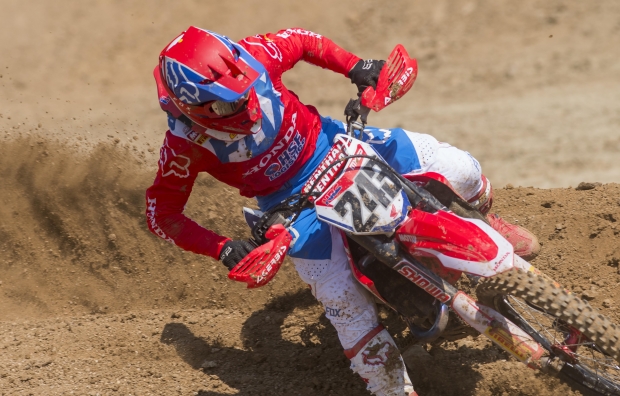 Tim Gajser has put together an impressive performance today at Afyonkarahisar, where the MXGP of Turkey is currently underway. The young Slovenian rider was second at the finish line at the end of the qualifying race at this brand-new, hard-pack motocross track, while his team mate Todd Waters finished the moto in seventeenth place.

Despite the usually-chaotic start and a few moments on corner exit, the two-time world champion managed to consolidate second place as he rode hard aboard his Honda CRF450RW machine in order not to lose touch with race leader Jeffrey Herlings.

By the end of lap six, Tim was almost ten seconds ahead of Jeremy van Horebeek in third and while he could not bridge the gap to the front, he still maintained an extremely competitive pace by riding in the low 1’45s up to the chequered flag to finish one and a half seconds away from the winner.

Waters ran as high as fourteenth in the early stages of the encounter but despite dropping down to 17th place halfway through the race, he still managed to keep a consistent pace and never lost touch from Julien Lieber, despite being unable to make a move on the Belgian opponent before the chequered flag was waved.

It was a good day and I’m quite happy with the speed I’ve shown. I felt good on this track right from the beginning: it’s really fast and has some big jumps - and this usually translates into something I really like. I didn’t get the best of starts but I was on the inside at the first corner, so I managed to move up to second place behind Jeffrey. I tried to follow him all race long and in the end we were not too far back, so I’m looking forward to tomorrow.

At the start, I managed to get up to fourteenth place and rode behind Tommy Searle. The first lap is always quite crazy – with people going a bit everywhere – but I tried to keep a good pace and follow him, until he overtook Alessandro Lupino. I got a little bit stuck behind Lupino and then I had a coming together mid-air with Seewer, which cost me a few positions. In the last quarter of the race I tried to follow Julien Lieber but couldn’t make a move on him. We made some little steps forward and hopefully we’ll be able to find some more speed tomorrow.

Tim’s pace today was absolutely top class and right until the end he tried to get closer to Herlings – which he did, actually. He was consistently quick throughout the whole moto and that’s a great sign ahead of tomorrow because he really loves this new track. Todd didn’t really improve his final position compared to last round’s qualifying, but his pace was a bit better. With some more motivation and a brace of good starts, he’ll hopefully manage able to step up his game tomorrow.

Qualifying Round 18   MXGP of Turkey Turkey 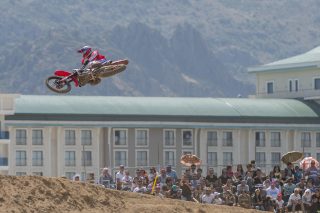 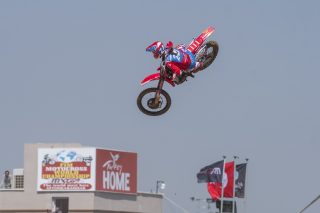 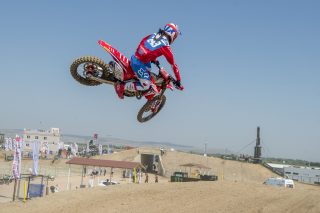 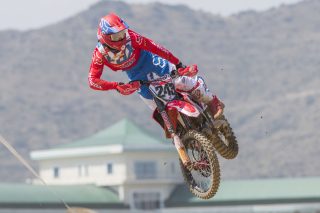 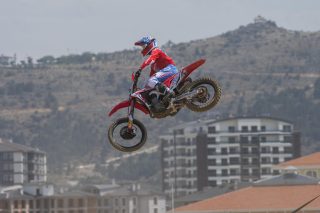 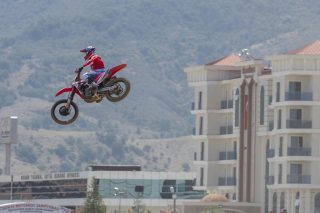 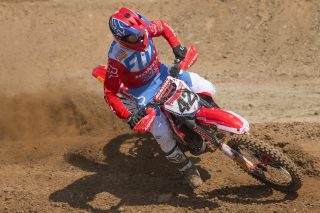 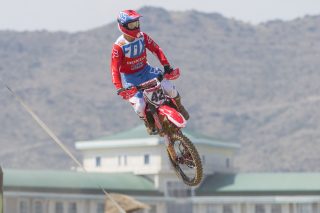 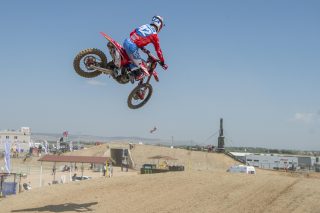