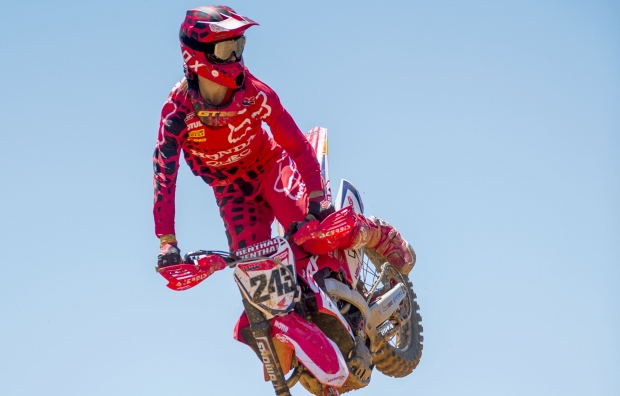 In the glittering Portuguese soil of Agueda; Tim Gajser took a fifth-place finish today in the qualifying race of the MXGP of Portugal.

After a tentative comeback last week, Gajser proved he was prepared to come back fighting this weekend on his CRF450RW. In the first corner off the start, he clashed with another rider which set him back into sixth. Within two corners, the Slovenian had made his way into third place with ease. After pushing Nagal for second, he made a mistake which meant he went off-track, costing him two positions. Readjusting himself, Gajser smoothed out his riding, pulled a comfortable gap and came in fifth.

Bobryshev on the other hand, found today to be a challenge. Still recovering from his collarbone injury, the hard-packed track was unforgiving on the Russian. Not wanting to give up, he pushed through the pain to finish 15th. He will be having physio treatment overnight to try and improve his condition for tomorrows race.

Today was good, I was enjoying it a lot, I actually can't wait for tomorrows races. I was feeling really good on the track. It is going to be really sketchy tomorrow because the track is quite hard and when they put water down, it is harder to ride as it is sketchier. I think the start is very important as there are not too many lines, Ok- you can make passes but you make your life easier if you start out front and then you just race your race. I am quite happy with today, the speed was there, everything was there. I made a couple of mistakes today, I went off the track then I couldn't get back on where I thought straight away but I am not worried and can't wait for tomorrow.

For me this was a difficult race. I was ok in the beginning for three to four laps and then I struggled with pain. My shoulder drops and I can't hold it up so much which gives me arm pump and then my style completely changes. I just started making mistakes and missing my speed because I couldn't hold on. I finished far away in fifteenth place which isn't where I want to be finishing. I have to keep my head up and keep working and just wait until I get better, then everything will come back. For tomorrow, I will just see how I go and it may be even better. I need to make a good start and get my confidence in the race.

We can see a definite improvement in Tim today from last week in Ottobiano. He did make a few mistakes costing him third place to fifth place but that is to be expected from someone who is on road to recovery. I look forward to seeing him racing tomorrow.
Bobby unfortunately suffered arm pump because of his repairing collarbone. We are going to work on that with a physio overnight and hopefully we can make it easier for him tomorrow in the race but I feel it will be difficult for him.

Qualifying Round 12   MXGP of Portugal Portugal 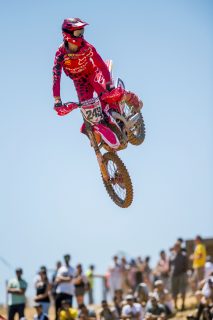 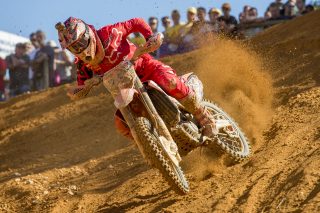 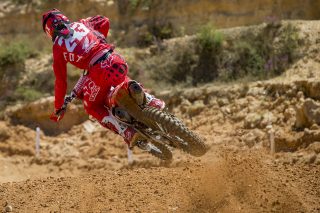 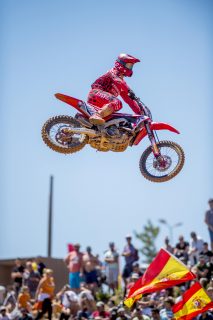 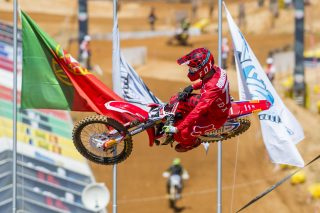 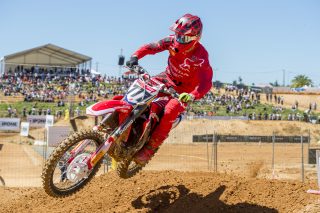 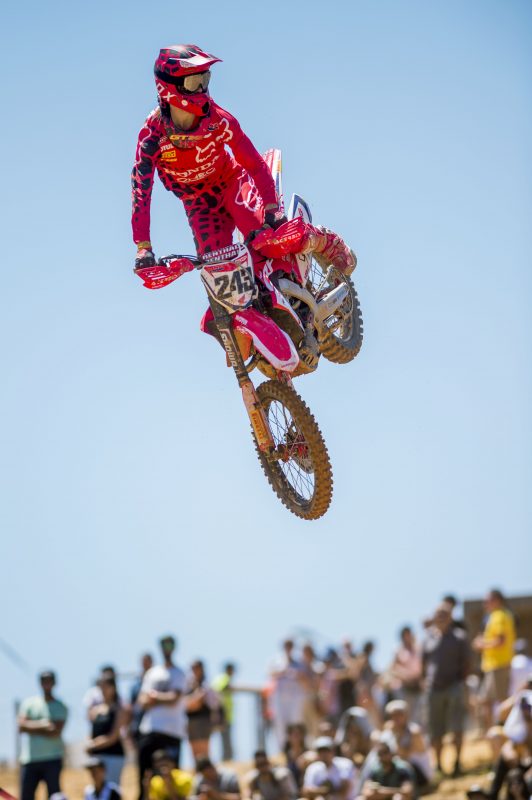