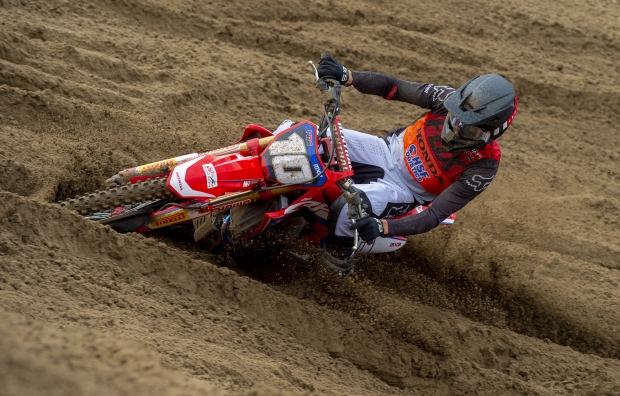 Calvin Vlaanderen put his Honda CRF250RW in a strong position after finishing in second place in Lommel, at the MXGP of Belgium. He continued his good speed from the Czech Republic but also showed consistency and smooth riding, holding off those behind him to finish with second gate pick for the main motos tomorrow.

Despite missing a week of testing, as he recovered from a shoulder injury, Vlaanderen quickly got up to speed in the deep sand and posted the fourth fastest time in timed practice. With a good gate pick, his CRF250RW powered him down the start straight to round the first bend in third, moving into second quickly after that. With riders close behind him for most of the race, the Team HRC resisted all the pressure and made very few mistakes as he rode to an impressive second place finish and he’ll be hoping for more of the same on Sunday in the slightly longer points scoring races.

Tomorrow, Vlaanderen has a warm up session at 10:25am, which is then followed by the two main races at 12:15 and 15:10 where he will be looking to get back on the podium with two good motos.

The day started off pretty good, which was a bit of a surprise as I wasn’t able to ride this week after hurting some ligaments in my shoulder during the incident in the Czech GP. I wasn’t really sure what to expect as we’d also changed a lot of things on the bike but it worked well and I gelled with the CRF250RW right away so I was comfortable in free and timed practice. I posted the fourth best time in timed practice and that gave me a good gate pick which allowed me to start well and place third around the first bend. I passed into second on the first lap but I wasn’t quite able to keep up with the leader but I was riding my own race and concentrating on riding smooth. I do think we can change a few things though and it can go even better tomorrow so I’m looking forward to trying to improve.

It was great to see Calvin riding so well in these sandy conditions, especially after missing training with his shoulder problem. We weren’t sure how he’d do but he showed once again he is one of the fastest riders in the MX2 class on any surface and he rode really well. We are hopeful that he can perform at this level tomorrow and get up on the podium once again and show he is one of the best 250cc sand riders.

Qualifying Round 14   MX2 of Belgium Belgium 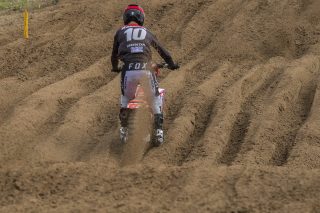 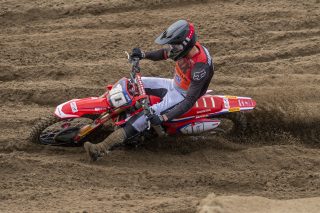 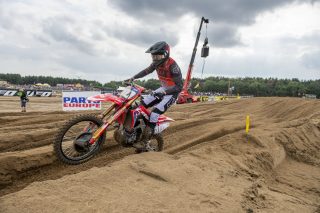 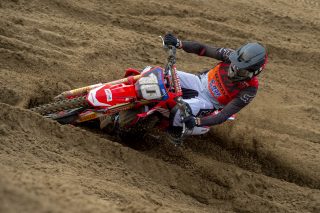 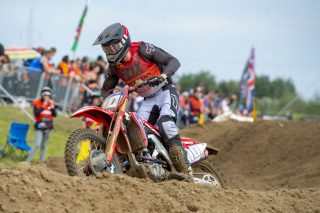 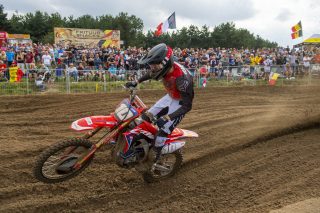 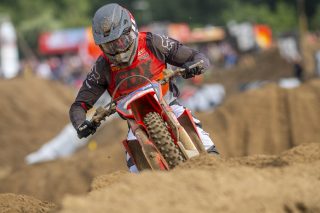 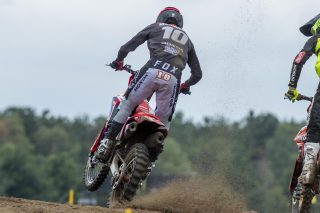 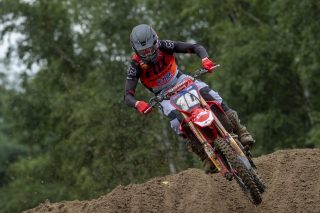 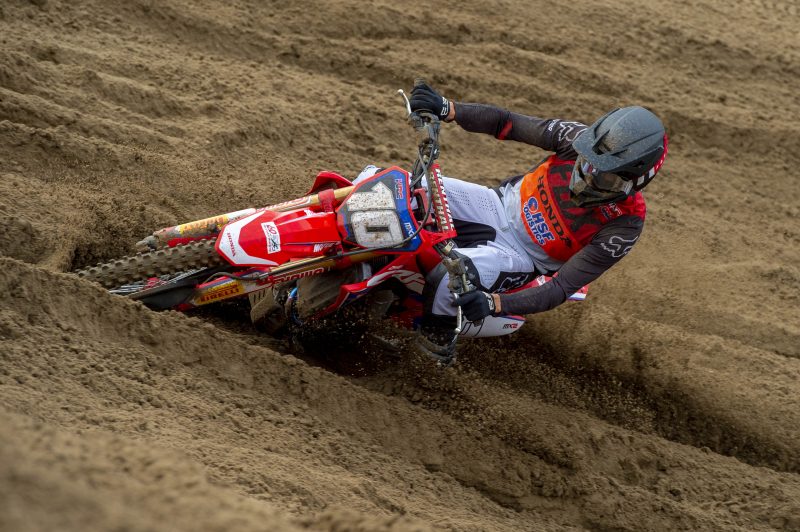