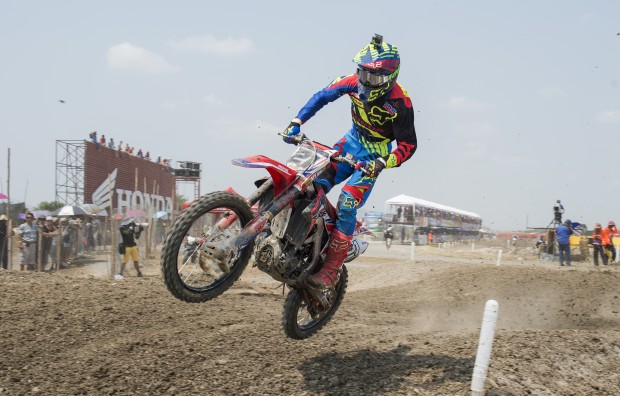 It was a day of mixed emotions for Team HRC in Thailand today as the true performances of Gautier Paulin and Evgeny Bobryshev were hampered by crashes that meant the pairing had to fight their way through the field in both races.

The races today were run in very tough conditions as the temperature reached 38 degrees Celsius, leading the organisers to cut the second race duration by five minutes.

For Paulin, it was a case of making some fantastic passes after suffering crashes in both races. After fighting in the top three in race one, the Frenchman crossed the line in 7th, but had a mountain to climb in race two. A crash on the opening lap put him down in 25th, from where he commenced an impressive fight back on a track that proved remarkably difficult to pass on to cross the line in sixth, for sixth overall in the Grand Prix.

Bobby also fought back from a bad gate pick after a crash in qualifying yesterday to finish tenth in the first race and 12th in the second, having been running in eighth until the closing minutes. It was another solid day for Bobby as he continues to build his race seat time having missed the last half of the 2014 season through injury.

“The performance potential wasn’t realised today. Gautier, because he didn’t make absolutely clean starts, was in the traffic and suffered for that twice, in both races. That lost him a lot of places so he played catch-up all day really. Historically Bobby hasn’t been mega in these sorts of conditions, but we’ve seen a good improvement here which is good to see. We've seen an improvement in his riding too. He’s getting more confident and feeling better on the bike so that’s very important. From our side, we’re still in there as it’s a long season and you’re going to get days like this.”

“Today was not so bad for us. In the race, Gautier made some small mistakes but rode very well to make a good recovery when it was difficult to overtake. The results overall are not as good as we want, but the season is long and we can take some strong positives from the weekend. Bobby rode two good races too. He’s had half a year with no racing, and in Qatar last weekend and Thailand this weekend he’s been riding hard, especially coming through the field from a bad gate pick. These were very tough conditions, but he’s continuing to build strongly now that he’s back in the GPs.”

“In the second moto I crashed on the third corner but it wasn’t my fault as I got hit by another rider. I was on the ground and another rider rode over me but I managed to get back to sixth, with a shorter moto. I think I would have been fourth with my pace.

“In the first moto, I had two crashes. I landed on Rattray when he changed line and I was already in the air, and the second was my fault. But I’m happy with my riding after the crashes; with the way I was riding to get back and the lines I was choosing to make these passes. On paper it’s not bad, but we’re just looking forward to the next GP now.”

“You know, today was a really really tough day for everyone here because of the heat and the track. When you have lots of work to do in this heat, it’s very difficult. For me, I had a crash yesterday so I had a bad gate pick but I managed to come through. That’s really difficult in the beginning because you have really to fight and concentrate a lot and you use a lot of energy.

“I was for a while off the bike and not racing last year and I feel at the moment like I’ve missed six months of riding. Before the season started I was looking at it like I will come back and be at the front because the training was going well, but racing is a completely different story so it’s taking time. At the moment we need to build it up. The team understand it and are really helping and supporting me, and overall I’m really happy with the bike. My goal this weekend was for more solid points because the season is long and we’re continuing to rebuild, so I’m really looking forward to the next GP to keep this going.”

Race Round 2   GP of Thailand Nakhonchaisri 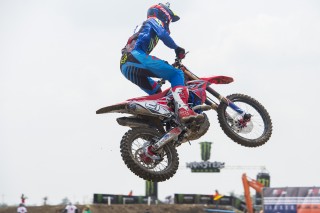 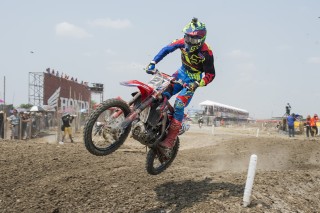 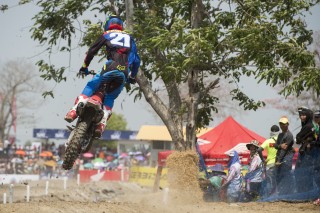 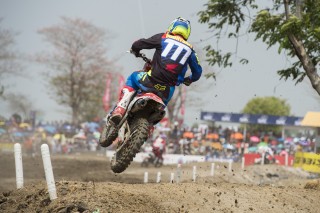 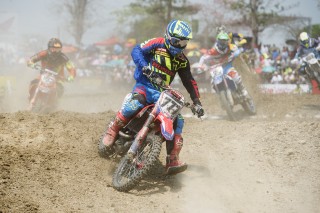 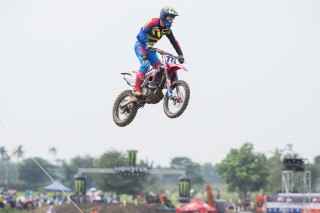