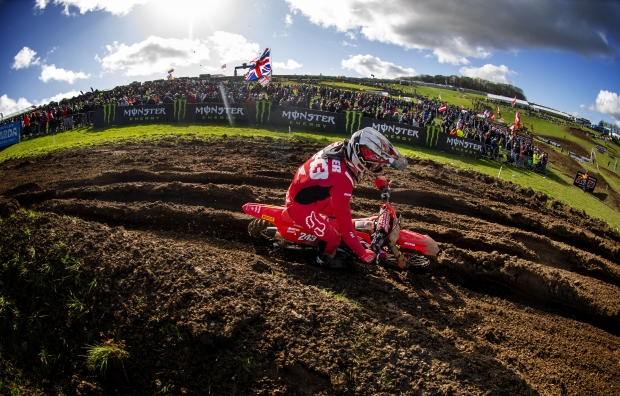 Tim Gajser and Mitch Evans head to Valkenswaard, Netherlands this weekend for what should be another tough test for them and their new Honda CRF450RW. After successfully negotiating the first round of the 2020 MXGP season with second and fifth overall results respectively, both riders are confident that they can maintain their high standards at this Dutch sand-track, located near the Belgian border.

With the vast quantities of rain that have fallen over northern Europe in the past few weeks, many expect the facility to be a lot rougher than in previous years, where the cold temperatures meant that it was almost hard-pack in places. This should provide a much different challenge than the rutted-dirt that was present at round one in Matterley Basin, Great Britain.

Last year, Gajser went seven-two for third overall here but he’ll be hoping for a bit more after another year of working on his sand skills. His improvement was highlighted when he won the Lommel GP in August 2019, known as the toughest motocross race in the world, so together with his new CRF450RW, expect the #243 machine to challenging right at the front of the field.

For Evans, his first and only visit here ended up with him scoring a 10th in race two in the MX2 class. However, after his excellent three-seven results in his MXGP debut last weekend, he’ll be hoping to cement himself as a top five prospect in conditions which should be similar to the pre-season race in Mantova, in which he came away victorious in the Super-final there.

Now though, the riders are preparing for Valkenswaard in what will hopefully be a return to the usual schedule with free practice at 10:20 on Saturday 7th March, with a qualifying race at 16:10 that same afternoon. The points scoring motos then take place at 13:15 and 16:10 on Sunday 8th March.

Matterley went well overall. I’m a little disappointed with the first moto and making a couple of mistakes, but the second race was much better. I’m happy with my speed, with my fitness and with how the new CRF450RW performed so I’m really looking forward to going racing in Valkenswaard. It’s not my favourite track, but I’ve had some good results there in the past so hopefully I can repeat those and enjoy my races. This week, I came straight to the Netherlands from England but we have struggled to find any good tracks that are open to practice on, so I will go to Germany to train one day, just to make sure we are ready for the weekend.

I’m really happy with how the British GP went, going three-seven for fifth overall. So no complaints. Really happy with my riding over the weekend and definitely glad to get the season underway. A little bit of pressure has gone now that we’ve done the first race, and now we can just concentrate on each weekend as it comes. This week we’ll just do one day of riding and I can just get ready for the sand in Valkenswaard. Last year it was a little bit hard pack but with the weather being so wet, I think it’ll be a lot deeper and rougher this year, so I’m looking forward to getting out there and doing my best.

So round one is over and the season has officially started. I think both riders at Team HRC did a good job and showed everyone what they are capable of, so now it is just making sure that they are in the position to repeat that every weekend. Valkenswaard will be a much different test than Matterley Basin but we feel with the work we did in Sardinia that our level of riding in the sand is very high and hopefully both Tim and Mitch can display that on Saturday and Sunday. 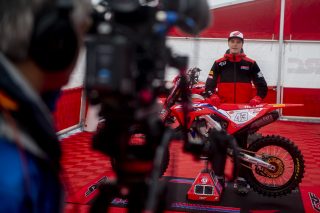 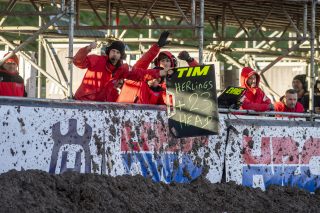 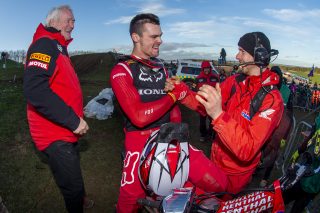 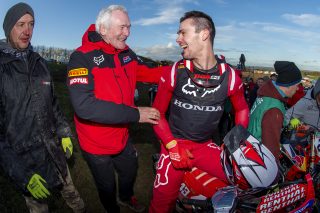 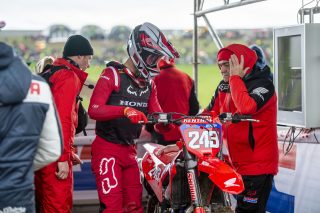 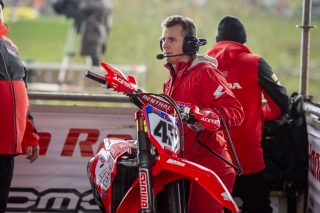 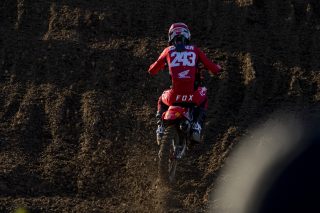 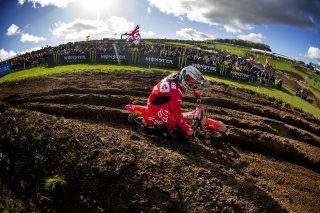 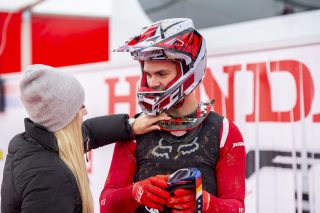 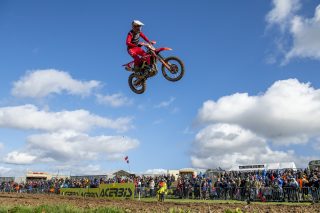