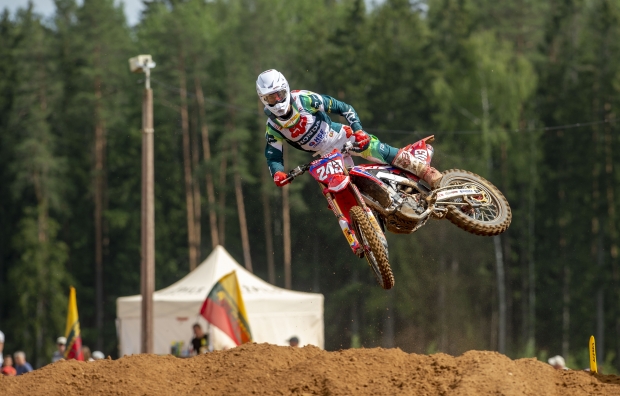 After posting the fastest lap in timed practice, Team HRC’s Tim Gajser endured a tough qualification race as the Slovenian rider ended up in 18th place at the MXGP of Latvia. Held at the sandy Kegums track an hour south of Riga, Gajser will now have a difficult job in tomorrow’s motos, but the red plate holder is still confident that he can perform well and maintain his championship lead. Fellow CRF450RW rider Brian Bogers had a decent finish though, posting a 13th place after fighting through the pack at a track that he enjoys riding.

Coming into the weekend, confidence was high with the #243 having won the last six motos in the 2019 world motocross championship series. And after a second place in free practice and then grabbing the fastest lap in timed practice, things seemed to be going well on a track that isn’t quite as sandy as it has been in years past. Unfortunately, despite having first gate pick, he wasn’t able to get out of the gate well and while fighting in sixth place, he made a mistake in the wave section and ended up on the ground. With the handlebars a bit twisted from the impact, Gajser pulled into the pits to straighten them, before re-joining the race outside the top 20. As the laps counted down, he made a couple of passes and ended up the race in 18th which leaves him with a tough assignment in the races tomorrow. Still, he knows he has the speed to challenge at the front and with some starts like he had in Russia last weekend, he can set about trying to win another overall which he has achieved at the last three rounds.

For Bogers, the qualification race was a hard fought battle from lap one until the chequered flag. All race long he had riders around him and with the tricky conditions forcing riders into mistakes, he performed well to move through the field and finish in 13th place. His target is still to place in the top 10 though and he knows a lot of that is down to the start but with a slightly better gate pick for tomorrow, the Dutch rider is confident that he can get the job done when the gate drops tomorrow.

The day started well and I was feeling good on the bike. I set good laptimes in free practice and timed practice but then in the qualification race I didn’t get the best jump and then I lost a couple of spots in the first corner too when I almost spun out because it was a bit looser than I expected. I was around fifth or sixth but I wasn’t feeling like myself, I didn’t find nice lines and I just wasn’t happy with how things were going. Then I made a mistake in the wave section and the bike hit the ground quite hard and it bent it. I pulled into the pit lane to straighten it up because it was almost unrideable so overall it was a disappointing qualification race. I finished 18th, so I don’t have the best gate pick for tomorrow but I will give my best and try to have two good races.

The day actually went well because I came into this weekend feeling sick, which I think I got from the travelling to Russia and back. In these conditions, with the temperature and the track surface it is quite tough but the day didn’t go too badly overall. Of course I want to do better than 13th in qualification because it is a little bit sandy and I know this kind of track well. However I didn’t get a great start though which doesn’t help but I worked my way up through the field and had some good battles along the way. It’s not too bad for tomorrow though, it’s quite a good gate pick and I need to make sure that I capitalise on that when the gate drops.

It wasn’t a great day for Tim because he now has an outside gate pick for tomorrow and this isn’t such an easy start if you are down the field. Still, it is good that he is okay and we know his speed is up there with the top guys so if he can get out of the gate well, he is extremely capable of winning another MXGP event. The red plate looks really good on the Honda and Tim has proved he can overcome difficulty before, so we are confident that we will still have it after the two motos on Sunday.
For Brian, it was a good solid performance and it was nice to see him battling so hard with the riders around him. He showed that he can pass riders and has the speed to get higher up in the placings if he can get out of the gate so that’s what we’ll be hoping he can do in the races.

Qualifying Round 9   MXGP of Latvia Latvia 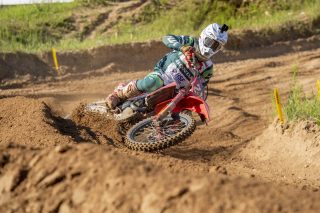 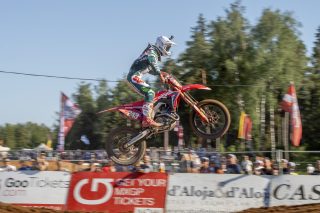 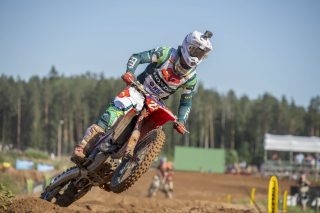 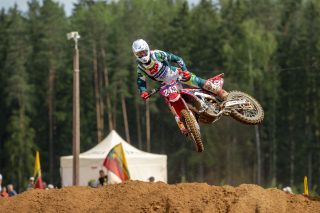 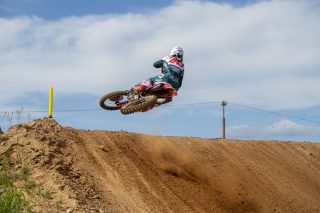 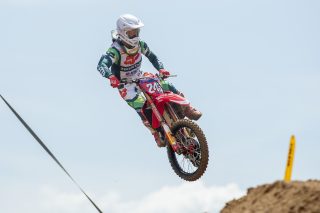 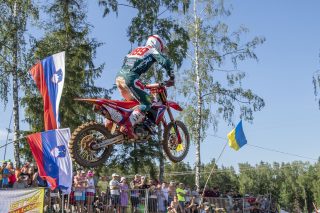 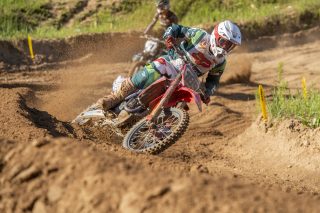 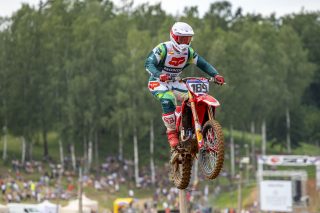 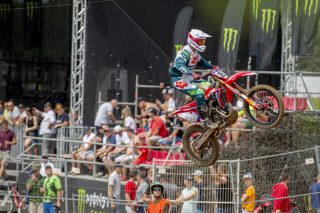 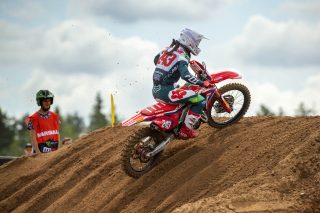 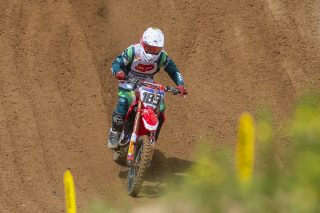 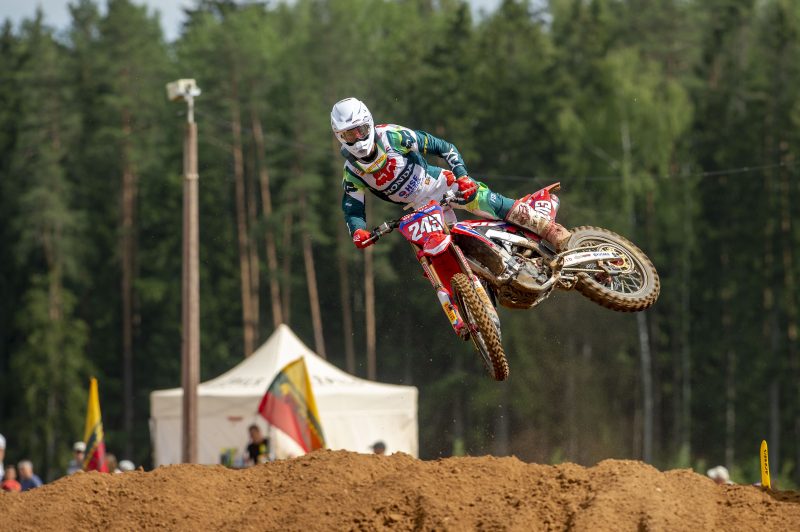