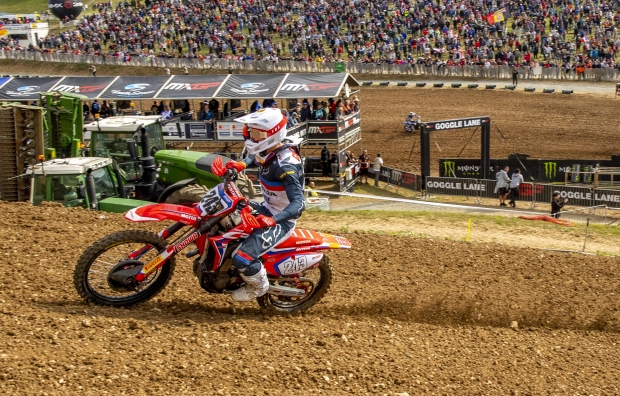 Tim Gajser continued his good run of form by taking a convincing qualification win at the MXGP of France. The Slovenian rider showed speed in all three sessions and looked right at home on the hard-packed St Jean D’Angely surface.  Teammate Brian Bogers was running just outside the top 10 for the majority of the moto but a mistake near the end dropped him to 17th for the chequered flag. This denied him a decent gate pick for tomorrow’s races but his speed was there and if can get a good jump out of the gate, he can mix it up at the top of the field.

In free practice the gap was 1.7 seconds, in timed practice it was 1.5 seconds and then in the qualification race Gajser posted the fastest lap by just under one second on his way to an extremely impressive Saturday performance. He rounded the first bend inside the top 10 and after a few quick passes he found himself in third place. After settling in for a couple of laps, he made his move into second and quickly closed the gap to first place. While other riders were struggling to make their moves, the Honda CRF450RW’s superior speed really showed and Gajser quickly passed into first and pulled out a nice lead by the end of the race. After his one-one performance at Portugal it was another reminder of just how well the Slovenian can ride. All of this means he heads into tomorrow’s motos filled with confidence and looking forward to closing the gap at the top of the MXGP championship even more.

Coming into the weekend, Bogers knew that he needed to improve his Saturday, if he wanted a chance to do better on Sunday, and he seemed to be doing just that as he was 12th fastest in free practice. Timed practice didn’t go so well, but the Dutch rider still felt more was to come in the qualification race. After a top 20 start, he quickly worked his way into 11th position, knocking on the door of the riders inside the top 10. A small bobble lost him a position and then with just a few laps remaining, he crashed which meant that he crossed the line in 17th. It was an unfortunate ending but with a more forgiving start gate in France, he is still hopeful of repeating the speed from the first half of the race, tomorrow.

The track was quite a tricky one and I wanted to make sure I didn’t make any mistakes because I know how hard it is to pass here. After getting first gate pick for qualification I hoped to get a better start but even when I saw there were a few riders in front of me, I remained patient and picked them off. Arnaud Tonus was riding really well so I was happy to move into the lead and then I put in a couple of fast laps to give myself a gap so I could cross the line comfortably in first. Tomorrow is of course a different day but I’m really happy with how I rode in all the sessions today and I can’t wait to try and do the same on Sunday. A big thanks to my team for keeping up all the hard work and continuing this positivity from Portugal.

It was not too bad today. I am feeling quite good on this track and I like riding here. The surface is good and I have the feeling that I can faster than what I’m going right now. The trouble is that when I do, I make small mistakes, so that’s what I want to cut out for tomorrow’s races. I need to focus all moto long, which won’t be easy as it is quite a tricky track but my riding feels good and I’m looking forward to tomorrow.

Once again Tim is showing just how fast he can be when he is feeling comfortable on the bike. He looked great all day, posting fast laptimes which had a big gap over second place. Even in the qualification race he looked smooth and in control and didn’t panic when he didn’t get the best of starts. He worked his way to the front of the field and then put in a couple of sprint laps that no one else could match. We really hope for more of the same tomorrow and are confident that if he rides like that, he’ll score a good number of points in the motos.
Brian also looked to be riding much better this weekend. The end result isn’t a fair reflection on how he was riding but we know this track can be tough and that a lot of riders made mistakes so he needs to remain focused and believe that he can find himself inside the top 10 at the end of the race.

Qualifying Round 7   MXGP of France France 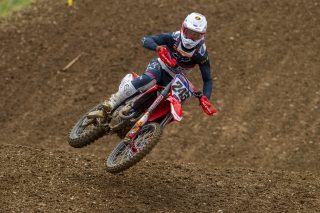 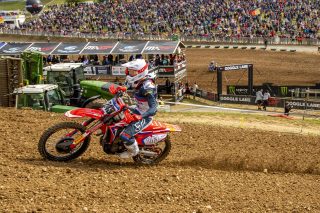 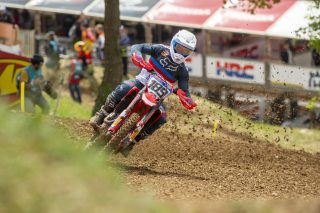 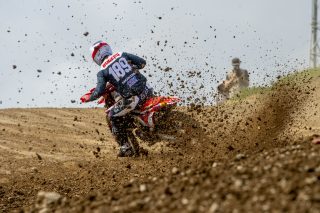 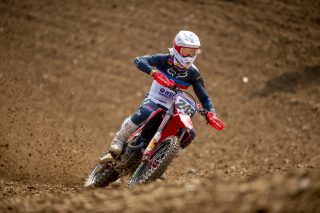 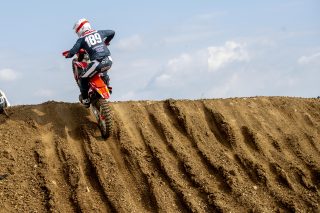 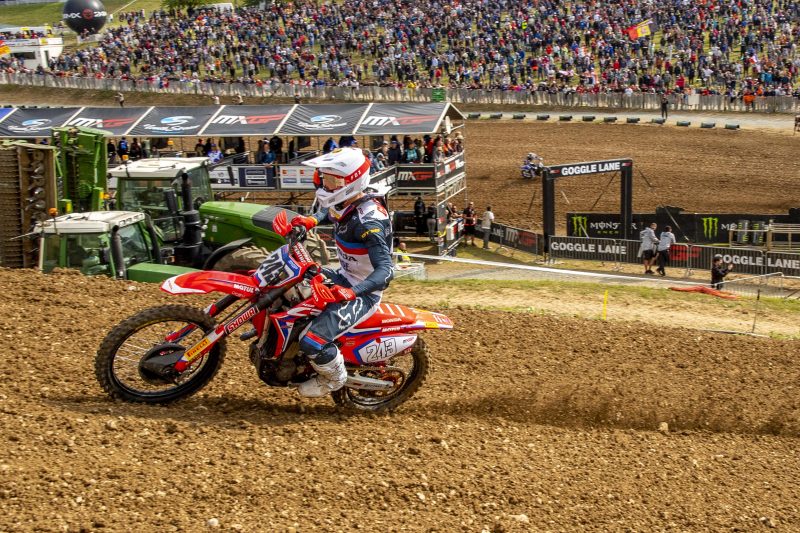