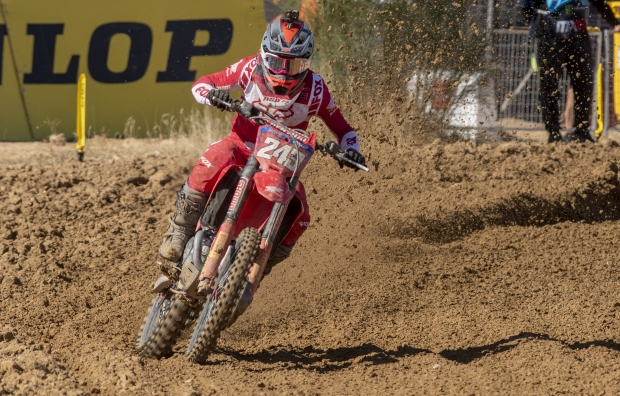 Team HRC’s Tim Gajser once again increased his championship lead after going three-two for second overall at the MXGP of Spain. Held near the Spanish capital city of Madrid, the Arroyomolinos circuit was a new addition to the 2020 MXGP series and it provided a great back-drop for another impressive performance from the reigning world champion.

Coming into this 12th round of the series, Gajser was 11 points ahead but he now heads to Belgium and the Lommel triple-header 24 points clear of his nearest rival after two consistent and controlled races on board his Honda CRF450RW. Starting the day with yet another first gate pick, his sixth qualification win of the season, the Slovenian didn’t get the best of starts in either race, but using superb race-craft he swept inside the top three within a few corners. From there he pressurised the leaders, even making a pass for the lead in moto two, but rather than risk a dangerous manoeuvrer on this rutted hard-pack track, he settled into a good rhythm, safe in the knowledge that he was picking up valuable championship points.

By the end of the races he was over seven seconds clear of the riders behind him, riding in a smooth controlled fashion, and happy with the 42 points he accumulated. There are now six rounds remaining with three races apiece at the deep sand track in Lommel starting next weekend before moving to the stony hard-pack in Trentino on November 1, both tracks that Gajser has won at before.

Unfortunately, teammate Mitch Evans’ day was cut short after flat-landing one of the big jumps on this Spanish circuit in moto one and injuring his left wrist. It was a real disappointment for the #43 because he was performing really well at the time, running in fourth position and challenging up front with the leaders. This was after a morning qualification session that saw him finish third, his joint-best of the season. He will now head to Italy to get further assessment on the wrist, which will then decide his plan for the last six rounds.

It was a good day today, and I really liked the track here in Spain. I didn’t have a good start in either race but I was still able to finish third in race one and second in race two. The second moto, I was especially happy with the line I chose for the second corner as I swept all the way from seventh into second. I then tried to push, had some nice lines, and briefly passed Jorge before he passed me back. We stayed together for quite a lot of the moto but then I saw that Romain wasn’t so close behind me so I finished second, for second overall. The championship gap has increased but my focus for Lommel is to go out there and have fun. A big thanks to the team who have worked hard, and I hope that Mitch will recover quickly because he was riding really well.

A real mixed day for our two riders today. For Tim, it was another mature performance, knowing what he needed to do and not pushing too much to create chances which weren’t there. It is now his eighth podium in 12 rounds and he leads the championship by 24 points, almost a full moto. He now heads to Lommel, which he won last year, where he’ll hopefully get a couple of days of sand training in before the GP next Sunday.
Unfortunately, Mitch suffered a wrist injury in the first moto, when he was riding exceedingly well. He looked good in qualification and had started the race well, almost passing for the lead before settling into fourth place. We must wait until he sees a doctor in Italy before we know the timeframe for his return, but it is a real shame because he was really showing some good speed and we truly believed he could have challenged for podium today, and in future rounds.

Race Round 12   MXGP of Spain Spain 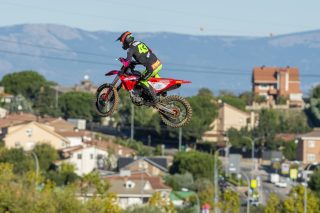 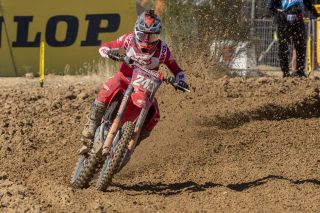 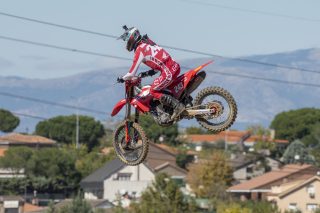 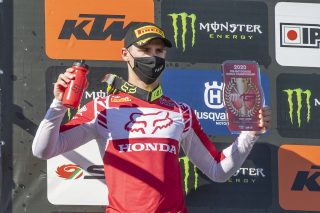 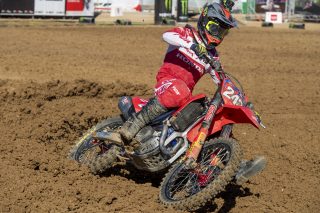 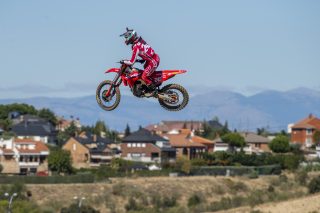 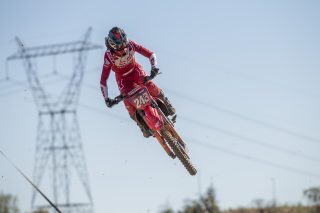 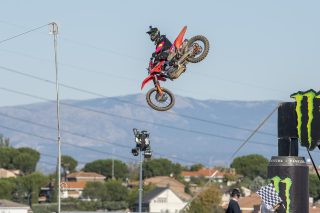 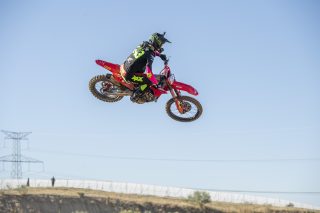 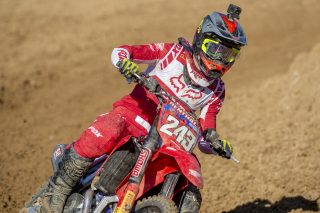 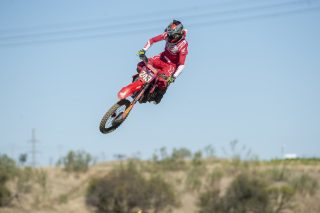 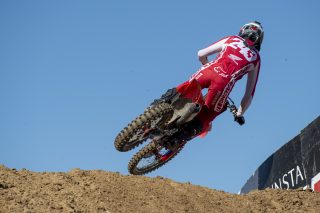 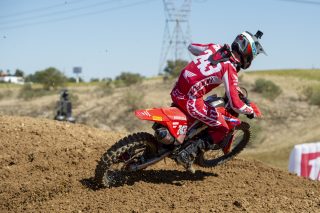 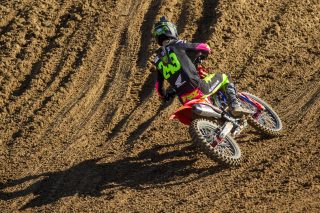 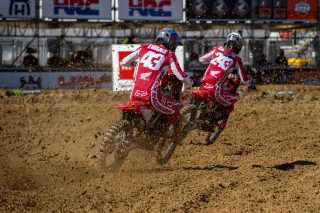 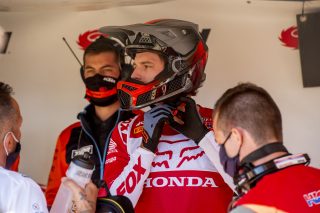 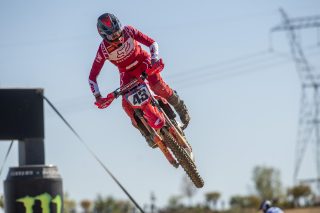 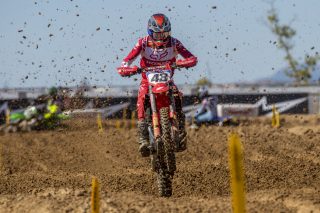 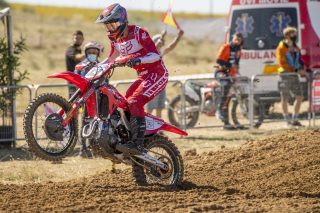 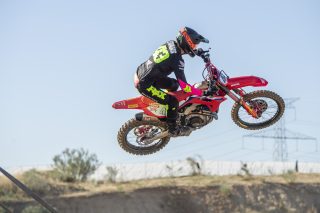 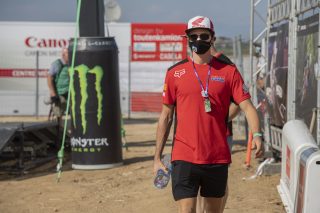 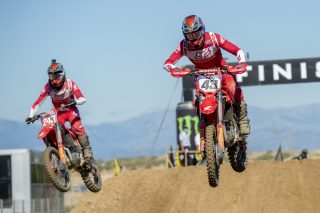 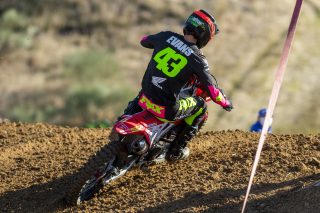 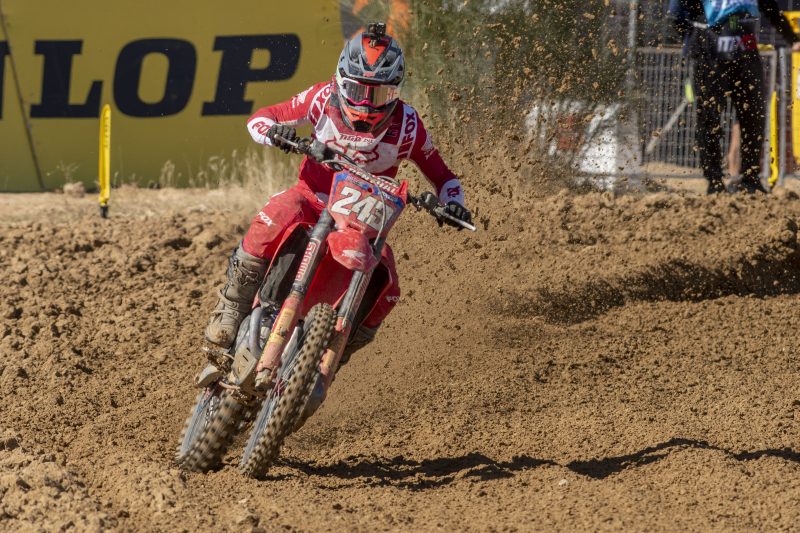