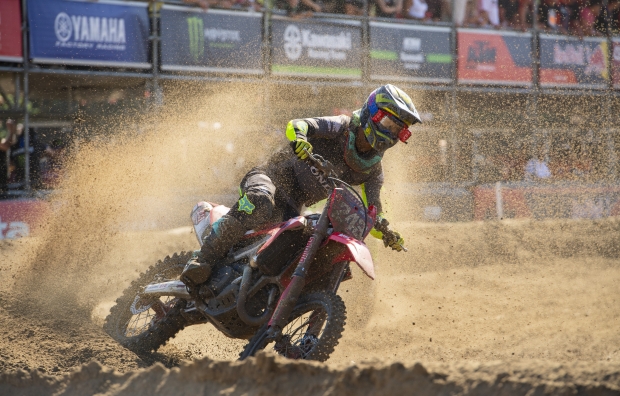 Team HRC’s Tim Gajser heads into the final four rounds of the season with a commanding 122-point lead, after a tough day at the office in the deep sands of Lommel. His seven-seven moto scores weren’t what he was looking for, especially after qualifying in second place yesterday, but in extremely difficult conditions the #243 kept the championship in mind to race solidly for seventh overall.

With temperatures around 30C, the MXGP of Flanders was always going to test the riders, and combined with the typical Lommel deep-sand, the motos were all about getting through the 30 minutes plus two. Having won here three times in the past, Gajser was hoping to add to that number and with second gate-pick, he then gave himself a good chance in both races with two top five starts. Unfortunately, he just couldn’t find good lines to negotiate the deep holes and bumps, and realised early-on that it would be damage-limitation mode. Keeping fairly consistent laptimes, the Slovenian did his best to avoid any major mistakes and managed to cross the line in seventh place.

Hoping for better in race two, another good start saw him challenging for the top three positions. However, a small mistake in the rhythm section dropped him a couple of positions and from then on, he once again tried to minimise any errors and just ride out the moto, knowing that he was still in a very strong position in the championship.

Teammate Mitch Evans wasn’t able to complete the first moto today, as the repercussions from his nasty qualification race crash forced him to retire after 15 minutes. Knowing that things would only get worse if he tried to line-up in race two, the Australian decided to sit-out and give his body some much-needed rest, in order to start the recovery so he can be ready for the next round in Sweden on August 6-7.

Making a return to the calendar after missing the last two seasons, Uddevalla is always a popular event and with the weekend off, both Gajser and Evans will look to get back to their pre-Lommel form, where the pair were challenging at the very front of the field. The cancellation of the MXGP of Oman, means there are now just four rounds remaining, with Sweden, Finland and France in back-to-back weekends before the series finale in Afyonkarahisar, Turkey on September 3-4.

I never really found a good flow in either race and when the track is as rough as it was, that makes things exceedingly difficult. I tried to push as much as I could, but the rhythm wasn’t there and it was more survival than racing. Obviously, I’m a little disappointed with the overall performance as I always want to be challenging for wins, so I’m going to use this weekend off to just make sure I’m ready for these final four GPs where I want to finish the season strongly.

Unfortunately, the after-effects from the crash yesterday were too much, and I had to pull off after about 15 minutes today. I’d actually moved through the field well, coming from near the back of the pack to around 15th but it took all my energy to do that, and I didn’t have anything left to give. Rather than risk further injury on a very tough track, I decided not to line-up for race two, and hope to heal up and get myself ready for the next round in Sweden in a couple of weeks. Thanks to all the support I received this weekend, it certainly hasn’t been easy, but I’ve learnt a lot and will continue to push hard for the rest of the season.

We knew coming in that this would be a tough weekend, with the track and the high temperatures so we tried to prepare as best we could. Unfortunately, things didn’t go to plan for Mitch, who was doing really well up until the crash in qualification yesterday, but he couldn’t perform to that level today and it is better for him to recover properly for Sweden. For Tim, he wasn’t able to find a good rhythm in either moto and just tried to score as many points as he could, and in the end, he is still 122-points ahead in the championship, with just four rounds to go, so it wasn’t too bad. Of course, we are aiming higher so that is what we hope to achieve when the series returns in Sweden. 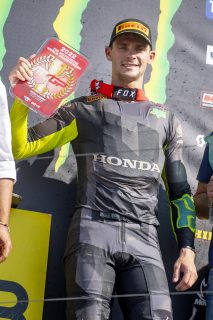 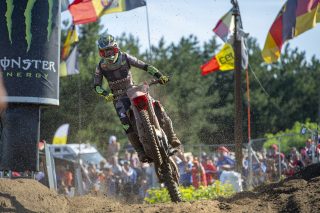 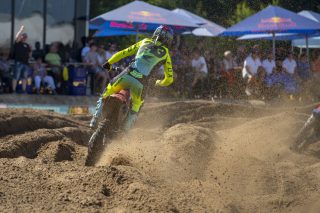 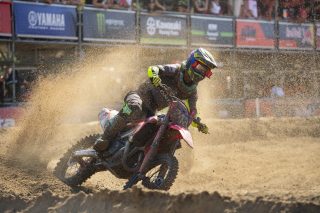 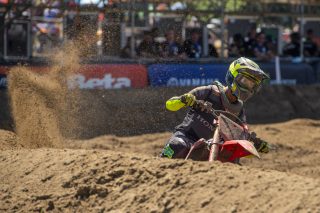 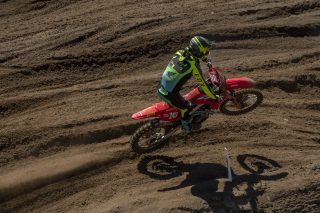 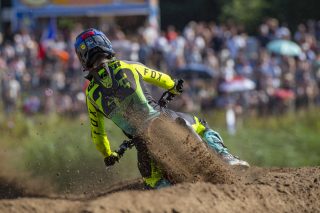 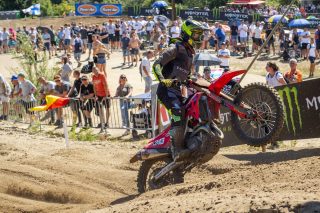 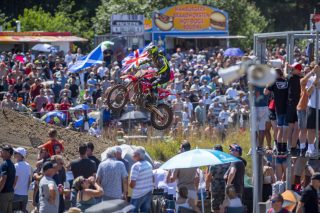 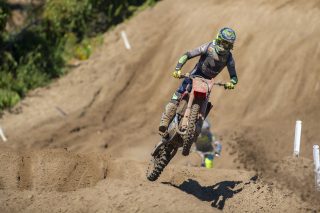 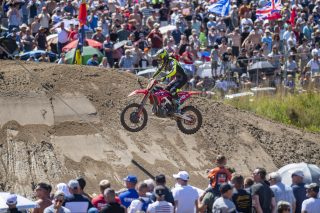 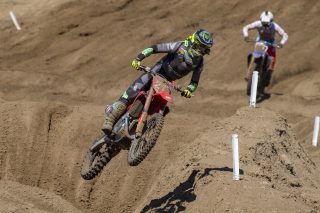 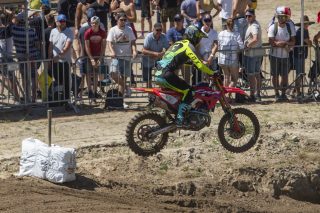 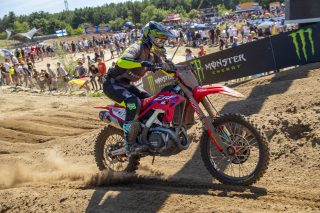 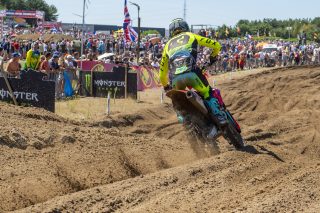 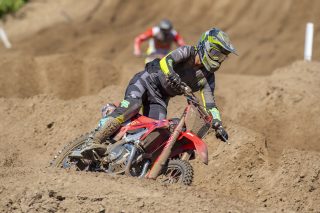 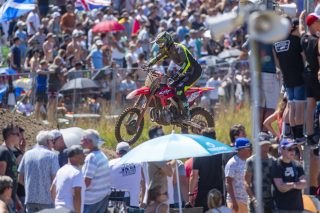 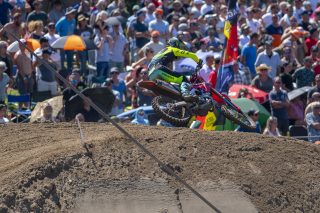 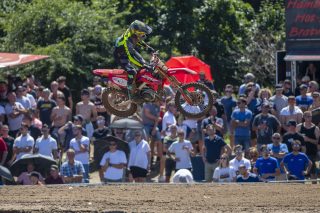 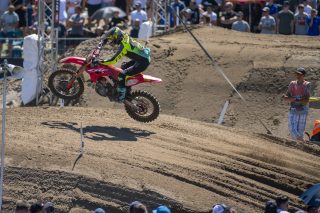 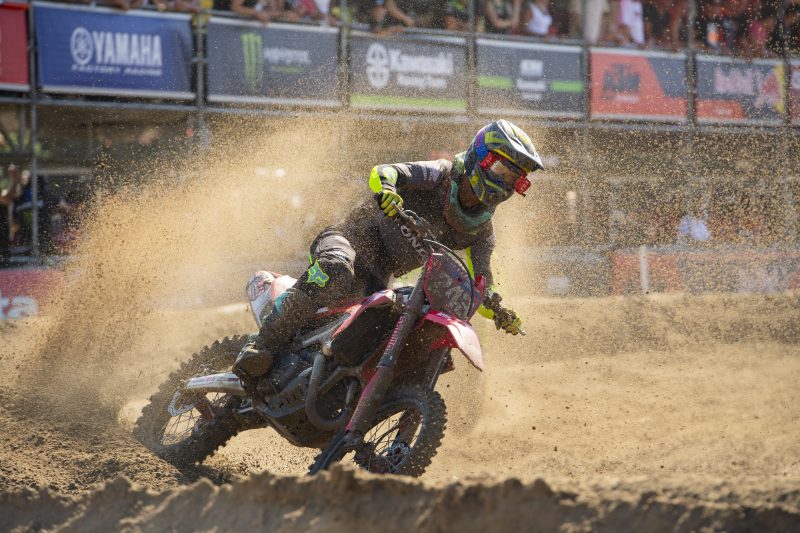