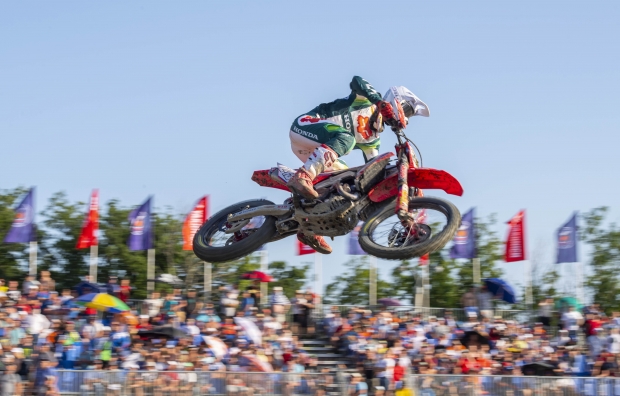 Team HRC’s Tim Gajser finished just over one second behind the winner in the MXGP of Russia qualification race, giving him second pick and a good chance to extend his run of four race victories in a row, when the races resume tomorrow. In scorching temperatures, the Orylonok track near the Black Sea in Russia turned into an extremely tricky proposition with CRF450RW teammate Brian Bogers one of a few riders to fall victim to the slippery hard-pack conditions, as he crashed and finished just outside the top 20.

After posting the second fastest time in free practice, Gajser showed great speed and resilience to take the first gate pick in qualification, posting a few laptimes that were slightly slower before finally getting the top spot with his penultimate lap. Although he had the benefit of the number one spot, he wasn’t able to take full advantage of this as he rounded the first bend in around 10th place. On a track that is difficult to pass on, the Slovenia rider had to move quickly to get into position and by the end of the first lap had moved up to sixth place. A few more passes followed before he was held up for five laps in third place. Eventually he moved into second place but with only three laps left he didn’t have enough time to make a move for the lead and instead had to settle for second. However, Gajser knows he has the speed and if he can get out the gate well in both races, he has a very good chance to take more races wins, and add to the victories he picked up at the last two GPs in Portugal and France.

Unfortunately for Brian Bogers, a crash early on in his qualification race when running in 13th ended his chances of a good finish and instead the Dutch rider has to start from 21st gate pick tomorrow. It was a shame because the #189 got a good jump out of the gate and was around the top 10 as they rounded the first bend. In the initial first few laps he dropped a couple of spots but he was still running well and looking to find a consistent pace. That all changed though when he crashed on a downhill section that claimed a number of riders due to the rock-hard slick conditions. It was a big disappointment but he proved that he can get a good start from the outside gates and he’ll be hoping he can reproduce that two more times in tomorrow’s motos.

I enjoyed myself today, right from the first time that I got on the track. It ended up getting quite sketchy, but not rough, more hard-pack and when they put a little bit of water on it, it turned into ice. This made it important to stay away from those parts of the track but overall I felt good. Hopefully tomorrow I can make a better start as I was only around 10th place and although I managed to come through, it wasn’t easy to pass as there was just one main line. My speed is good though and I’m really looking forward to tomorrow.

I feel quite good on this track, I like the layout so that is good. The only thing is that it is very dry and hard-pack, so that is a negative from my point of view, but that is the same for everybody. Timed practice wasn’t too good but the times were very close and I was only just over a second from being in the top 10. Still, I need to find that second to get in that position and that will be make the qualification race easier. However I did get quite a good start, around 11th and after the first couple of laps when I didn’t feel comfortable, I was just starting to find my rhythm. Then, I had quite a big crash on the downhill which wasn’t great. I know I wasn’t the only one to crash there because it was quite a sketchy part of the track but when I remounted I was in last so I was riding on my own. Not the best gate pick for tomorrow but I hope I can get another good start tomorrow and try and put in two good motos.

We go into tomorrow’s races with Tim in quite a good position to add to his run of four race wins. He showed that he was fastest in timed practice, and then in qualification race he closed right up on first place when he finally moved into second place. If he gets a good start tomorrow, I really believe he has the speed to take victory once again and everyone in Team HRC is obviously very hopeful that he can do it.
Unfortunately Brian suffered a crash when running in a good place and that undid the work he put in off the line. That was much improved from the previous rounds and it is a positive sign that he can start getting involved in the top 10 at the beginning of these races. Overall though, I’m excited for another race day and confident both riders can put in some good results.

Qualifying Round 8   MXGP of Russia Russia 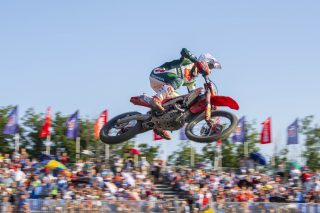 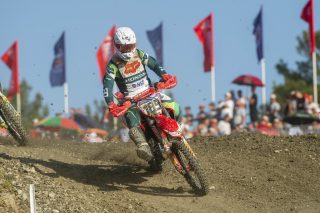 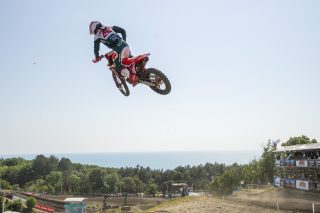 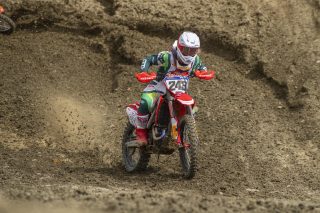 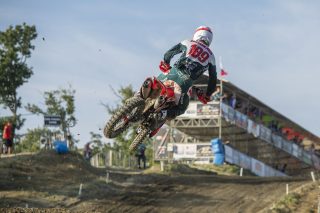 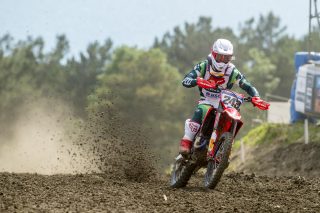 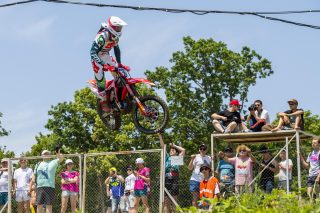 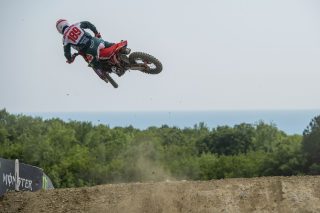 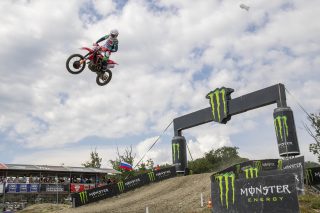 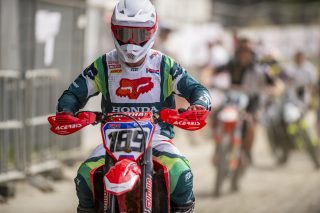 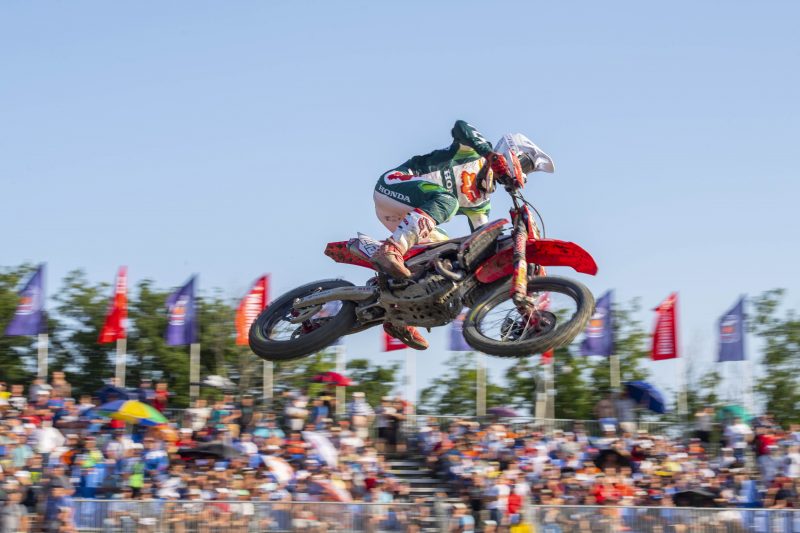