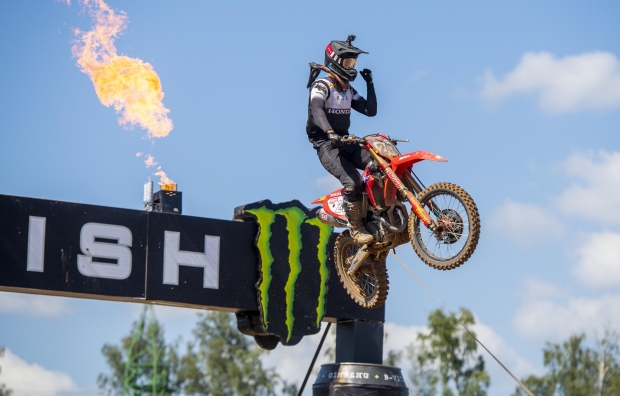 Team HRC’s Tim Gajser went one-five for second overall, as the MXGP world championship returned to action in what is the first of three rounds in a week at the sandy Kegums track in Latvia. His teammate Mitch Evans battled hard for his points but was up against it when he was collected in two first turn crashes, through no fault of his own.

After a five-month break, the #243 rider looked extremely fast in the abbreviated qualification format, posting the fastest lap which gave him first gate pick in what was a blisteringly hot day at the Kegums facility. With the races following shortly afterwards, Gajser kept that momentum and jumped out to an early lead in race one, showing the power of the new Honda CRF450RW as he received the holeshot award. A small mistake lost him first position but he soon regained it and looked comfortable as he posted his third moto win out of the five to have taken place in this extended 2020 season. In race two, another good start saw him round the first bend in second place and while he pressured for the lead, he wasn’t quite able to make the pass. With about 10 minutes remaining, Gajser looked to swap his line in the notorious wave section and while he looked like he would have the speed to make the pass, he wasn’t able to hold on and had to dismount the machine. This dropped him back to fifth place and while that meant the overall victory wasn’t a possibility, he was still able to finish second overall and move to within four points of the MXGP championship red plate.

After missing the last round of the season through injury, Mitch Evans was thankful to back in action this weekend, as he continues his recovery from the shoulder injury sustained at Valkenswaard. The Australian was unlucky to be involved in two first turn crashes which gave him no chance of battling near the front of this competitive MXGP field. Instead he had to work his way through the pack, managing to score points in both races and showing everyone that he is on the right road to the sort of form that saw him finish third in the first moto of the season.

With the next round on Wednesday, the riders don’t have much time to prepare themselves again, but both are confident that they can ride even better when they return on August 12th in what should be another hot day at the sandy circuit. Gajser will be looking to add to his three moto wins, while Evans will be hoping to show more improvement but both are excited to finally be back racing the world motocross championship once again.

I got a solid start in both motos, getting the holeshot on my Honda CRF450RW in race one and then right behind Glenn in race two, so I’m happy with how that went. My qualification was good too, giving me first gate pick and it was good to see that we were able to adapt to the new format quickly. Unfortunately, after winning the first race, I had a crash in the waves in race two as I tried to change my lines in order to make the pass for the lead. I did my best to re-join the race as quickly as possible but I dropped down to fifth, which is where I finished.

Obviously I would have liked to have made that pass but it didn’t quite work and instead I had to settle for second overall. The championship gap has closed to four points so I’m happy with that and I’m excited for the next two rounds here on Wednesday and Sunday. A big thanks to everyone for getting the series running again and for my team who have continued to work hard during this break.

It’s good to be back racing and it’s good to back at the GPs with everyone, even though there is a few restrictions. I’m just glad to be here racing really because the surgeon told me when I first had my operation that I would be out for six months so to be on the line in four months, I’m pretty happy with it.

Unfortunately I got caught up in the first turn pile ups in both motos, and fought my way back to 19th and 18th so it wasn’t great but I’m treating it as a building process and I need to regroup for Wednesday and work on my starts in order to make my life a bit easier. Still, the first race is done and I’m sure I’ll feel better and better as the season progresses.

It is great to finally be back at the races again and to see that both riders have been working hard in the break. For Mitch, it was more about recovery, but you can see he was trying his best and we know he will improve very quickly now that the first round is out of the way. Tim looked extremely good, just like he did in the first two rounds of the season so it was almost like we had never been away. Unfortunately a small mistake cost him the overall but he rode extremely well and we’re very happy with his holeshot and that he closed the gap in the championship battle to just four points. There will hopefully be a lot more rounds to come, but this was a very good first step back for Team HRC in the MXGPs.

Race Round 3   MXGP of Latvia Latvia 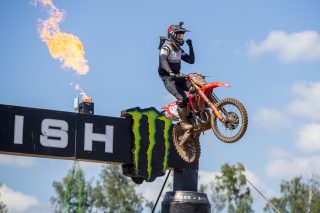 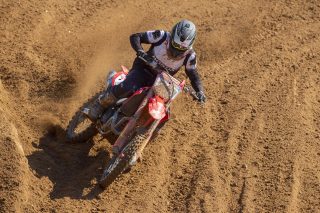 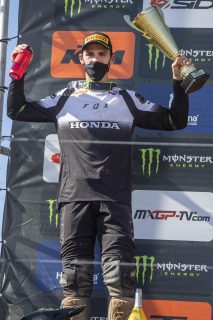 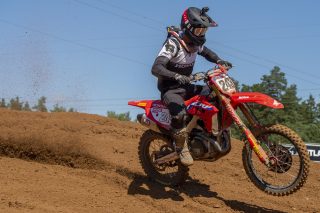 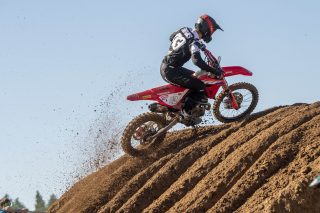 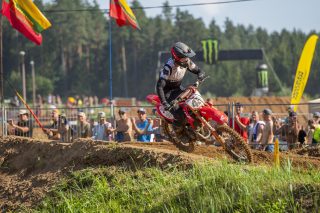 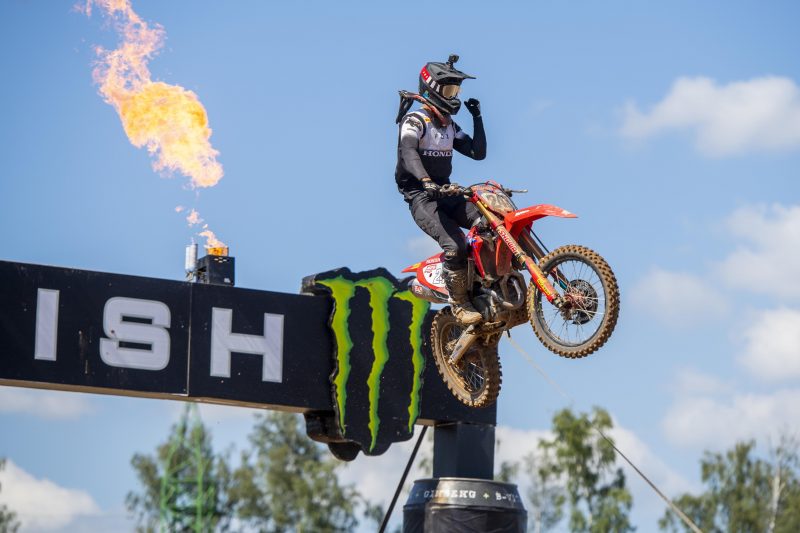