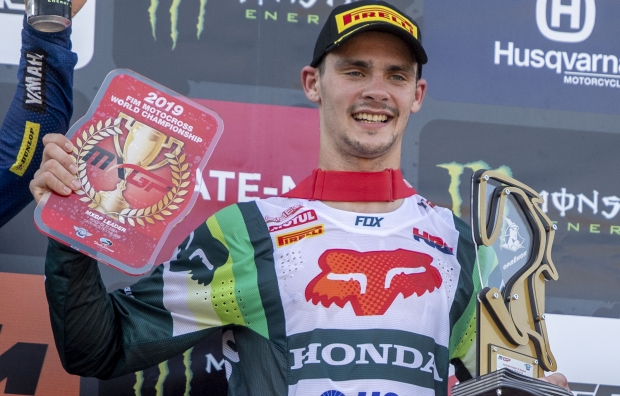 Team HRC’s Tim Gajser won his sixth moto and third overall in a row at the MXGP of Russia, which was also good enough to see him handed the red plate and the championship lead after eight rounds of this 2019 world motocross season. After two monumental battles, the Slovenian rider held his nerve and his speed on this tricky Orlyonok track to secure maximum points in both races, giving him a 13 point gap at the top of the MXGP championship.

Unfortunately team mate Brian Bogers wasn’t able to get the results he wanted as he struggled to make an impact on this hard-pack terrain. However next week the track at Kegums, Latvia is much sandier which should give the Honda CRF450RW rider a chance to rebound strongly.

Unbeaten in his last two GPs, Gajser came into Russia full of confidence and that showed every time he hit the track. In each session he was in the top two quickest on the track and when it mattered most, he was number one, extending his winning streak to six motos and making it now eight wins in the last 10 races.

In the first moto, he was denied the holeshot by inches but quickly swept into the lead which he held, despite pressure, for the remainder of the race. In race two, he was again close to the holeshot but this time it took the CRF450RW rider eight laps before he could see clear track. Just like in the first moto, he still had to hold off a charging Arnaud Tonus before he could secure victory but as the Swiss rider was close behind, he crashed, which gave Gajser the breathing space he needed to win his fourth overall of the season and give him the championship red plate, much to the delight of everyone at Team HRC.

It wasn’t quite such an easy weekend for Bogers who wasn’t able to achieve his aim of top 10 finishes in both motos. Instead the Dutch rider was left with a pair of 17th place finishes with the hard-pack track and hot temperatures hindering his chances of good results.

He now has a couple of days of training to prepare for the ninth round of the MXGP series, which takes place in Latvia next weekend. Unlike the last three rounds which have been pretty hard-pack, Kegums is sandy track on relatively flat terrain, but it should still provide Gajser with another good opportunity for an overall and a chance to extend his championship lead.

I’m feeling really good about this weekend. It wasn’t easy out there, as both motos were tough because Arnaud (Tonus) was really fast and he was always behind me pushing hard. The first race I held him off all race, and then in the second race it was the same again but with 10 minutes to go he made a mistake and that gave me the gap I needed to control the race and take the victory. The track wasn’t so bumpy but it was still tough because it was so hard and it was easy to make a mistake. Overall I’m happy, and a huge thanks to everyone at Honda, as the CRF450RW is amazing and let’s hope we can continue this run of form.

Three races ago I was 40 points behind in the championship and now I have the red plate so I’m really happy about these past few weeks have gone and although it’s still early in the season and there is plenty of races ahead of us, it’s still a great feeling and I can’t wait to see the red plate on my bike in Latvia.

It wasn’t my best performance and I’m not too happy because two races placed 17th is not what we came all the way to Russia for. In this weather, I need to work still because these temperatures and on this kind of hard pack track, I’m not where I need to be. I did feel quite good, and I do like the track and I even enjoyed riding. However the results are not good enough so I now I need to work in the week to make sure that Latvia goes well.

Tim continues to put in these amazing performances and it is a great reward for him and the team to have the red plate for the next round in Latvia. We saw a lot of other riders make mistakes this weekend, but even though he was under tremendous pressure in both races, he stayed calm and didn’t make any errors. To win six motos in a row is such a great achievement and such a turnaround after Mantova when things didn’t go his well. He is showing he is physically and mentally strong and riding as well as we’ve ever seen him and we can’t wait to see his Honda CRF450RW with the red plate on it next weekend.
We also hope that Brian can put in another good result because Kegums should be a much better track for him. As Tim proved today, the bike is capable of two good starts and if Brian is able to do that, we are confident that his sand skills can put him inside the top 10 at the end of the motos.

Race Round 8   MXGP of Russia Russia 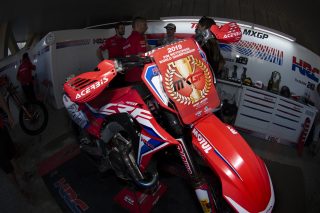 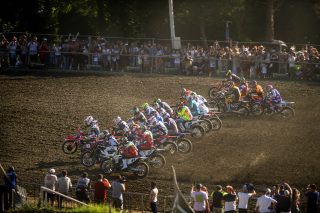 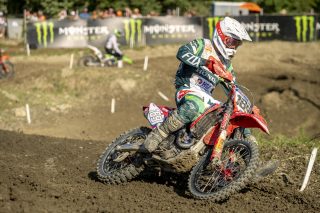 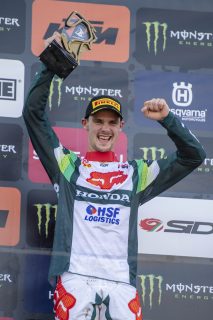 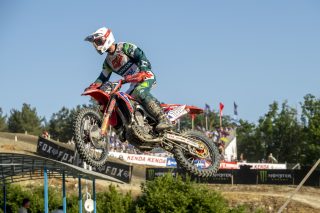 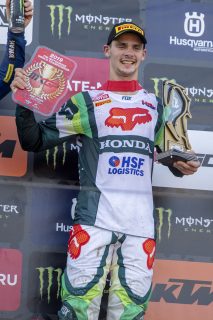 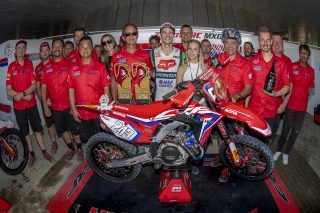 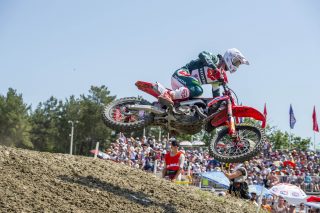 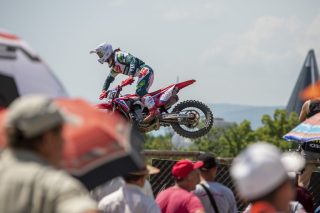 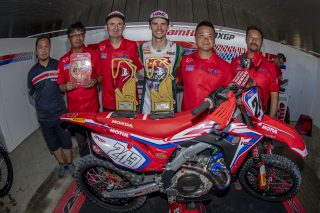 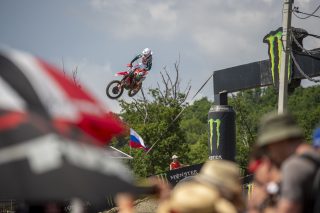 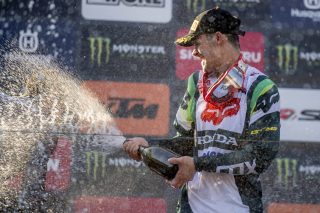 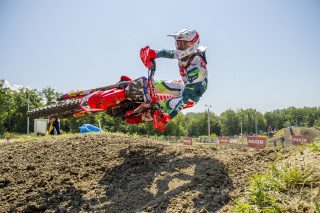 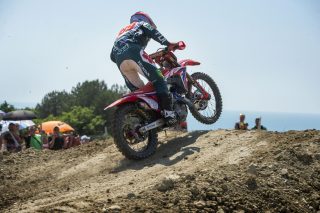 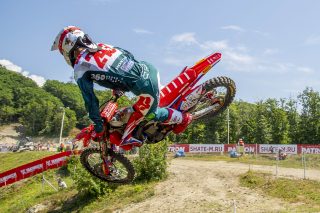 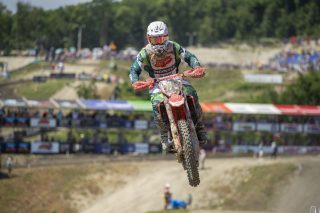 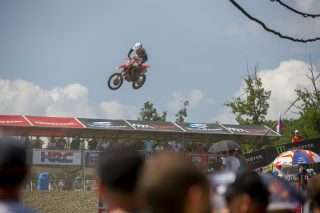 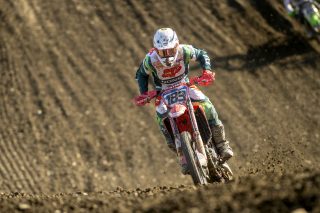 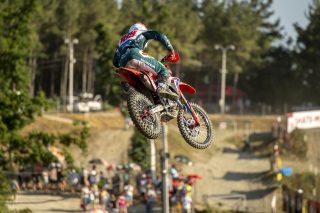 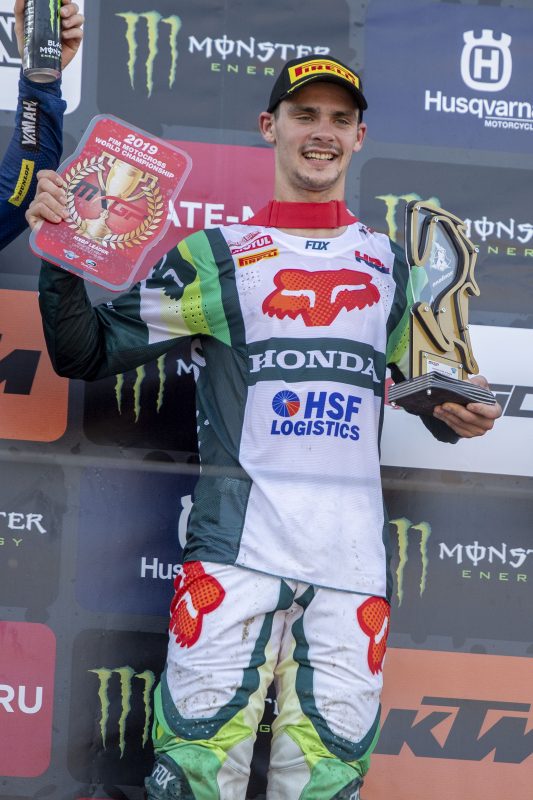