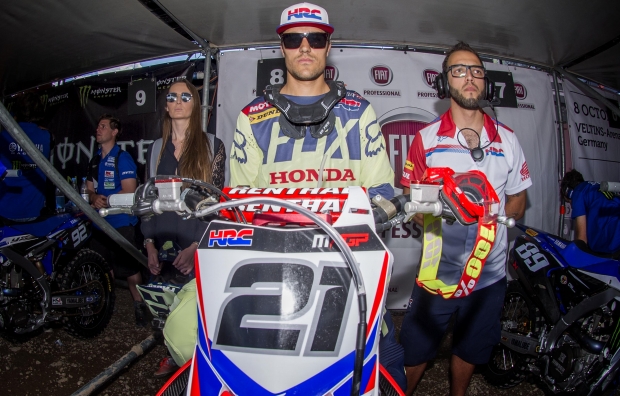 The Team HRC duo of Evgeny Bobryshev and Gautier Paulin had weekends of changeable fortunes and, for the most part, were left ruing what could have been aboard the CRF450RWs.

It was a bruising race one for the Team HRC duo as, from the start, Evgeny Bobryshev was boxed in on the #777 machine and crashed, and Gautier Paulin was involved in the first corner melee and damage to his bike meant he was unable to continue.

Conditions were much better than yesterday however, which meant that the track provided more line options and thus chances for overtaking, and by the finish Bobby had risen to ninth.

Race two was a better affair however, as the opening laps saw Gautier in third and Bobby in fourth. As the race progressed and crashes meant that the field changed around them, Bobby enjoyed a solid ride to finish third, whilst Gautier’s initial pace was hampered by arm pump as a result of his time away from racing since his crash in March, but could still finish ninth.

“In the first race I had a good jump but then we all compacted into the first corner and there were some pushes and bumps and I got squeezed and had nowhere to go apart from into Coldenhoff who had crashed. I went down too and with a big pack coming behind me still I stayed tight and then was dead last, but then could at least fight back to ninth as it was difficult to come through again on this track. I was frustrated about the crash, but for the second race my goal was to avoid to first corner crash.

“The first corners here are so tight it can be very sketchy and it’s not nice to see so many crashes. In race two I could come through to third, together with Toni and Febvre for a lot of the time, so that was a good race. I’m happy with the second race, but unfortunately the first race crash put me out of some points and a podium I think from this weekend.”

“In the first race I just hit the rear wheel of people in front and crashed, but that’s racing. It’s not what I expected or wanted, but we saw many first corner crashes here. I got my throttle stuck in the rear wheel and destroyed it so it was impossible to continue. In the second race I made a good start in fourth and could pass into third and I was feeling good on the bike with good rhythm. As the race went on though I had arm pump so I couldn’t follow on with that speed.

“Before this race I’ve been training on my road bike, but you have to ride your dirt bike to be 100 per cent and I couldn’t do this enough. I started riding but first conditions were tough and then I had to stop again for more than a week, so before coming here I rode only Monday and Tuesday. It was tough to come here with so little riding, but my speed is there as I was fighting for the pole in timed practice and in the second moto I could ride up front. If you love racing, you love racing, and I wanted to come back racing this weekend. Actually if the track wasn’t as tricky as it was this weekend I could have finished up front. So now we know we’re in a good way and I’m looking forward to Spain.”

“There have been elements of this weekend that have been strong, like Gautier being right up the front on Saturday morning, running in third in race two today, and Bobby finished third in race two, but also elements that have been frustrating. The first corner we could see all day was difficult because it’s tight into a 180 degree right so it really backs the field up, and Bobby went down in race one but then rode well to come from the back to ninth. It was more disappointing for Gautier to have to retire with the damage to his bike. The track’s been tough all weekend after the rain that’s fallen here in the week, and even though it was dry today it still rutted up and caught a lot of people out. We saw Tim make a couple of mistakes too with a crash in each race, else he would have won this grand prix as he certainly had the speed.”

Race Round 8   GP of Trentino Trentino 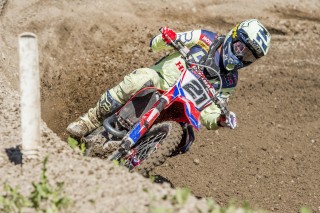 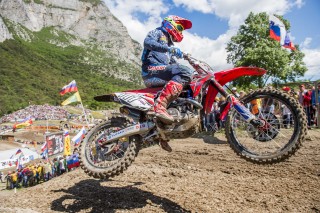 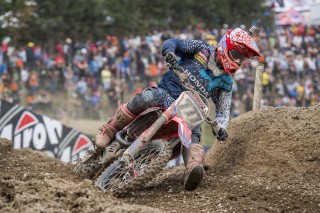 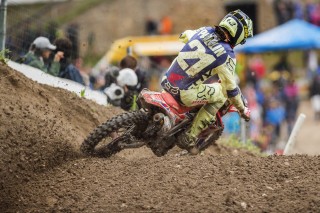 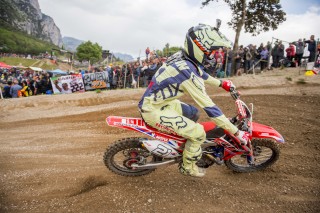 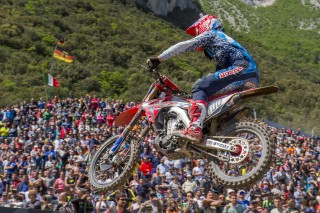 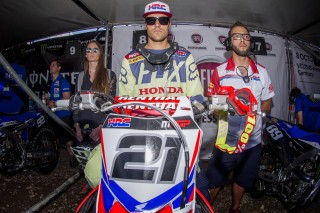 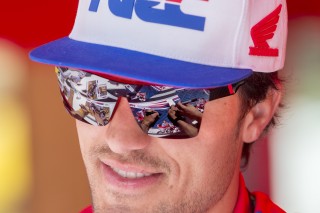 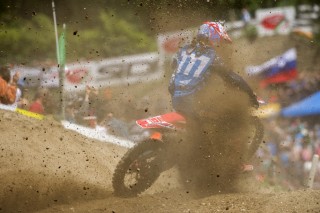 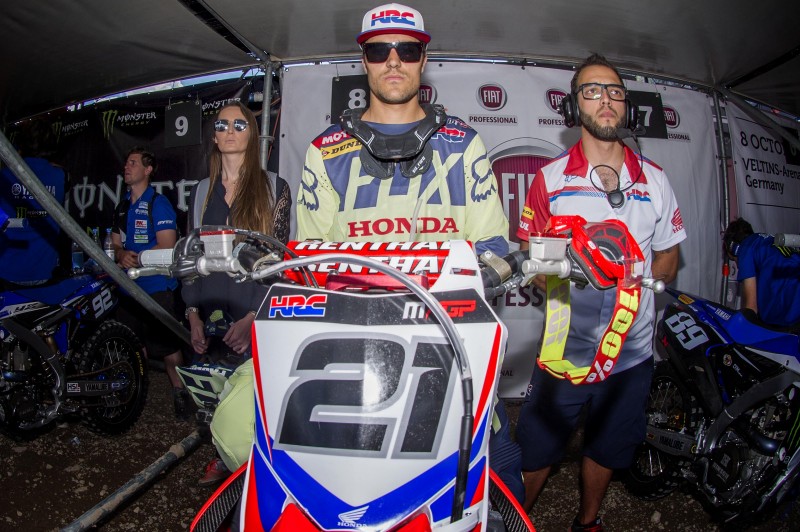