Team HRC’s Max Nagl took a commanding victory on his Honda CRF450RW in the qualifying race for the MXGP of Bulgaria today, meaning he will have first choice of start gate for tomorrow’s opening race.

The German made a fantastic start, the result of all the work the team has done to improve this area in recent tests, and was second by turn two. Hunting down then-leader Antonio Cairoli, Max made his move on lap two and never looked back, extending the gap to his rivals with remarkable consistency.

Much is made of start position at this track because the ‘wrong’ side of the start gates is both markedly farther from the first corner and on the side with less traction.

Evgeny Bobryshev gritted his teeth after last week’s injury to his back that sent him to hospital to finish a determined seventh. Still stiff and sore, and therefore less mobile on the bike, Bobby showed his fighter’s spirit to push through the pain until the flag.

After four days of non-stop rain in the region, today’s running schedule was shortened to preserve the track for tomorrow’s racing. The weather conditions today though produced only a few suggestions of rain, meaning that by the afternoon the track was drier and much less muddy than it had started out. Sun and clear skies are expected tomorrow for race one which starts at 1410hrs local time and race two which gets underway at 1710hrs.

"I really enjoyed riding here today. The bike was working really well, especially the Showa suspension which is really important in conditions like this. My start was good today and I’m happy with the work the team has done on this. There are a lot of ruts and a lot of traction at this track which I really prefer. Downhill, in some places the ruts are just the width of the tyre so it’s easy to get stuck and make a big front flip, so you always have to be careful. The main thing tomorrow is to have another good start, because if you’re somewhere in the back it’s difficult to pass, but I’m happy with today and to have the first qualifying race win of the year and I’m looking forward to tomorrow."

"The qualifying race was fine today. I had a bad start because I got some spinning in the mud, but I could be aggressive and make some positions up to seventh in the end. All week I’ve been struggling with training with the pain in my back, and it’s got better but not so much so it’s still difficult to be on the bike and I have to be on painkillers. To balance the bike in the corners I have so much pain in the back and it’s painful to lift my right leg. But motocross is my passion so I always try my best to give 100 per cent. I’m trying. For sure I’m frustrated to be in seventh because of injury. It’s not my position. I don’t work this hard for that but I will get myself back to 100 per cent again."

"That’s the first qualifying race win of the year and the second win after Qatar which is great for the team. Max got a good start, managed the first corner well with the pressure from the field and then he settled well into the race which I was really pleased to see him do. We’ve been changing a few things on the bike and it seems to be coming to him and he’s feeling comfortable. He put in a string of consistent lap times and you could see him ride away from the field pretty well. If he can repeat those starts tomorrow, we can expect to see him in the mix all the way.

With Bobby, to be honest I’m still amazed that he can be riding here today. He’s getting some pain from the back muscles, but that’s hardly surprising. After last week, we’re just thankful we’ve got him here racing. Just for him to be here is quite remarkable, and seventh was a determined performance. "

Qualifying Round 5   GP of Bulgaria Bulgaria 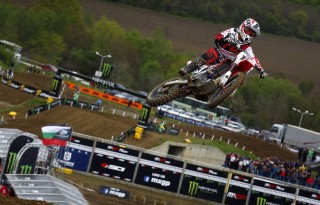 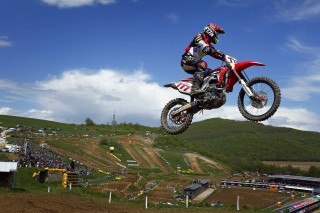 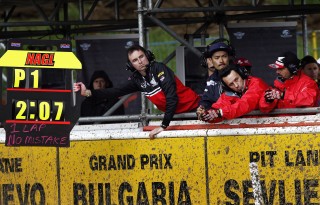 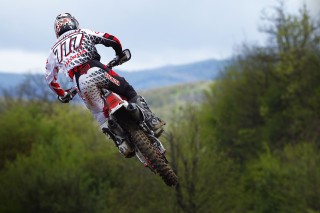