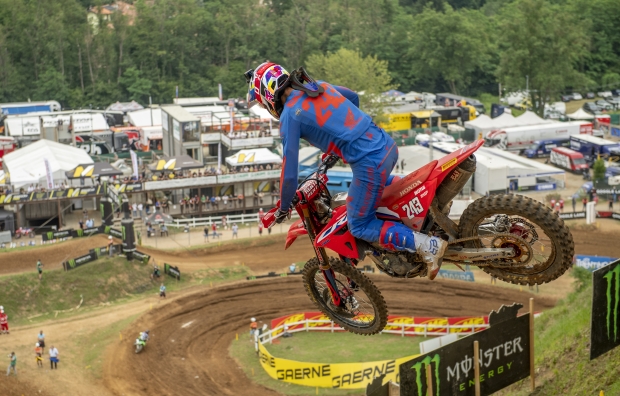 Reigning world motocross champion and current red-plate holder Tim Gajser and Team HRC head to a new GP circuit, located in Oss, Netherlands this weekend, for what should be the first sand track of the 2021 calendar.

After a difficult weekend in Italy, when the rain ruined the magnificent Maggiora venue, the weather forecast for Oss – a town located near Nijmegen and the German border – is looking excellent and should give the riders a chance to showcase their skills on the most challenging surface of them all, sand. For Gajser, this is another opportunity to impress everyone with the progress he’s made on a terrain that used to be his weakness. Last year the Honda CRF450RW rider claimed 143 out of 150 possible points from the triple-header at Lommel, known as the most difficult track in the world, and he’ll be hoping for more of the same at what is the first of three sand MXGPs in the next four rounds.

While many of the GP paddock is based close to this new venue, Gajser is unfamiliar with the circuit and Sunday will be the first time he’s ridden the track in any capacity. However, as proved by his success last year, the Slovenian rider adapts quickly to new challenges, and learning and getting setup for this MXGP of the Netherlands will just be another obstacle to overcome as he looks for his third MXGP world championship title in a row.

It is always nice to go to new tracks and race at different places and I’m extremely excited to race at Oss this weekend. The last round in Maggiora didn’t go to plan, but I’m still leading the championship and I’ve been working hard to get myself ready for this round. While I’ve never ridden there, I know it’s sandy and that will make things interesting as we haven’t raced on that surface this year so everyone will be trying extra hard to show their speed. Still, I am confident in the work that I’ve done this off-season and I know the team will have done everything possible to make sure we are all as ready as can be for Sunday.

The weekend off gave everyone a chance to look back and assess the season so far, but also to prepare for this tough run of races we have coming up. Tim has still got the red-plate and this is always the goal, but we can’t afford to stop working hard because there is still a lot of races to go and we need to keep performing at the top level to stay there. Oss will be a new track for us, but we have done as much research as possible, and we will be collecting data during the weekend to make sure we have everything setup right for when the gate drops. 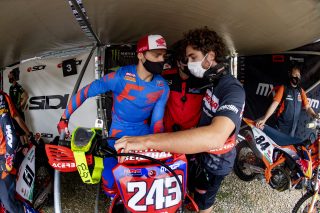 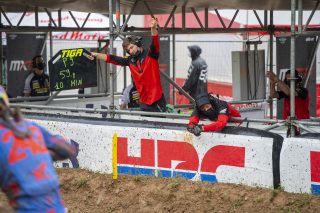 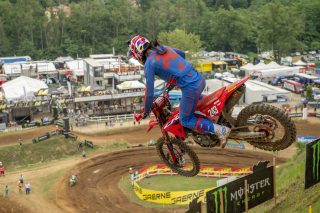 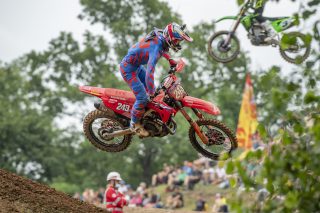 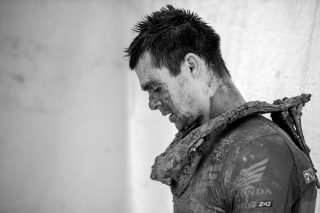 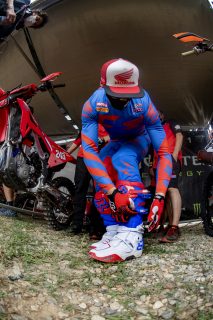 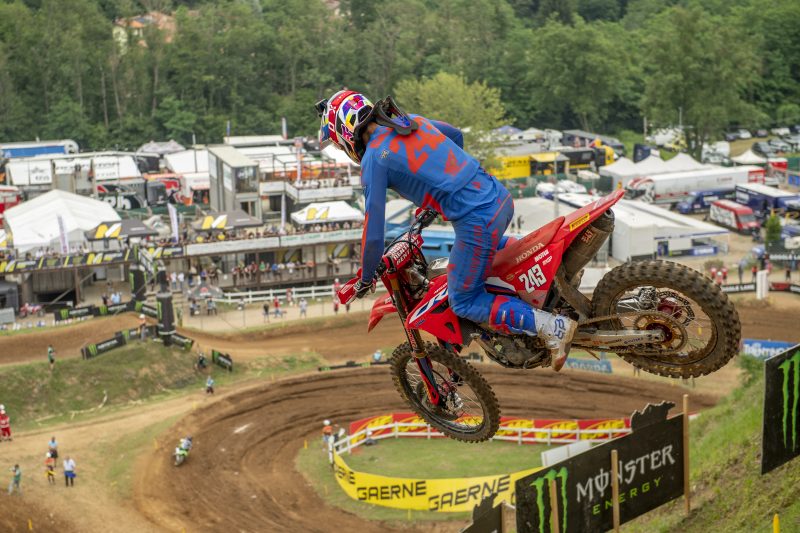