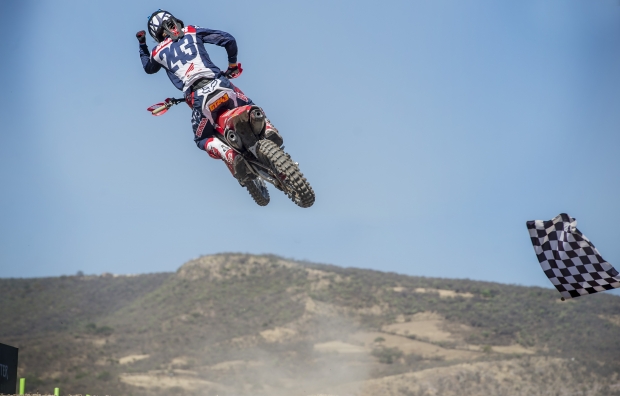 Increasing his lead in the world championship and taking his second overall win of the season, Tim Gajser took a dominant win today in Leon Mexico, rounding off what he describes as a “perfect weekend”.

Gajser made a statement in the first race by getting the holeshot and controlling the lead early on. He put some faster laps down within the first half of the race to put a 14 second gap between himself and his team mate in second place. The track conditions suited the Slovenian who fell into a comfortable rhythm half way through the race to take the win.

In the second race the track conditions had changed and although this didn’t bother the Slovenian it meant he had to change the style in which he attacked it. In the first few corners off the start, Gajser found himself battling with Paulin and Cairoli. Gajser quickly passed Paulin to take the lead giving him chance to pick up the pace for a few laps and distance himself away from the battle for second place. Once Cairoli got past Paulin the eight times world champion kept the pressure on Gajser right until the finish line. The work he had done early in the race ensured that he could take the win, 15 seconds ahead of Cairoli.

Bobryshev had a day of two halves. In the first race, he had a strong start and was side by side with him team mate; Gajser in the first few corners of the race. After pushing for the lead for the first few laps, Bobryshev settled behind Gajser, keeping on his pace which gave him a secure gap between himself and third place. The Russian was fast on what he had described yesterday as a difficult track and his consistent lap times gave him an excellent second place finish.

The second race didn’t go to plan for the Russian. After making a small mistake in the first corner, this then set the tone for him for the rest of the race. The changeable track conditions caught Bobryshev out and he crashed a further two times costing him valuable time and positions in the race. His lap times throughout the last race were easily worthy of a podium finish. Bobryshev isn’t one to give up easily so he regrouped and adjusted his riding style to work his way back from 20th to 14th position.

With the first leg of the European rounds kicking off in Trentino in two weeks’ time, Bobryshev will focused on riding to the strength of his first race today and Gajser will be looking to maintain his dominant form to extend his championship lead further.

I felt good all weekend, I was enjoy it and having fun on the bike. Actually, in the second moto it was tough as Cairoli was pushing me all the way and also the track became really hard and slick in some places but I am really happy that I won that one and the overall as well. I am really looking forward to the next one already. I haven't changed anything that I do, I am just having fun on the bike and I think that is key.

The first race everything went really well. I had a good start and I just kept myself in second place, everything was simple. I had a lot of pressure behind me with the pack of four riders but I kept second place. This is really positive for me, I was feeling good. Coming into the second race I had a bad start then on the opening lap, I can't really explain what happened. There was a simple table top, I landed in the same place every time and this one time when I landed, I slid and the bike went sideways so I crashed on my side. Maybe it was because there was a heavier wind. I hurt my hip a bit so it was difficult coming back then I fell a second time. The track was slippery and dusty so it is safe to say I am disappointed about the second race. I am healthy and happy so I can move forward, I am looking forward to head into Europe

Glad to say we kept the momentum up from Argentina on a totally different circuit. Tim was extremely dominant throughout the weekend and although the second race he was kept on his toes, he had the speed to control the gap. This performance increases the lead in the world championship but as we know it is a very long season ahead so we race with that in the back of our minds at this point in the season. Bobby held up under a lot of pressure in race one to come home runner up to his team mate which was an excellent result. In the second race, a small mistake in the first corner put him in the middle of the pack and then another two mistakes followed which dropped him out of the field and out of the points. Obviously with a small number of riders in the field it was imperative to keep going as he needed the points. He managed to pull back into the points to 14th place which is good damage limitation. We now move everything back to Europe to start the campaign over there and hopefully keep this momentum going on the different European tracks.

Race Round 4   MXGP of Mexico Mexico 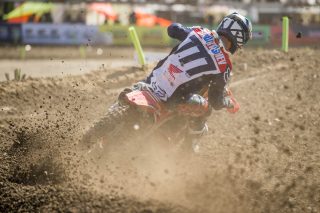 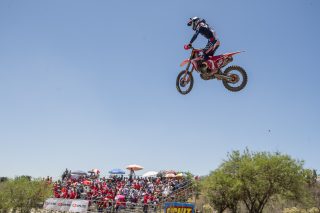 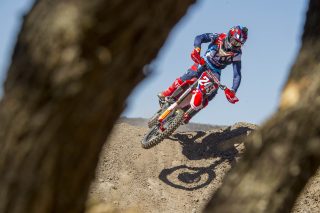 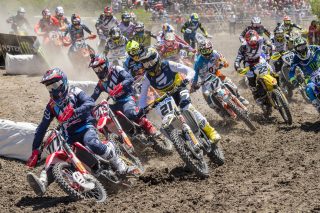 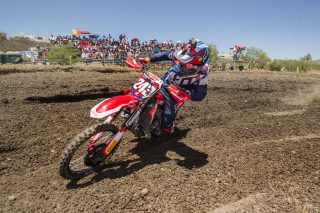 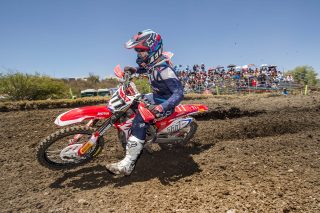 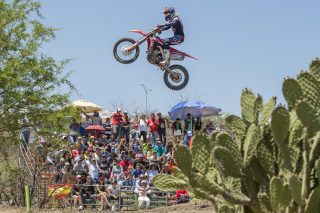 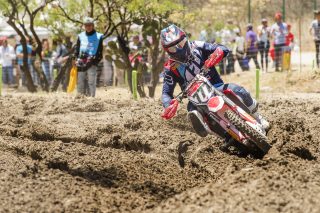 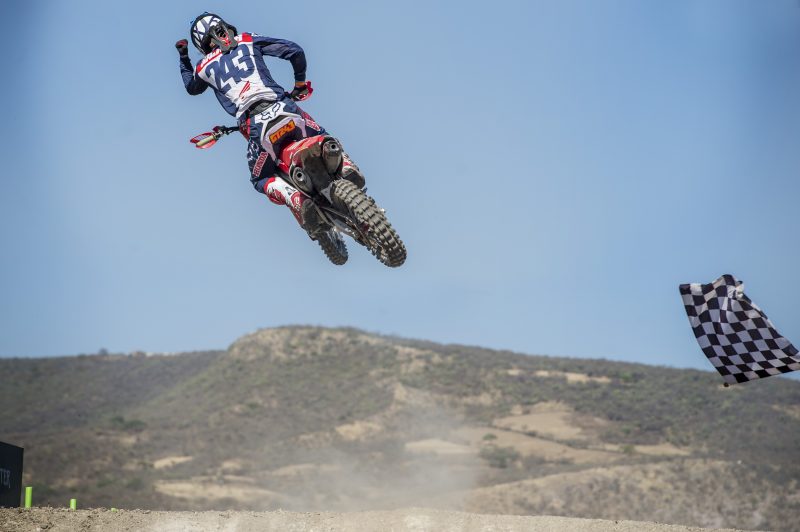