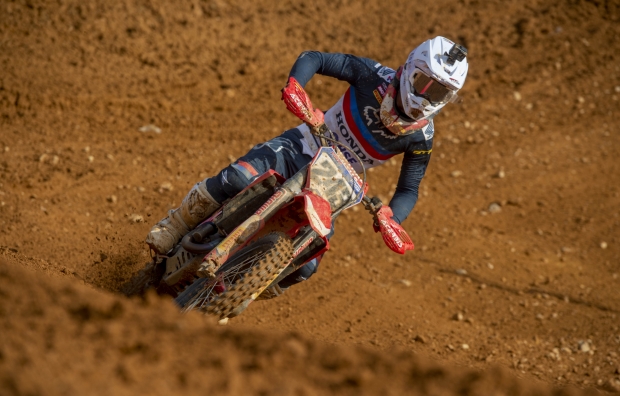 Team HRC’s Tim Gajser continued his good form in Saturday’s qualification races by finishing second in Agueda, Portugal. The Slovenian rider was fastest in free practice and timed practice and grabbed the holeshot but couldn’t quite maintain the speed in the second half of the race, ending up in second position. His team mate Brian Bogers finished just outside the top 20 but showed good speed early on to make passes and challenge near the top 10. And while he would have liked a better gate pick, both he and Gajser are confident that they can go better tomorrow at this picturesque MXGP of Portugal.

The day started off well for Gajser as he showed his one-lap speed once again, posting the fastest timed lap for the fourth time this season and getting first gate pick for the qualification race. He used this to his advantage, taking the holeshot and leading the first half of the race. Unfortunately a couple of mistakes crept into his riding and he lost the lead but he continued to push and finished just over two seconds behind first place. This sets him up well for the motos tomorrow where hopefully the weather will hold off and he can perform like he did at the last dry round in Trentino, where he took the overall victory.

After his second place in the second moto at the MXGP of Lombardia, Bogers came into Portugal full of confidence and while things didn’t quite go his way today, he still believes that he can put things together tomorrow and show his speed when the points are at stake.

Overall I’m quite happy. The speed was there and we were fastest in free practice and timed practice. I had a good start in the qualification race, taking the holeshot and I was leading the race. The feeling was good, but in the middle of the race I started to make some mistakes and lost my rhythm a bit and that was when I got passed. I felt my lines weren’t always the best so it was good to follow Antonio for a couple of laps to see which lines he was taking and I definitely think that I’m ready to win tomorrow!

It was a tough day for me, but I feel that I struggle every time on the Saturday and this is something I need to fix because it makes my work harder in the races tomorrow. I’m not sure why this is happening but we will figure it out and make sure I get it right in future rounds. Still, the important day is Sunday and I feel good and I’m fully focused on getting strong results tomorrow.

While it would have been nice to see Tim win the qualification race, he still showed good speed all day and we are confident he can go better in tomorrow’s races. It won’t be easy of course but he has put himself in a good position and that’s what we need from today’s result.
Unfortunately Brian had a crash near the end of his race that dropped him back a number of places but he’s proved in previous rounds, he can step it up for tomorrow and that’s what we are hoping he can do again here in Portugal. Conditions will hopefully be a lot better than they were last weekend and this is a good chance for Brian to put in another top 10 ride.
I must also say that it was a shame to lose Calvin this weekend, to an infection in his leg, and we all hope he is able to recover as soon as possible from this setback.

Qualifying Round 6   MXGP of Portugal Portugal 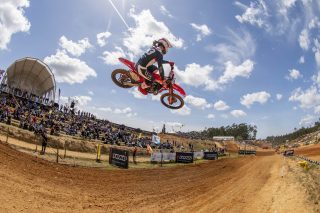 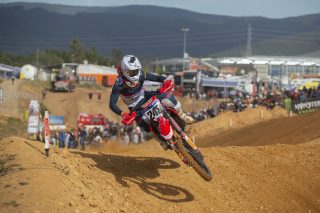 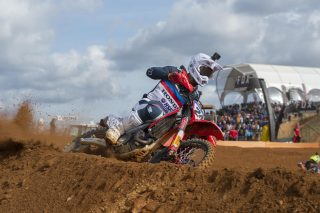 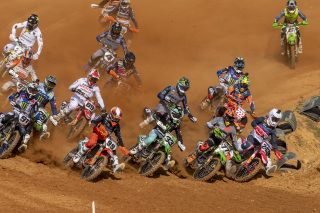 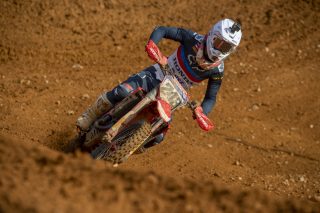 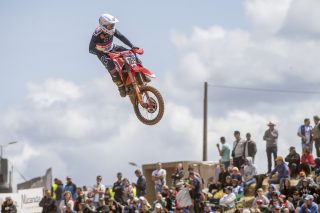 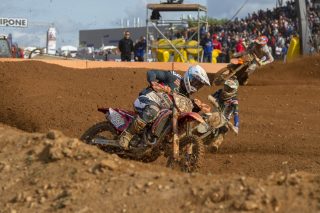 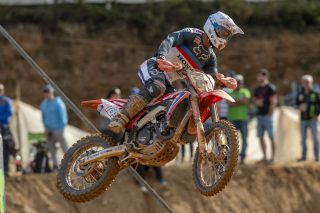 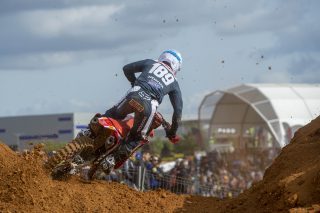 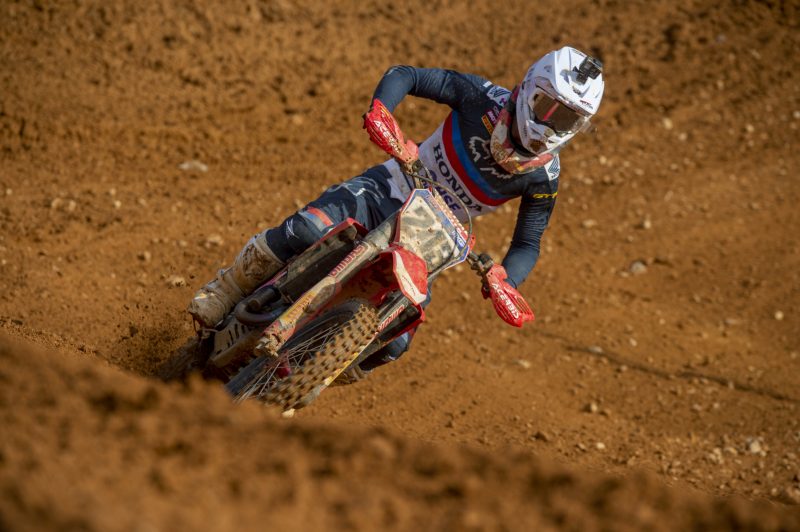