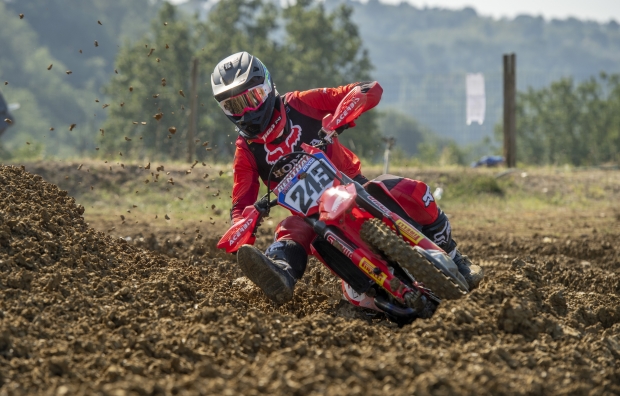 At the eighth round of the 2020 MXGPs, Team HRC’s Tim Gajser scored his sixth race win of the season to close the gap at the top of the championship to just seven points. In what was the third round in a week held at the picturesque Faenza circuit, Gajser, on board his Honda CRF450RW showed great speed and passing to win race two, giving him second place on the podium. It also added to his moto-winning tally which is now more than any other rider this year. Fighting hard alongside the reigning champion was teammate Mitch Evans who continued his improvement by getting sixth overall, including another impressive fourth in the first moto.

On what was the same layout as the two previous rounds, held on the previous Sunday and Wednesday, and with very similar hot temperatures, the Team HRC duo once again acquitted themselves extremely well in all three sessions of the day. Timed practice saw Evans third and Gajser fifth and their similar times continued into the first moto where they both moved through the field to record fourth (Evans) and fifth (Gajser) results.

Just like on Wednesday, and spurred on by the ever-changing championship picture, Gajser made no mistakes in race two, getting off to a good start and moving into the lead by lap five. Posting extremely fast laptimes that the rest of the field struggled to match, he pulled out a comfortable gap, eventually crossing the line just under five seconds ahead of second place. This victory was good enough for second overall, which is the fifth time he has been runner-up, but if he keeps displaying this sort of speed, it won’t be long before he turns that into an overall win.

Coming into this triple-header, Evans had the goal of improving at each round and that is exactly what the Australian achieved, going four-eight for sixth overall, which followed on from his eighth on Sunday and his seventh on Wednesday. With a couple more weeks of training under his belt, and with the series heading to Mantova, a track where he won the Internazionali d’Italia in pre-season, he’ll be expecting to keep this momentum going for what is another triple-header of racing, beginning on Sunday 27th September.

I didn’t have a good start in either moto, they were solid and I tried to make quick passes in the beginning but I would have liked to have been nearer to the front. The first lap of the first moto I came together with Toni and I fell so I was back in the pack, eventually coming back to fifth. I was a bit disappointed but that was the result so I had to refocus for race two. I got a better start in this race and made a couple of good early passes to get into the lead. I pulled out a gap of a few seconds and controlled the race from there to get myself another moto win. It was a tough week of racing and not everything has gone my way but the championship is really close and we are all working hard in Team HRC to get the best results possible. Now there is a weekend off so I will go home and prepare myself for the next race in Mantova.

I had another good day again and we’re still improving with sixth overall today. It’s been better each time so I’m happy with that. The first moto I didn’t get that great of a start and pushed really hard to come back to fourth so it was a good moto but I pretty much used all of my energy in that one. In the second moto I had a really good start, almost grabbing the holeshot but I had nothing left in the tank so it was just survival mode after that, with me holding on as best I could. I’m happy that I was still able to keep improving and stay healthy and be moving onto the next GP in a couple of weeks at a track I really like.

Tim has continually shown that he is the fastest rider on the track, but he hasn’t quite been able to put it together in both motos. Today was another example of this as he won his sixth race win in just eight rounds, and really looked good in that second moto, especially with those early passes. The most important thing though is that we came into these three Faenza races 46 points down in the championship, and now the gap is only seven so we are excited for the battle ahead of us, starting with Mantova in a couple of weeks. For Mitch, he has improved every round and sixth overall today was impressive. With two more weeks of training, we believe he can be right at the front of the field in Mantova. 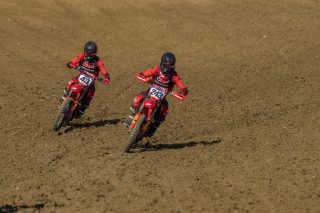 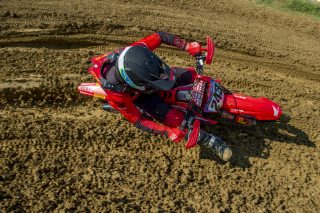 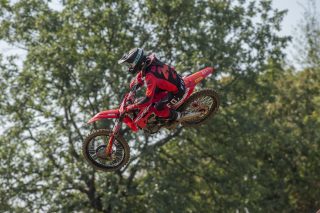 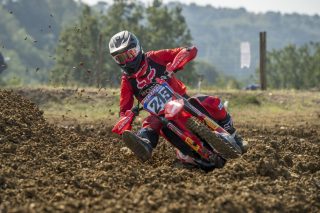 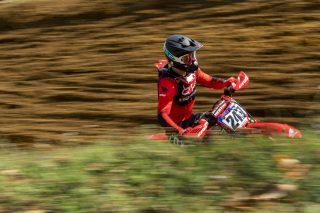 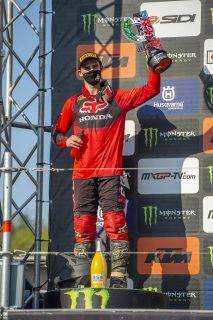 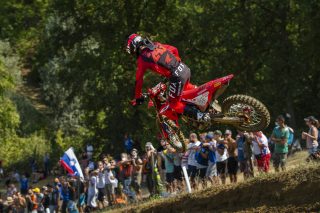 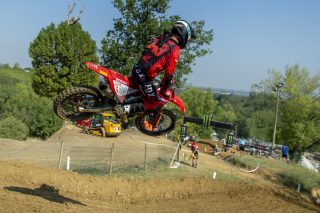 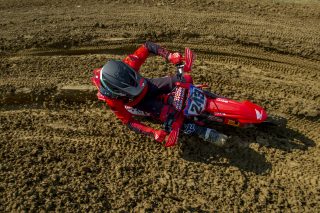 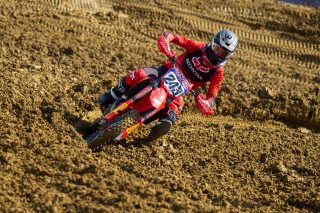 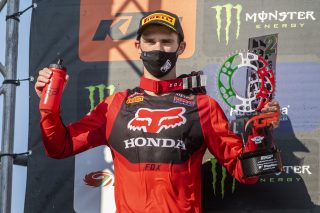 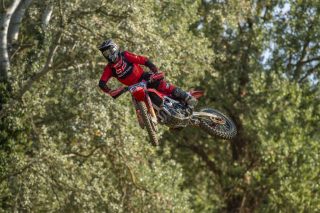 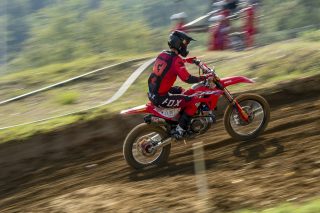 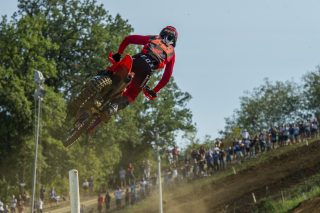 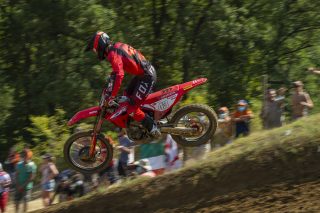 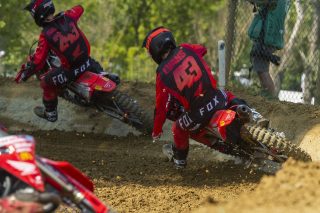 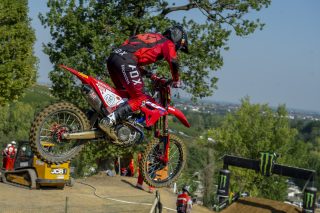 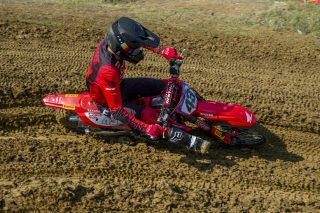 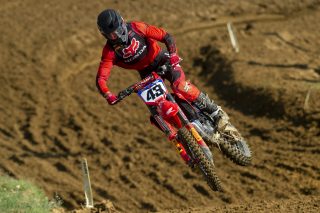 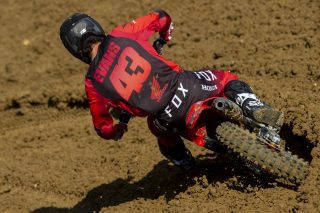 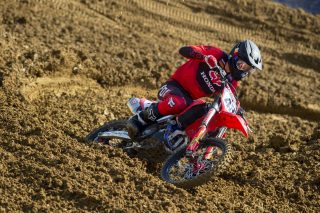 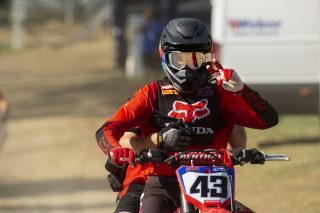 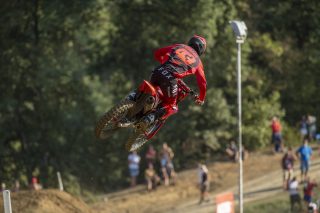 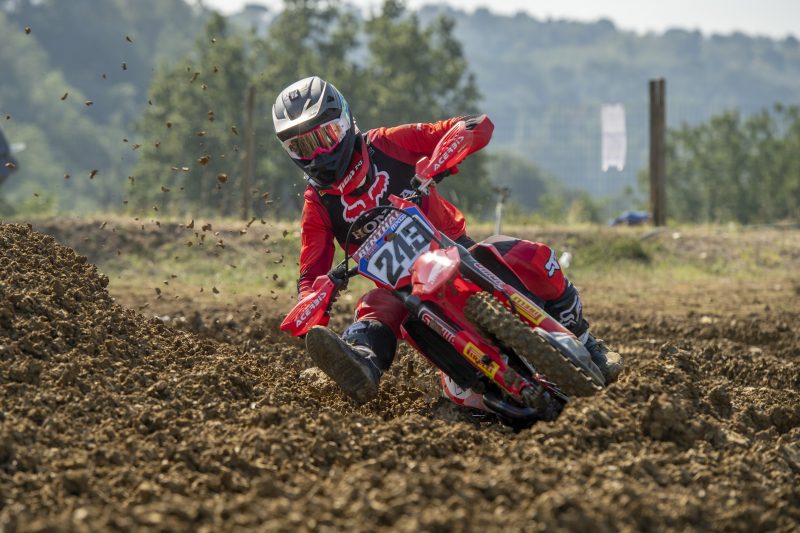