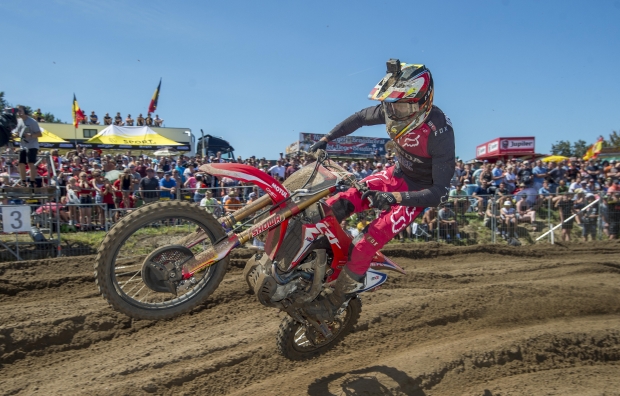 The MXGP of Belgium saw Calvin Vlaanderen’s podium streak come to an end as the Team HRC rider was sixth overall at Lommel with a fifth and a seventh in the two MX2 World Championship motos aboard the all-new Honda CRF250RW. With fifteen events out of twenty completed for the season, the 22-year-old from Cape Town still sits fifth in the standings, now just nine points shy of fourth place.

Vlaanderen maintained his qualifying position at the start of the first moto but was promoted to fourth place on lap ten when reigning champion Pauls Jonass crashed out of second. Calvin was eventually caught again by the Latvian rider, who passed him two laps later; he then tried to stay with his opponent and that helped him consolidate his position at the chequered flag.

Calvin was running in the top-five again at the start of the second moto. However, moments after he moved up to fourth place on Conrad Mewse, he crashed unhurt and re-joined in eighth position. He soon moved past Marshal Weltin for seventh and began his chase of Ben Watson. He eventually passed the British rider on lap eight before overtaking Mewse again moments later, but then his pace dropped and by lap 12 he was down to eighth place again. He eventually crossed the line seventh at the end of an exhausting final MX2 race at Lommel.

The MX2 World Championship will return to action in two weeks at Frauenfeld in Switzerland (18-19 August).

I’m not too disappointed with today’s result. Yes, it could have been better, but it could have been a lot worse, too. I fought hard the whole day and did my best, and I feel I couldn’t have done a lot better than this. I put it down in the second moto, which was my fault: they kind of made the outside of the track flat while the inside was very rough, so I landed completely in the middle, my front washed and fell down. I had quite a good rhythm before that and I was happy with my speed, but afterwards it was nearly impossible to get up to speed again. Fifth and seventh is not really what we want, but we’ll keep working hard and fight. I look forward to Switzerland!

It was not an easy day for Calvin and we all saw it. But even though he was not able to be as consistently quick as in previous rounds, he showed good speed and came away with a decent overall result. To be honest, if this is the type of performance we are getting on a bad day, then we can keep smiling and look positively to the upcoming rounds. I’m sure he’ll be back on the pace in Switzerland and the whole team is looking forward to seeing that.

Race Round 15   MX2 of Belgium Belgium 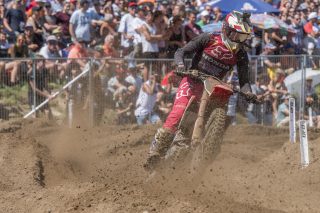 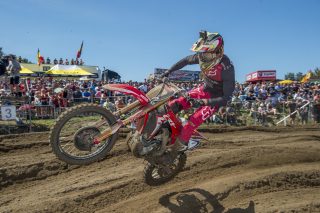 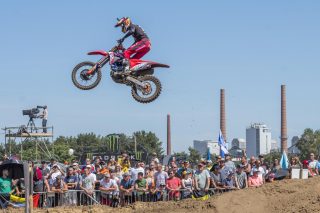 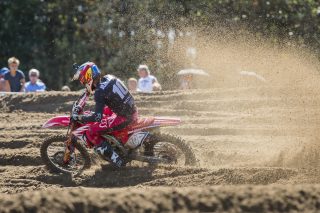 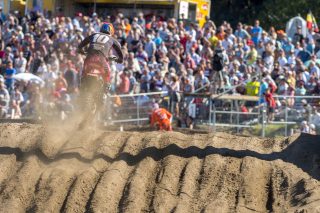 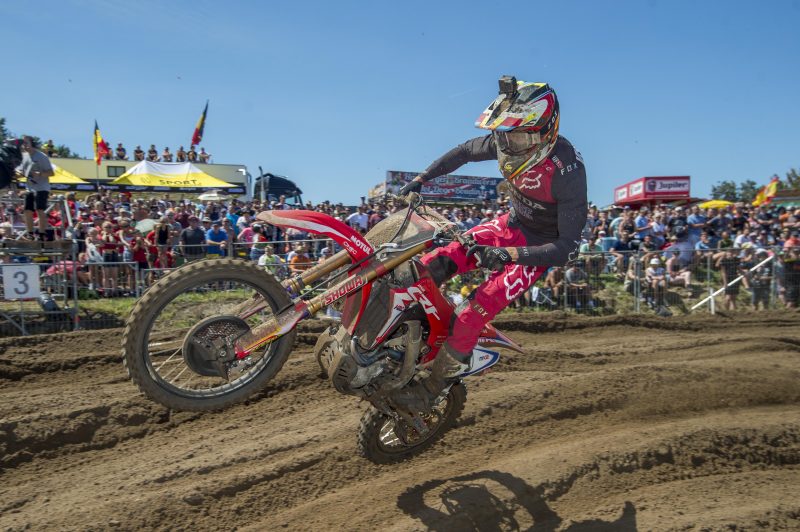