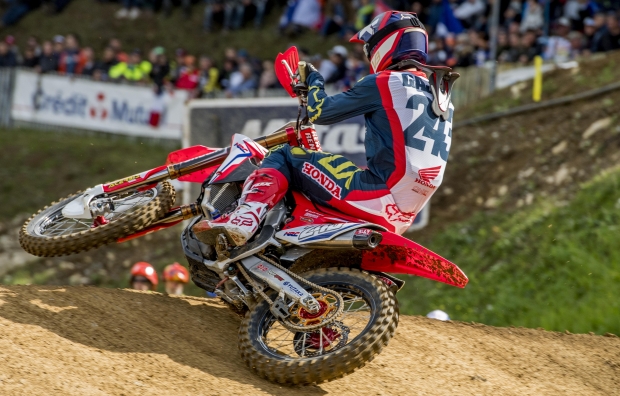 Team HRC MXGP Tim Gajser and Evgeny Bobryshev both finished inside the top ten today at the MXGP of Pays de Montbéliard.

Gajser looked at ease earlier on in the day, scrubbing around the French hillside in both the free and timed practice but as the rain fell, the conditions went from prime to slick. The Slovenian had a good start out gate but overshot the corner, sending him too wide. Shortly after a fall in the first lap sent him back to 21st place.  Getting comfortable in the slippery conditions and finding some good lines on track, Gajser finished sixth.

Bobryshev; who openly admits he is not a fan of the mud, took a ninth-place finish in qualifying. The Russian made a few small mistakes in the last few laps which dropped him back from sixth but it is a solid start for tomorrows race.

Today I was really enjoying the track, especially in free practice and timed practice. It started raining before and during the qualification race and then it made the track sketchy, muddy and created deep ruts. I almost took the holeshot but I just went a little bit too far on the outside and Gautier hit me so I lost a fair amount of positions. I struggled on the first lap as everyone was going all over the track as it was really slippery. I made a mistake, missed the rut and then Herlings hit me from behind and I went down. I was way back in the pack but I managed to find some good lines during the race and came back to sixth. It is not a bad gate pick for tomorrow. Tomorrow the start is going to be really important as it is raining here so if you start in front you have a clear visibility.

Qualifying wasn't so easy today as we had a lot of rain just before the race, I didn't have such a good start as in the first corner I was stuck in the mud but I managed to get to 10th and eventually got to sixth. I found I couldn't keep my speed as I started to make mistakes and couldn't hold my line and I was all over the track. I am frustrated but I will make some changes with the team over night to get more comfortable with the conditions.

Fantastic start for Tim but he was just a little bit too hot in the first corner and lost a few places but he got off the gate very very well. He ran well but got tangled in one rut, came out sideways, hit another rider and went down. From then it was an uphill battle but he managed to pull through the field comfortably. His race times were really good, we are happy with that from today. If he carries that into tomorrow, he has got to be looking at a podium position. Bobby didn't have a good start but was still in the top ten. He rode consistently which is good as he has struggled in the wet conditions before. It was really quite a solid race from him so he needs to do the same tomorrow. We could see him up there and he could look at a podium position if he doesn't make so many mistakes. 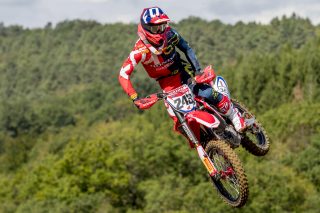 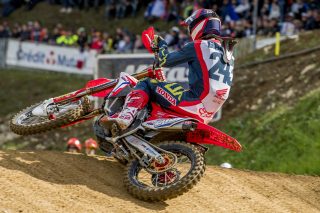 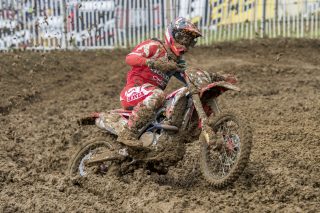 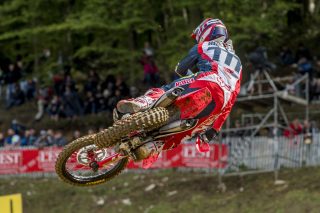 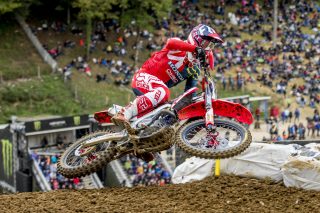 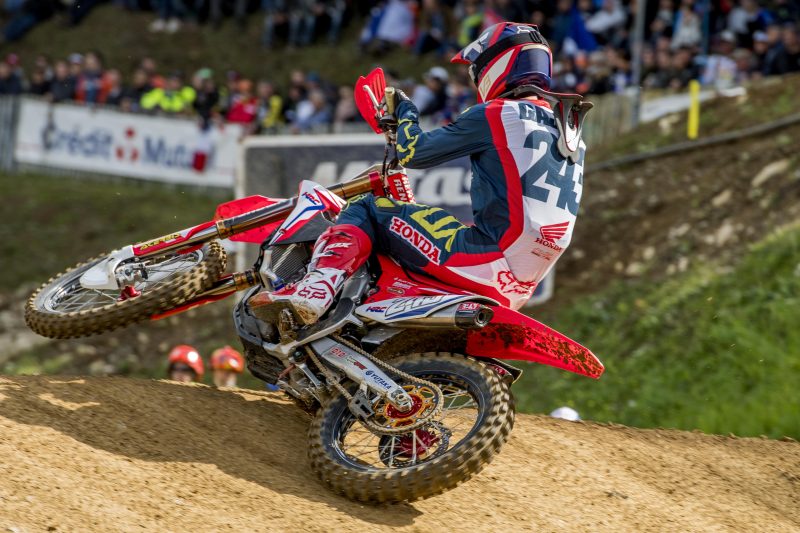