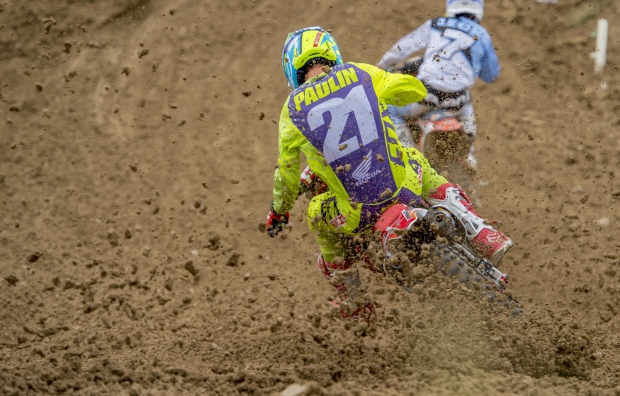 The Team HRC pairing of Evgeny Bobryshev and Gautier Paulin both demonstrated strong pace on the opening day of this weekend’s MXGP of Spain at the Talavera de la Reina track.

Despite changeable conditions as rain and sun took turns throughout the day, Bobby brought the #777 CRF450RW home in third, resisting last lap pressure from Valentin Guillod.

After emerging from the first turn in sixth, Paulin had to pick himself up from a crash on lap two that he couldn’t avoid. As Simpson stopped in a rut, Paulin and Febvre both were left with nowhere to go. Whilst Paulin didn’t crash or even drop the bike, he found himself sandwiched between the other two and consequently stuck. Dropping to 19th, the Frenchman pushed hard to recover to eighth, impressively setting the fastest lap of the race on his final lap, in which he also made two passes.

“I’m very happy with today. I didn’t have the best start but then I managed to make lots of spots back at the beginning. I had a few problems with the feeling on the track today because it was changing so much and I was a little too stiff on the bike. From the middle of the race I pulled back and lost two seconds a lap because I wasn’t feeling so comfortable, but I’m happy to finish third and we’ll do some work for tomorrow with the setting, and the weather should be good with more sun so it’ll be easier for the setting.”

“I had a good start and my feeling was good today. I was following the rhythm of Romain who was trying pass Simpson, but then Simpson stopped in the ruts just after a jump. Romain hit him and when this happened, we were so close so I was still in the air so I couldn’t avoid them and hit Romain. He fell and was a little under my bike so I had to pull my bike back out. After that I came back strong. It was tough to pass but the rhythm was good and I was feeling great, and we had the fastest time so I was really on it and everything is there for tomorrow.”

“I’m pleased with today across the board because Tim dominated every session, Bobby finished third and Gautier set the fastest lap of the race, and would have been in the running without getting caught up in a crash in front of him. The track was really good today and well prepared, but the rain made it tricky because the track was changing almost with every session so the team worked hard on the bikes all day. Tomorrow should be a better day for the weather, and I think we’re well placed to make the most of that.”

Qualifying Round 9   GP of Spain Spain 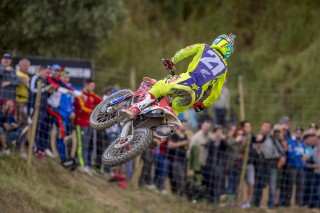 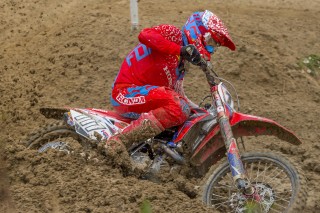 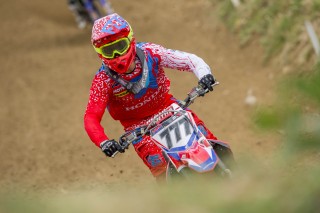 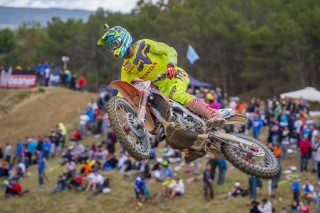 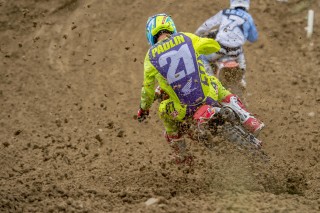 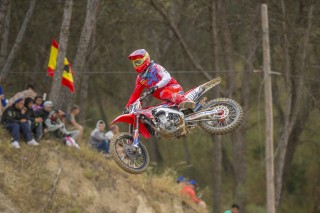 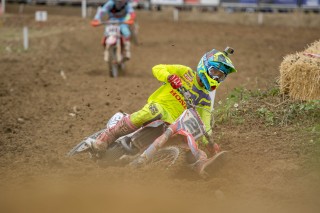 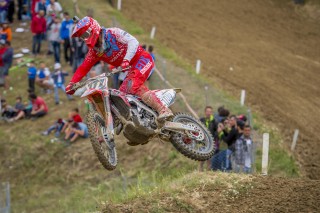 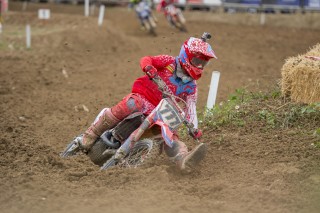 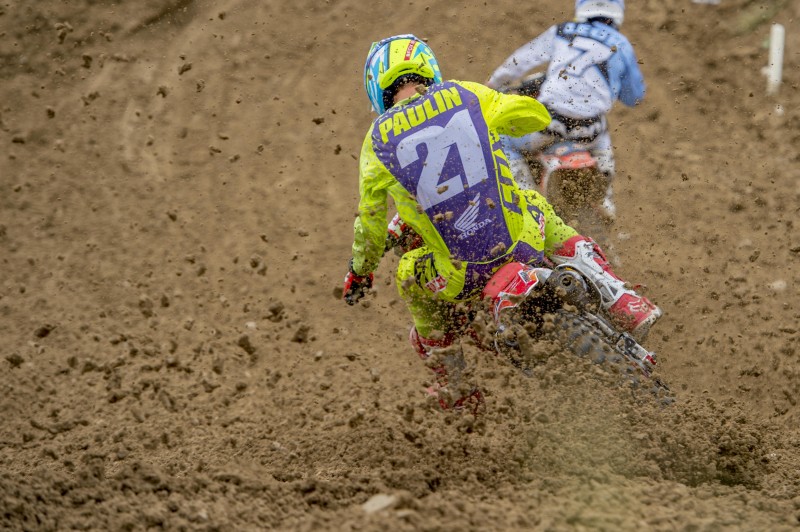