Held at the Assen motor-racing facility in the Netherlands, where 26,000m³ of sand have been brought in to make the circuit, the 2019 edition of this prestigious event saw a wide range of weather conditions as the riders took to the track for their qualifying races.

First out was Gajser in the MXGP class representing Slovenia, who had 11th gate pick after the ballot on Friday evening. Getting a good jump out of the gate, he rounded the first turn in fourth place and set about trying to work his way forward. On the second lap he moved in third place and then a lap later he had moved up to second spot, with the rider in front within striking distance. However due to the format of the competition, Gajser decided it was better to secure two points for his country rather than risk a pass in what were quite difficult conditions and that decision paid off as Slovenia made the A-Final in 16th place.

In the MX2 class Vlaanderen was lined up near the outside as the Netherlands only had 27th gate pick out of 34. Still, utilising the power of the Honda CRF250RW, the Dutch rider rounded the first turn inside the top 10 and ended the first lap in sixth place. Just like the MXGP race, rain showers hit the track throughout the moto but that didn’t stop the home fans cheering on their rider as he worked his way through the field. Making passes at regular intervals, Vlaanderen kept the crowd entertained and eventually he crossed the line in second place, which was the best finish of the Dutch trio and gave them second gate pick for tomorrow’s three races.

Unfortunately Team Japan didn’t manage to qualify for the A-Final as the treacherous conditions meant that Akira Narita was unable to finish after an off-track excursion midway through his race. This left MX2 and Open riders Gota Otsuka and Toshiki Tomita needing to score well and despite good effort from both riders, they were unable to place high enough and will instead ride in the B-Final tomorrow morning, with the winners of that getting promoted to the A-Final.

Bold denotes a team with at least one HRC rider

The day was pretty good, and a little bit different from a normal GP weekend. We had a 40 minute practice today so it was quite nice to take my time and find my rhythm and just get comfortable for the qualification race. Unfortunately we had 27th gate pick, which wasn’t ideal but I managed to get a pretty good start, inside the top 10 and I was riding pretty easily. I knew I was going well so I just made my passes and made my way to the front and finished second. This helped give us second gate pick for tomorrow so that’ll be better and the motos are 10 minutes longer too so I’m really looking forward to it.

It was a strange day with the rain, and sun and the wind just always changing from one minute to the next. The track was tough, with it being wet but we had more ruts than big bumps so that was a little unexpected. Still, I had a good start and I was around fourth on the first lap, then I passed one guy and then another rider made a mistake so I was in second. I found some nice lines where I could catch him but once I saw that we had a big gap to third place I thought it would be better to settle for second place and not risk anything so that we qualified. After the three races, we came 16th which means we are in the A-Final and that was the goal so now we can go out there and enjoy ourselves and bring Slovenia a good result.

We always enjoy helping riders with the Motocross of Nations because it is a special event and it is always nice to see the different countries under the HRC awning. This year it is especially cool for Calvin because the race is in the Netherlands so there are a lot of Dutch fans cheering him and wishing him well and it was really impressive to see how he’s handling that pressure and still performing at the highest level. His second place finish showed his speed as he moved through the field with some really good passes and it sets him up nicely for tomorrow.
Tim also rode really well in his race, getting second place and looking extremely comfortable doing it. He knew that Slovenia needed him to score well and that’s what he did and it’s great for everyone that they qualified for the A-Final where he can battle with the best riders in the world. 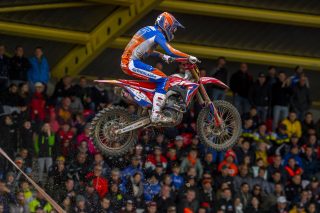 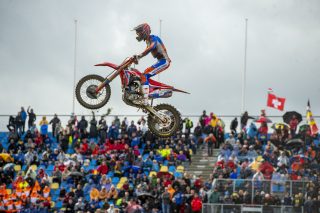 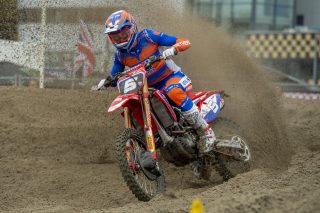 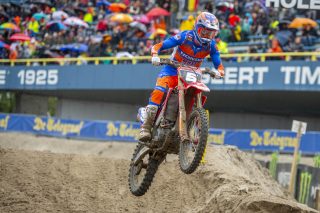 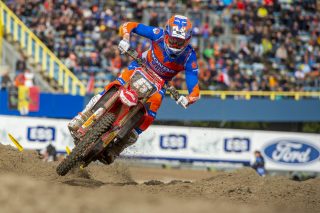 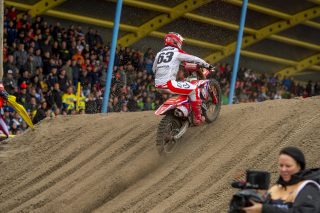 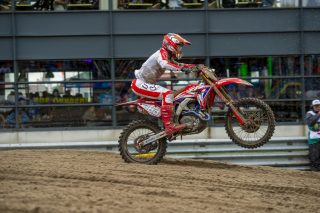 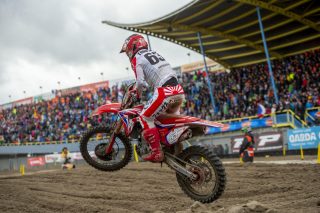 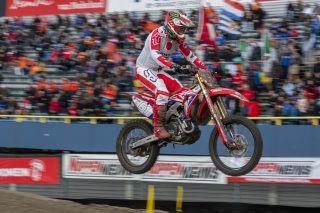 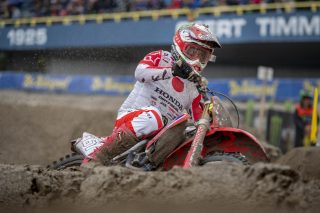 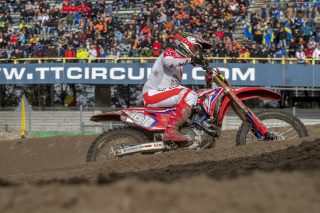 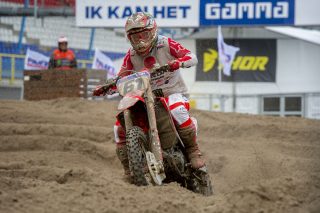 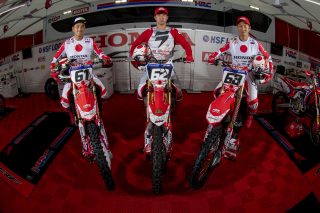 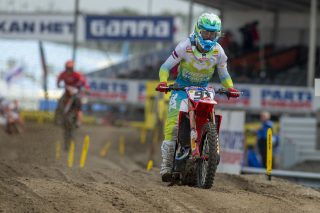 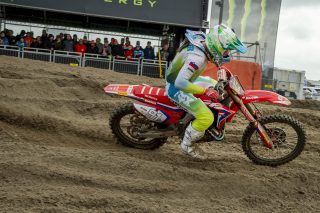 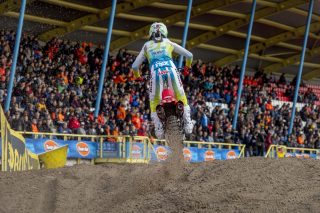 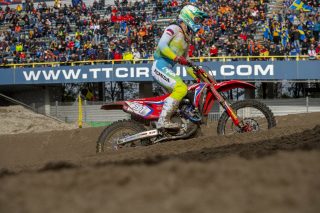 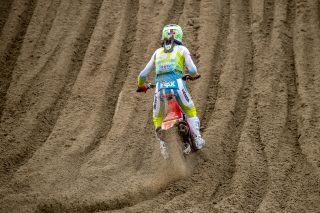 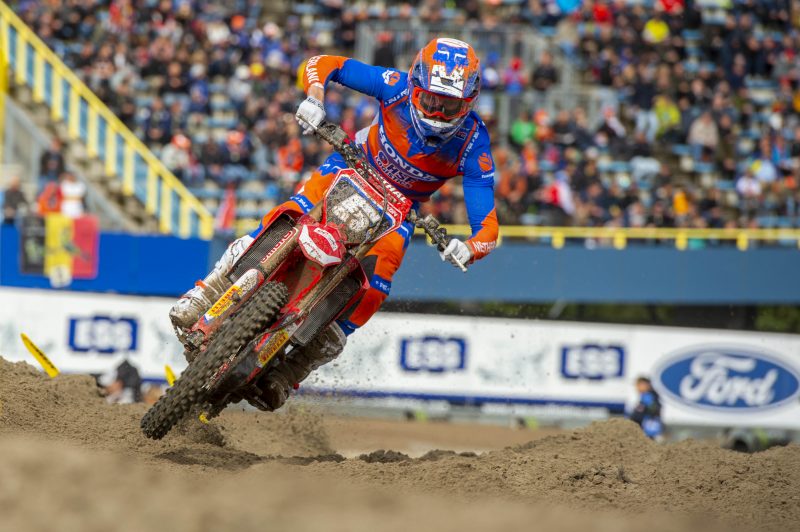