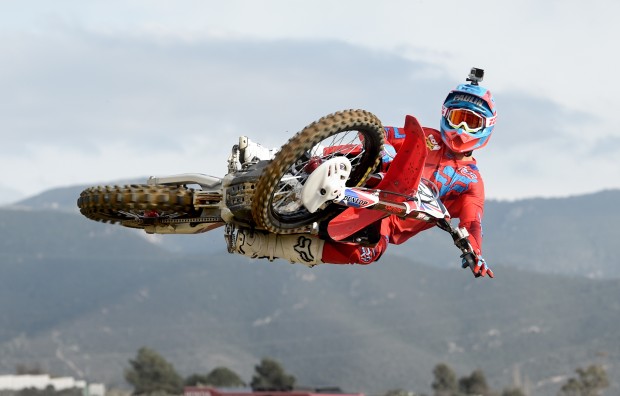 The 2015 MXGP season kicks off this weekend with the now regular season-opener at the floodlit track of Losail, Qatar. Team HRC riders Evgeny Bobryshev and Gautier Paulin will be looking to build on the Honda CRF450RW’s success in Qatar from last year, where it took a moto victory.

Qatar will signal Bobby’s return to GP racing after a 2014 season hampered by injury. The popular Russian rider has not competed in a GP since Maggiora in June of last year so, after an off-season spent getting back to optimal fitness, he is hungry to make a strong return in the season opener.

New signing Gautier Paulin will be making his Honda GP debut this weekend with Team HRC. The Frenchman will be looking to maintain his momentum from the French domination of last year’s Motocross of Nations in Latvia and the moto victory from last month at Riola Sardo, the first round of the Italian International Championship.

The off-season testing programme has seen comprehensive development of the CRF450RW and, along with rider-based input from new Sporting Manager Jean Michel Bayle, has ensured that the race-winning machine is even better than last year. Alongside the signings of Paulin and Bayle, Team HRC has also welcomed new sponsor Motul to the racing family.

The Losail track in Doha, Qatar, is situated next to the road race circuit used by MotoGP and World Superbike championships. Since its inception two years ago, the circuit has firmly cemented its place as season opener for the MXGP championship. Action gets underway at 1900hrs local time on Saturday night with the first MX2 race.

“It will be interesting to see how the results fall in this first round, with all the rider changes in the paddock. I think the year has started well for us with Gautier’s success in Riola and Bobby fully fit again. We’ve worked hard over the winter to further improve the bike and the testing has been extremely positive. Bobby and Gautier both like the bike and are confident for the season ahead. I’m very happy with how things have gone and I think we have an exceptionally strong team this year.”

“I’m really looking forward to Qatar and racing the GPs again. Since Maggiora I’ve only really been training so it’s been really a long time since my last race, and that’s why it was so important to do the Italian championship. Ok the results were not so good but my preparation was good and I feel good on the bike and that’s why we did it – to get the race feeling back.

“Now I feel good with the bike and with my physical condition - I feel better than last year at this point in the season. I’m really looking forward to Qatar because I just want to get there and race again. I feel a bit crazy about not racing for so long so I feel really motivated for this season. Everyone in the team has done such a good job and has been working so hard so all the guys are also so motivated to go racing again.”

“We are happy to come out from the winter and to get to Qatar and start racing again. It’s what we work for so I’m really looking forward to my first race back with Honda and HRC. It was pretty comfortable to be riding the Honda right from the start as it’s a really good bike and HRC are great to work with, and together we’ve been working really hard.

“I’ve been testing and training a lot and everything has been going well, especially because in France we’ve had good weather so it helps to get the job done. I’m pretty happy with the bike since I started riding it and it’s going the way I want. Every time I get on that bike I really enjoy what I do which is the most important thing in life and in the career.

“Looking to Qatar, it’s always good to go back to a place that you’ve been winning at before. It’s one of the tracks I ride well on, and of course it’s better knowing that the bike has won there too last year.” 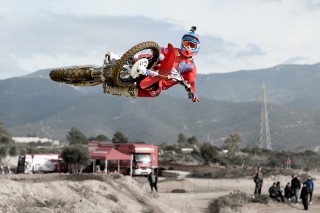 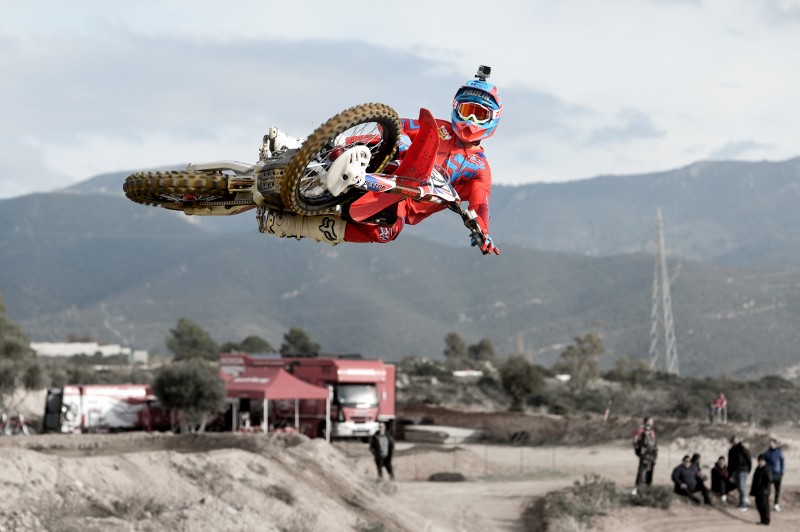