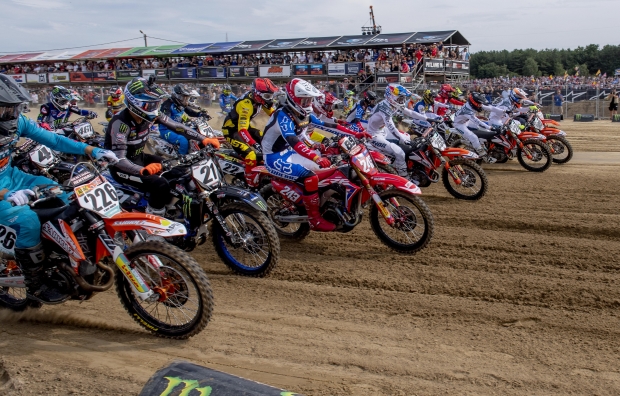 With the deep sand of Lommel behind them, Team HRC heads south to Imola, Italy for the 15th round of the 2019 world motocross championship where Honda CRF450RW rider Tim Gajser can potentially seal his third world title at the iconic motorsport circuit. Fellow 450cc rider Brian Bogers will be looking to improve upon his 2018 experience, while 250cc rider Calvin Vlaanderen will be hoping to continue his good run of from that saw him finish second overall at the last round in Belgium.

However all eyes will be on Gajser in the first MXGP moto on Sunday as the Slovenian rider needs to score just 13 points to clinch the 2019 championship, in front of what should be a massive amount of Slovenian fans who have crossed the border in anticipation of celebrating with their hero. It has certainly been quite some turnaround for Gajser since his last visit to Italy, when he left the Mantova track 40 points behind, after the fifth round of the series. From that moment on though, he has won eight of the last nine rounds and could seal the MXGP crown earlier than anyone has managed to do, in at least the last decade. It has been a massive effort from Gajser and Team HRC, but the job isn’t done yet so everyone is still focused on the work at hand.

For teammate Bogers, he’ll be hoping to banish memories of his 2018 event and finish the last few rounds of this season strongly, as he continues his battle with the top 10 of the MXGP class. A knee injury on Saturday last year meant he wasn’t able to line up for the main motos, but Bogers is coming into this weekend fully prepared after the gruelling experience of Lommel at the last round. With a couple of good practice sessions under his belt, he is ready to hit the hard-pack terrain, at the iconic Imola circuit and improve upon his recent results that have seen him finish inside the top 10 in two of the last four motos.

After a seventh in race one at Lommel, not many were expecting a podium, let alone his best overall result of the season, but Vlaanderen did exactly what he needed to do, knuckling down and finishing in second place for second overall. This also marked the second time he’d been on the podium since his return from injury and he’ll be looking for more of the same at the MXGP of Italy this weekend. He comes in as one of the form riders in the class and has proved that in sand or hard-pack, he is able to be one of the fastest guys on the track in the MX2 class.

It was amazing to win Lommel. In the past I’ve really struggled there so to come out and win was just really great and showed how far I’ve come. We have a great bike and I feel good and I was just so happy to win. Since then I’ve continued to train hard every day because I didn’t want to change my schedule and I really just can’t wait to get to Imola on Friday. The track layout looks a little bit different than last year so I will see what they have done but of course I am excited to get there and lots and lots of fans from Slovenia will be there, so the atmosphere should be amazing. I am happy that I have a chance to clinch a title in Italy because it is close to my house and Slovenia and it will be the perfect venue and I can celebrate on Sunday. All my focus is on the races and to give my best but I need to also make sure I ride smart and clever and just to have fun out there and ride like I know how to.

I had the last weekend off after Lommel because it was such a tough race and I wanted to be fully ready for Imola. I’m really looking forward to racing there because last year I only rode the Saturday and then I hurt my knee so that wasn’t great, but this year I am healthy and I’m feeling good on the bike and I had some good practice sessions in Holland, so hopefully I’ll have a good weekend.

I had a bit of a recovery last week because I still have a bit of a shoulder injury so it was better for me to try and let that recover some more. Also, I’ve had six weekends in a row racing since I came back from injury so it was just a good idea to relax a bit and let my body heal. I’ve had one day this week and then I’ll race in Belgium on Thursday just for training and for the Dutch and Belgium fans. Last year I wasn’t overly happy with how they built the Imola track, I hope they can make it a bit safer this year but I am looking forward to seeing it on Friday and hoping to have a good weekend. I’ve been racing well and getting on the podium at Lommel was amazing so I’m feeling confident I can get another good result.

After such a crazy weekend at Lommel where Tim won, and Calvin got second, the whole team has been looking forward to this race as it is like a home GP for a lot of our members. Of course it there is the potential for it to be a title-winning round for us too, so that is very exciting for everyone involved in Team HRC, both here and in Japan. Tim just needs to go out and ride like he has done the whole season and that will be enough for him to take his third world championship, and it is amazing that he has the chance to do it so early in the season. It really is testament to how much speed and effort he has shown this year and he fully deserves this success.
We also hope that Brian and Calvin have good rounds too, with Brian still looking for those two top 10 motos in an event. He came close again at Lommel and he knows that a little more will be enough to do it. For Calvin, he showed in Belgium that he is one of the best 250cc riders in the world and with a bit of time off to heal from his shoulder pain, he should really be able to show that once again in Imola. Overall it is just a very exciting round for us and we can’t wait for the weekend. 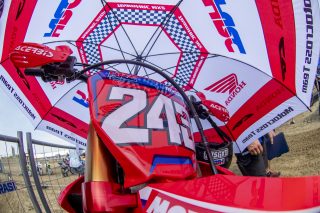 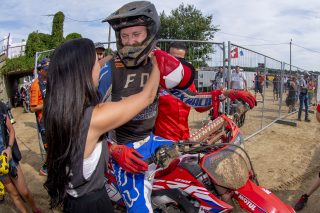 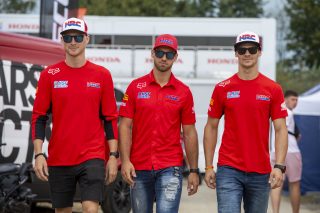 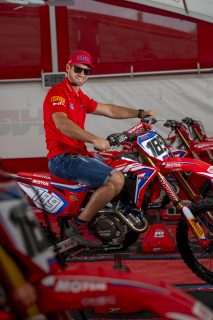 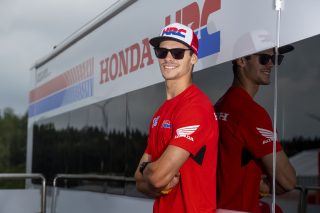 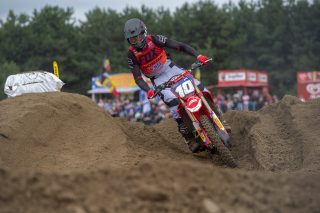 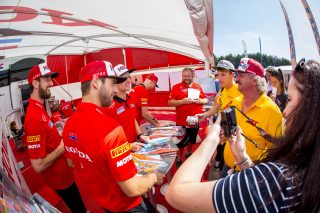 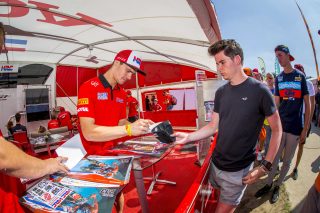 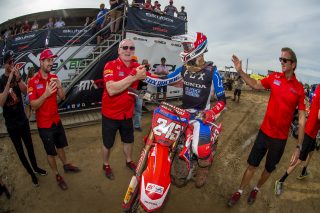 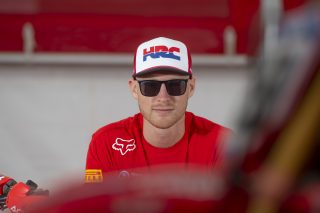 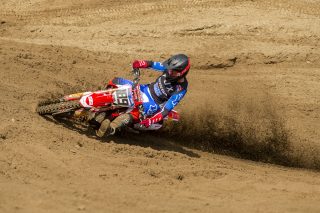 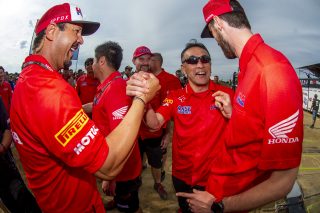 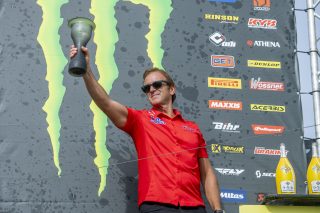 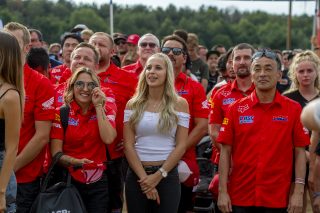 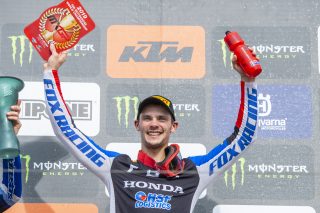 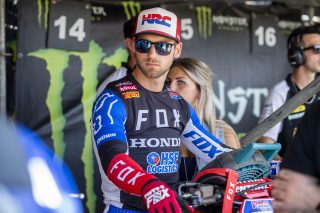 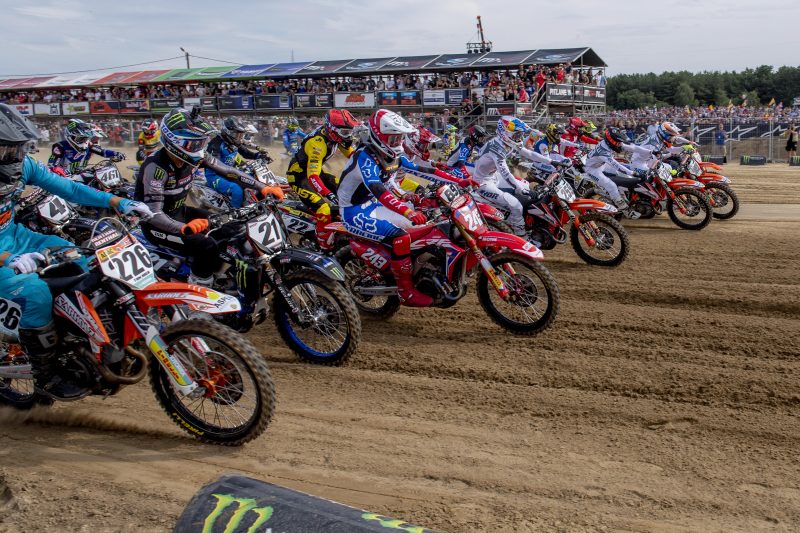