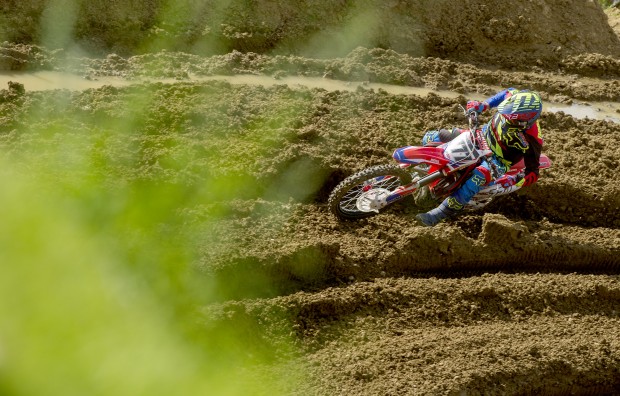 The 2015 FIM Motocross World Championship reaches its halfway point this weekend with round nine, the MXGP of Italy, held at the classic Maggiora track on 13-14 June.

There has been a short break since the MXGP of France two weeks ago, and Team HRC have made the most of this time with intensive testing in Italy to continue improving the CRF450RW.

Both Evgeny Bobryshev and Gautier Paulin have shown race-winning pace this season, which has led to a Qualifying race victory for Bobby at the last Italian round in Arco, and an overall GP triumph for Paulin in The Netherlands. Bobby also scored his first podium for Team HRC last time out in France, although luck wasn’t on the side of Paulin at home in Villars Sous Ecot.

On the subject of luck, it was also in scarce supply for both riders in Maggiora last year. Paulin missed the race altogether whilst recovering from an injury sustained in Valkenswaard, and Bobby suffered a broken fibula and tibia in race two that ruled him out of the rest of the season. Nevertheless, the team are confident of repeating the podium-performance they have showed for much of this season.

The Maggiora venue is a classic Italian motocross venue with elevation changes aplenty and passionate fans lining the track in their tens of thousands. Although rain is forecast for the weekend, it won’t dampen the Italian spirit as the gate drops for race one at 1315hrs local time on Sunday.

“Both guys have been well on the pace in recent races, and we’ve had a very productive test in the gap since France working well on different aspects of the bike. We’re making good progress again so with a little luck on our side, unlike Gautier had in France, we hope this performance continue this weekend in Maggiora.”

“I’m really happy to ride in Italy because it’s pretty much my second home as I started my professional career here. Last year unfortunately I couldn’t ride there because of my injury, but in 2013 I won there. We’ve had a good test since France and now the bad luck is gone so I’m really looking forward to it and to riding at my level again.”

“The podium in France gave me better confidence for sure. It’s been a long time since I was on the podium. It’s been difficult to come back but I always knew I had the potential; I just needed the consistency. Step-by-step we are getting there. The guys have been bringing some good stuff to the test and I think we’ll have a good position by the end of it. I don’t want to rush – I’ll just continue in the same way and I know we can take another step forward. Maggiora has some bad memories for me but I don’t think about that. I want to enjoy my riding and the weekend, and I know that if I enjoy it then it will be coming good.” 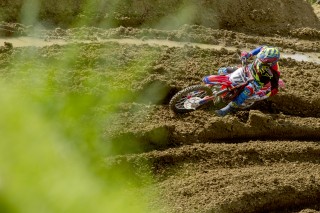 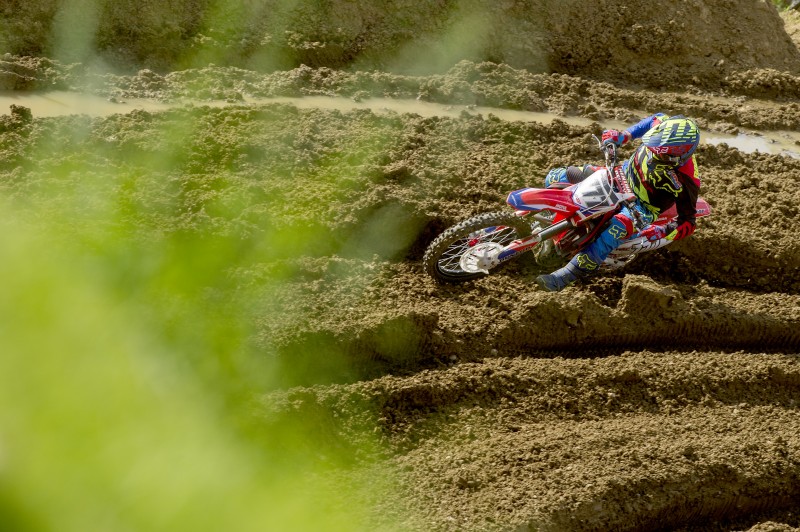