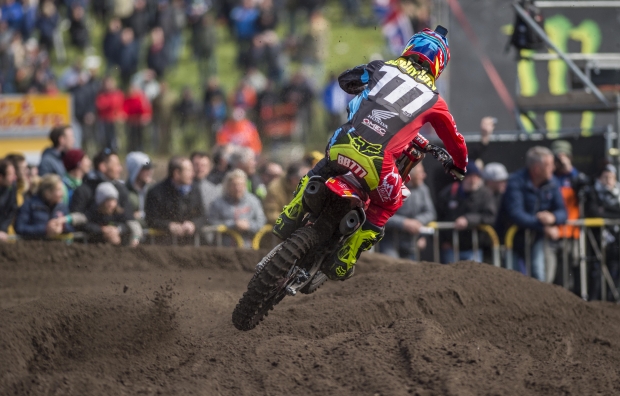 Tim Gajser and Evgeny Bobeyshev had a day of changeable fortunes aboard their CRF450RW’s in Valkenswaard and were left reflecting on what could have been.

The first race started well for Gajser who gated in second and was closing the gap between Gautier for the lead. After preparing to make a move on Gautier, Gajser spun out which left him back in sixth place and unable to find his flow. Bobryshev had a much better first race chasing down Gautier after Gajsers mistake. After getting caught in the Dutchman vs Dutchman battle for a podium finish between Van Horbeek and Herlings, Bobby came in a strong fourth place.

Race two it was Bobryshevs turn to gate second and the Russian pulled an early gap with race leader Cairoli. The battle from fifth to third was so intense it meant the group eventually caught up with Bobby who tensed up under the pressure, causing him to drop back to ninth. Gajser didn’t have the start but he persevered through the difficult terrain and pulled back to finish fourth place from seventh.

Today was ok. I made some big mistakes in the first race when I was second and I couldn't come back to find my rhythm and I finished sixth which I was a little bit disappointed with. The second race was better, even though I didn't have the best start. I came from seventh back to fourth which was good so I will take some important points away from this race and refocus for Latvia. If I am honest I didn't like that track at all so I am glad this is done and I am really looking forward to racing in Latvia and having a one week break at home.

I had a really good start in both races today and have been riding in second place for both of them but unfortunately I wasn't able to hold it in either. In the first race I finished fourth as I made some mistakes in the last few laps. I did manage to catch up again and all the group finished really close together. The second race was more frustrating for me. I was running in second place at a good pace with a gap behind me of three seconds. Then, with five laps to go I went sideways a few times on the bike and five guys passed me on one lap. I couldn't fight to get back the places which was tough. I was really motivated to be running for a podium today but it just didn't end well for me. Finishing like this isn't the way for me, I am really grateful to all the work HRC has done for me this weekend. I have to forget about this for the next race and learn from my mistakes.

Results today were not what we wanted for Gajser but when you look at the championship position, it isn't such a bad result. Cairoli is pretty special here and we only lost four points to him in the overall championship. I am disappointed with Bobby in the second race, he rode in both races under sever pressure from a group of riders behind him and actually didn't hang in there. He has the speed and capability but he buckled under the pressure. However, nobody will be more disappointed than Bobby himself but he needs to forget about this and focus on the next race in Latvia.

Race Round 6   MXGP of Europe Netherlands 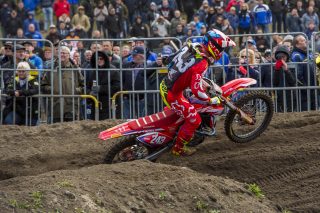 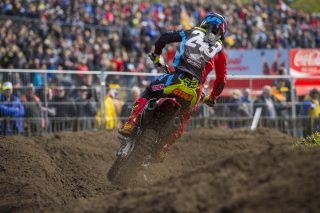 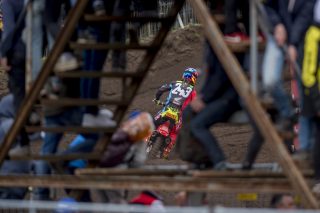 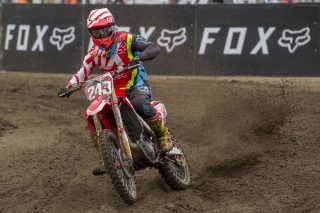 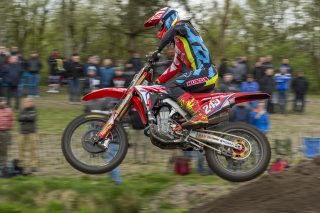 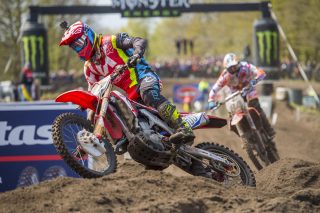 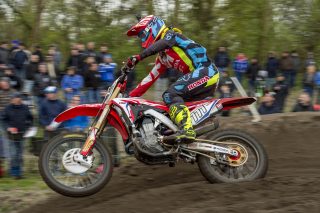 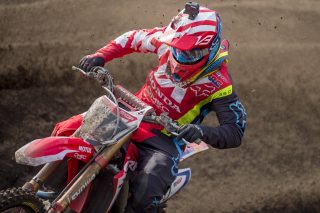 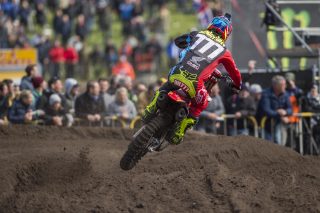 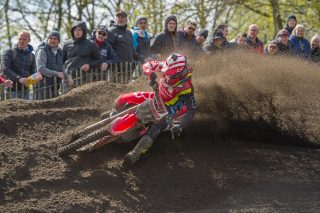