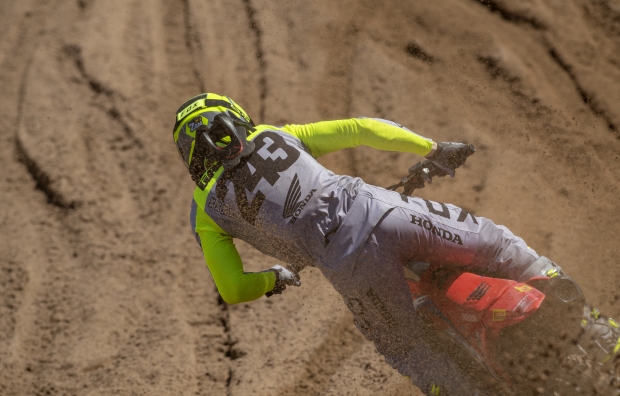 Arroyomolinos, Spain will be hosting the ninth round of the 2022 MXGP World Championship this weekend, where both Team HRC riders will be hoping to rebound from a difficult last round and show their true speed once again.

For Tim Gajser, that means returning to the form that saw him win six of the first seven GPs and go on seven moto win-streak, opening up a gap at the top of the championship that now stands at 79-points. Getting back on top of the podium won’t be easy in this competitive MXGP class, but the Honda CRF450R rider has shown his skills throughout this year already and after a third-place performance last year at the same circuit, he’ll be hoping to go even better at this year’s MXGP of Spain.

Teammate Mitch Evans is also hoping to get some redemption at a track where he didn’t have the best of luck in 2020. Two years ago, in race one, the #43 was riding comfortably in third place and looking for another top five finish before a harsh landing left him with a broken wrist. After a difficult year of rehab, the Australian now has eight rounds under his belt this season and has shown signs that he is returning to that pre-injury speed. A sixth-place moto finish in Maggiora, after fighting through the pack was an excellent result and something he hoped to bring into Sardinia, but after moving up into the top five in race one, the heat became too big of a factor. In Spain, the temperatures should also be around 30C but the terrain is a lot more forgiving and will hopefully allow Evans to showcase his ability as the series moves into its second-half.

After the cancellation of the MXGP of Jakarta, the championship is now 19 rounds, so this ninth round is an important marker for both riders in what they’ve achieved and what they can look forward to as the series progresses. Gajser will be keeping his focus on that fifth world title, while Evans had said that he’ll really be expecting to be approaching his best by the midway point.

The first time the bikes get on track in Spain will be a free practice session on Saturday at 11:20 local time. They will then compete a timed practice for gate-pick for the afternoon qualifying session, which then gives them the gate-pick for the two Sunday afternoon races at 14:15 and 17:10 on May 29th.

The last round in Sardinia was a tough one. I wasn’t feeling great heading into the race and then with it being such a difficult surface and the temperatures were high, it was just a matter of survival. But I want to put that behind me and just focus on Spain and trying to get back to performing at the level I am used to. The championship is still looking good, which is a massive positive, however I was riding and feeling so good before this past round and enjoying going to the races, so that’s the aim again for Spain.

This was the round in 2020 which I had my crash, so I feel like I’m owed one at this track and after the results in Sardinia, this would be the perfect place to bounce back and put in the scores I know I am capable of. My riding has been improving every round, it just needs to come together for two full motos and that’s what I’ll be aiming for this weekend in Arroyomolinos. I actually like the track and was doing really well before my injury so the goal is to keep that going and get my best points haul of the season.

After such a good season so far for Tim, Sardinia was just a reminder that motocross is a tough sport and the level is extremely high, and if you aren’t quite at 100%, it can be a very difficult class to race in. We are confident that he will be much better in Spain though, and despite the temperatures being high once again, the track shouldn’t be quite so demanding. Mitch will also be hoping to do well in Spain after his disappointing results in Sardinia. He was riding really well in that first moto and looking to score his best finish of the season so we are excited to see him get to that level and put it together this weekend. 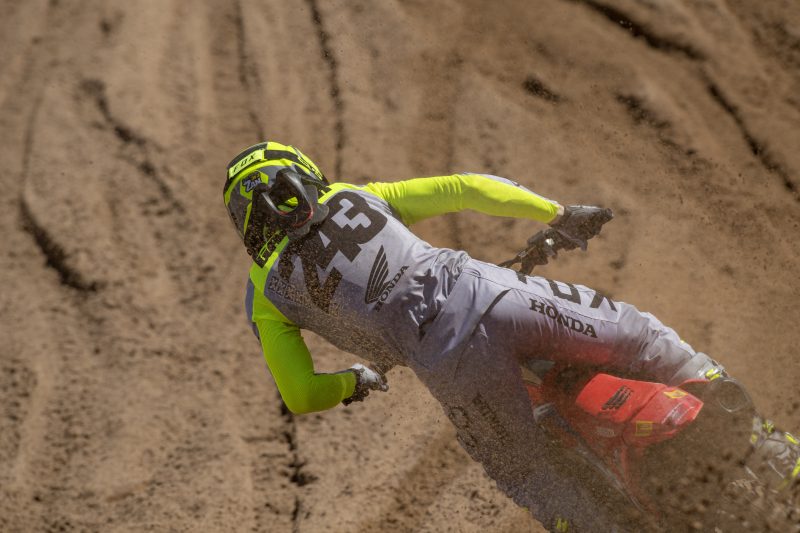