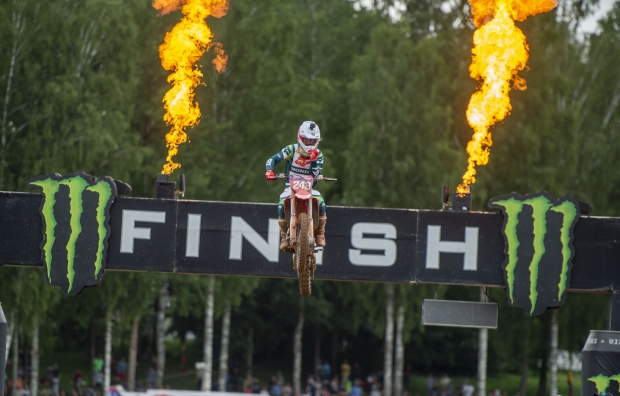 After Tim Gajser’s fourth overall in a row in Latvia last weekend, Team HRC are hoping for more success at the 10th round of the 2019 MXGP world championship in Teutschenthal, Germany. The Slovenian rider has now won seven of the last eight motos and proved that he is still capable of winning, even when faced with adversity. Fellow Honda CRF450RW rider Brian Bogers also showed signs of promise in Latvia, finishing just outside the top 10 but with laptimes comparable with those in front.

Germany will be a much different proposition than the sandy Kegums track, with ruts and rocks much more likely to a problem than the loose Latvian track. This shouldn’t be a problem for Gajser though, who is riding a wave of confidence after last weekend’s impressive comeback performance. After Saturday’s qualification race where the #243 could only come home in 18th place, things weren’t looking promising but with two great jumps out of the gate and some solid early laps, he turned the situation around and set about adding to his winning streak. Gajser was pushed all the way, but four-one results were good enough to take the overall and increase his lead in the MXGP championship to 33 points as we head into the second half of the season.

Bogers will hoping that his second moto in Latvia can be catalyst for the remainder of the series as he looks to consistently break into the top 10 in this competitive MXGP class. Finishing 12th in the moto, he’ll be hoping to go even better after a good week at home training where he’ll hopefully overcome the illness that hindered his efforts in the Baltic nation.

Unfortunately Team HRC will be without their MX2 rider Calvin Vlaanderen as he sits out one last time before his return in Indonesia. Despite a couple of promising riding sessions, he just isn’t ready to line up against the best 250cc riders in the world and will instead get in some more bike time in preparation for a return at the MXGP of Indonesia in Palembang on July 6-7.

This weekend in Germany the MXGP and MX2 riders are joined by the EMX250 and EMX125 classes as the series enters its second half. With Vlaanderen missing, the first Team HRC bike hits the track at 13:00 local time on Saturday 22nd June for MXGP free practice with the qualifying race starting at 17:40. The first gate drop for the motos then happens at 14:15 on Sunday 23rd June.

After such a crazy weekend in Latvia, I hope that this week goes a bit more smoothly. Of course everything ended up very well, with me winning my fourth MXGP in a row and extending my lead in the championship, but it wasn’t an easy round for me both physically and mentally. A big thanks to the team and everyone for the support because it really helped and now I’m excited to get to Germany and display the red plate once again. I like the track and I always get a large amount of fans there so I am looking forward to racing in Teutschenthal.

On Monday I was able to relax a little bit, which was nice because we’ve had a lot of races over the past few weeks and I know that I wasn’t 100% heading in Latvia. Today and tomorrow though I will get back to the track to do some more training and just find a good rhythm for the weekend. It is nice to go to Germany because it isn’t so far from Holland and I can drive there which just makes it feel a bit more like home. It is also means I can spend a bit more time at the track in preparation which is always a benefit too. I do like the Teutschenthal track, it’s a nice track with a grippy surface and I hope to get two good results there.

Big credit must go to Tim and to the whole of Team HRC for turning a difficult Saturday into a really impressive Sunday. It didn’t look good after the qualification result but everyone pulled together as a team and helped Tim get the result we needed. It is amazing to think that since Mantova, Tim has won seven of the last eight motos and is now leading the championship by 33 points, but he has showed great resilience as well as speed to turn the situation around. Of course we are all excited to get to Germany where hopefully the run can continue.
For Brian, the second moto in Latvia again showed us a bit more of what he is truly capable of. It was a 12th place finish with good speed in the beginning and consistent laptimes throughout. It is a small step but another reminder that he is very close to breaking into the top 10, which has been our goal from the start of the season.
Unfortunately this weekend is just a bit too soon for Calvin and he won’t quite be ready to ride. It was always going to be difficult with this run of races and we decided that it would be best to get another couple of weeks riding under his belt so he can come back strong in Indonesia. 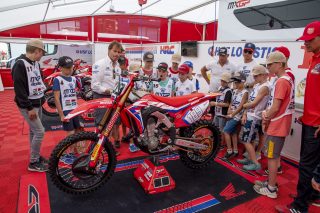 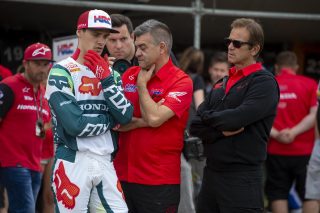 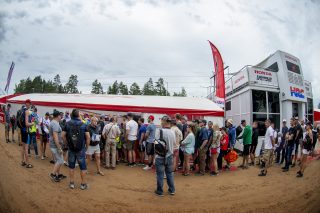 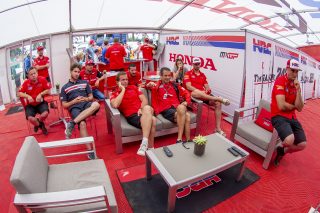 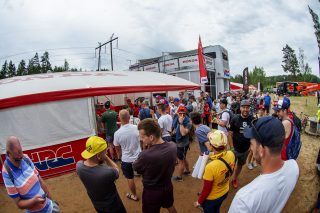 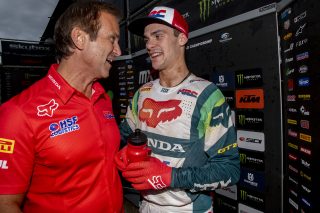 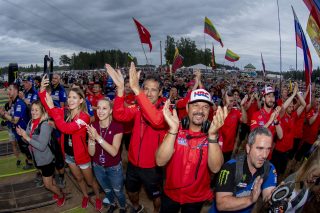 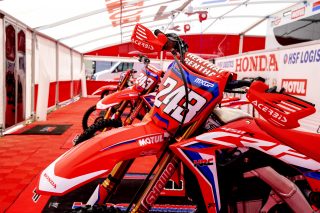 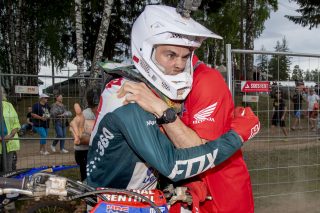 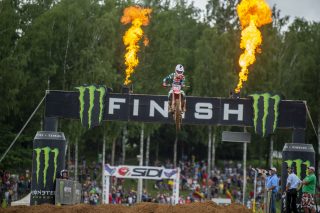 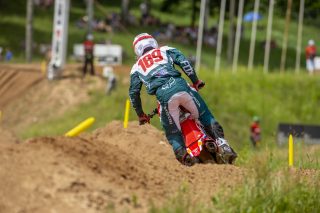 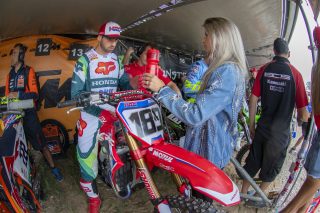 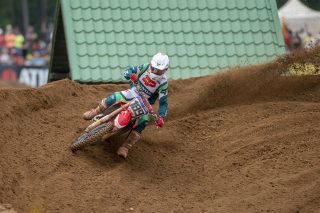 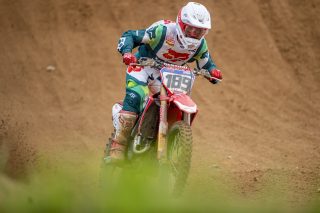 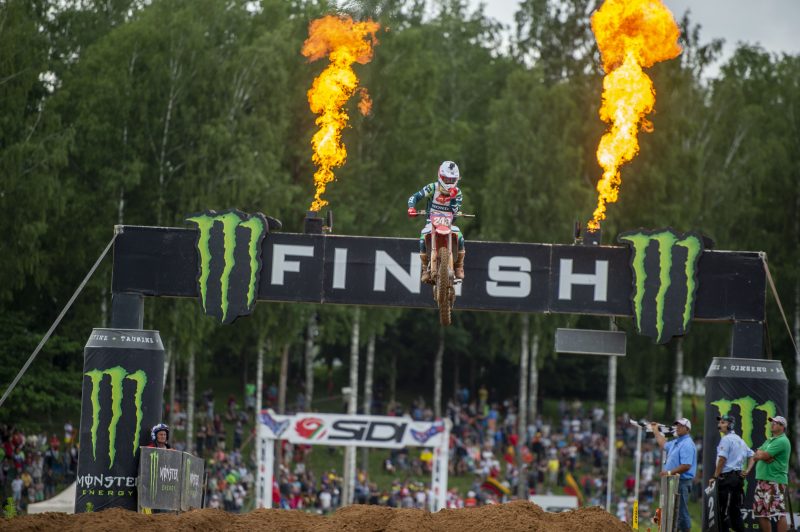