As the rain held off today in Loket, Tim Gajser showed an impressive return to form today on his CRF450RW as he took the holeshot and second overall in qualifying.

The hard work Gajser put in during the summer break paid off today as he glided round the clay based track in Loket, with the form that earnt him the world title last year. Getting the holeshot Gajser then led for most of the race until he faded in the last few laps.

Evgeny Bobryshev showed promise early in the day with second fastest in timed practice, come the race however, it all fell apart for the Russian. After starting in fifth he looked uncomfortable and started fighting the bike. Eventually, a fall then cost him to drop back to seventeenth place, where he finished. Bobby will be making some small changes to his setup In order to have a better result in tomorrow’s race.

The last few weeks have been really good, I have been able to train a lot which I have not been able to do since my crash in Latvia. Not being able to train properly and try to come back to race, was really difficult as my fitness just wasn’t there when everyone else’s was. I am now finally getting close to where I was at the start of the season with my fitness. I feel good on track and I am riding like I know how and feeling comfortable on the bike. The start is really important for tomorrow and I will just try and enjoy it like I did today as that is when I ride best.

Today was frustrating for me, I had a good start and then a few guys passed me. In the race, I was just struggling with my setup on the bike, I didn’t find the right setting for me and I couldn’t get the right speed. I started losing places and making loads of mistakes until I eventually fell, dropping back to seventeenth. I want to just forget about this race, I will have a meeting with the team tonight to work on a new setting for tomorrow. I like this track and in the past I have been on the podium here so I need to just get comfortable and then I will be happy.

Tim showed an impressive return to form today and it was good to see him riding like we know how. Now that we know is fitness is back where it should be, I look forward to seeing him race tomorrow. Bobby had a good start but unfortunately made some mistakes and looked uncomfortable on the bike today. He has some good early laps though so the plan is to go back and work on some settings to come out fighting tomorrow. 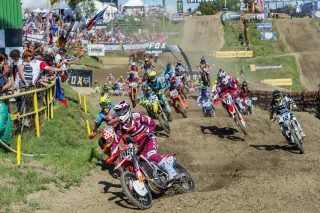 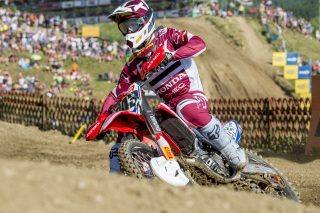 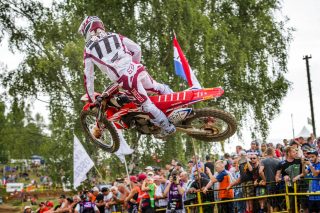