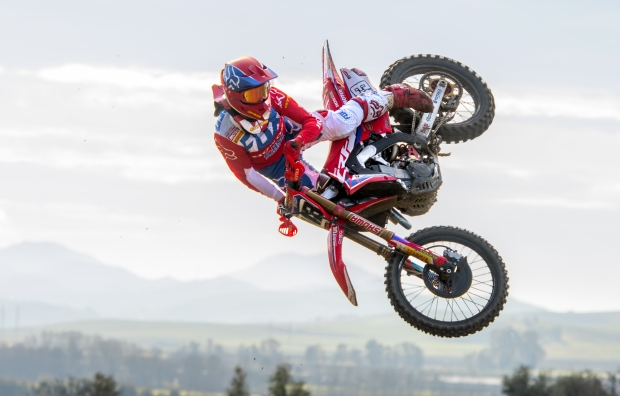 Tim Gajser – from tragedy to triumph

“I started to carry the number 243 back in 2009. It means a lot to my family and also to me because it’s the birthday of my brother who passed away in motocross.”

Heard the name Tim Gajser before? Possibly if you’re a motorsport fan. But if you’re a motocross fan, you’ll be very aware of the youngster’s legacy. At just 23 years of age, the affable Slovenian is a three-time World Champion on the Honda CRF in one of the most physically demanding sports in the world.

Racing in dirt or sand, come rain or shine, in deep ruts and corners that throw up new challenges on every lap. Flat out, elbow-to-elbow alongside 40 other riders, all vying for the same inch of ground. Jumping metres in the air and travelling airborne for anything up to 50metres, where there’s no space for anything but maximum commitment, both physically and mentally. Regularly experiencing shocks through the body in excess of five times the force of gravity, and riding at the limit of endurance for two races of 45minutes each every other Sunday afternoon.

Tim is a motocross sensation, blazing a trail that already will see him immortalised in the sport. He clinched his first MXGP world title just 12 days after turning 19 on his works CRF250RW, when he was still studying at school, returning between races to sit his exams. A year later he took his second world title, followed by his third in 2019 on the all-conquering Honda CRF450RW. From taking his first European title at the tender age of ten, he’s come a long way since joining Honda in 2014.

But, as is so often the case, the results only tell one half of the story. Coming from a background a far cry from the fruits of his success he now enjoys, as a family sacrifice was normal, and they endured the sort of tragedy that would see most turn their backs on the sport for life. He’s climbed the ranks the hard way, with, at times, nothing more than grit, determination and relentless hard work.

“Definitely it was not easy, especially in the beginning. We were struggling – we didn’t have a lot but my Dad was really passionate about racing and he really showed me everything that I know about motocross. Without him I wouldn’t be here where I am now.’

With comments from multiple MotoGP World Champion Marc Márquez and multiple motocross World Champion Dave Thorpe, watch ‘Tim Gajser – from tragedy to triumph’ to learn more about possibly the humblest triple World Champion you could ever wish to meet.

Tim Gajser - from tragedy to triumph 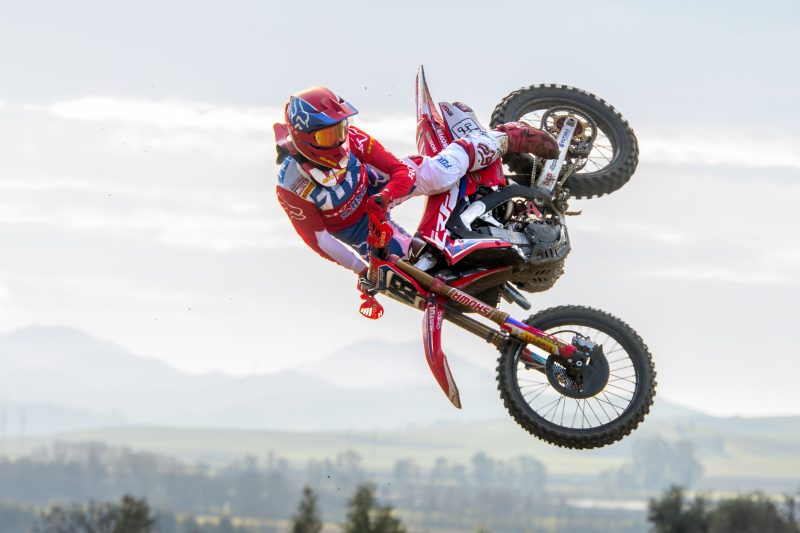