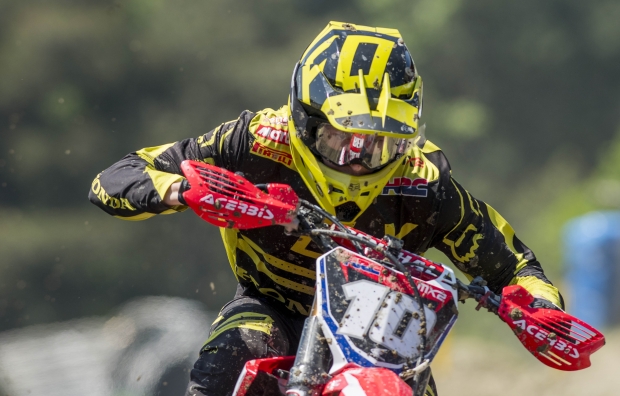 Calvin Vlaanderen has finished on a high note at his first-ever MXGP of Russia by finishing fourth in the final encounter of the round, after the sixth-place finish of race one. Today’s two combined results at Orlyonok resulted in a sixth position overall for the Team HRC rider, only two points away from the podium. With six rounds completed in the 2018 MX2 World Championship, the 21-year-old from Cape Town is now sixth in the standings.

Race one saw Vlaanderen battling for a top-five finish after a not-too exciting-jump out of the gate. In the dying moments of the race, Vlaanderen had to defend his fifth position from a resurgent Rubini, who had crashed in front of him earlier in the race. The two were side by side entering the last lap, just moments after the Belgian rival made his move, but despite a late effort the South African did not manage to retake the position before the chequered flag.

Vlaanderen had a much better start to race two by choosing the inside line, but was forced to a slight run off which cost him a few places early on. Despite the small setback, Calvin immediately picked up the pace aboard his Honda CRF250RW and with some confident riding, he stormed past Watson and Jacobi to reach fifth position. The standard bearer of HRC in the category put together some impressive laps that helped him close the gap with Olsen for fourth, although he couldn’t initially find his way past his opponent – despite a few promising attempts.

With five minutes left, Vlaanderen narrowed the gap to less than a second from Olsen and then brilliantly passed him around the outside on the long uphill section of sector two, during lap 16. Despite the clear track ahead, it was just a little too late for Calvin to have a shot at third place, even though he was only 0.8s away from fellow Honda rider Cervellin at the line.

The seventh Grand Prix of the 2018 Motocross World Championship will take place at Kegums in Latvia in two weekends’ time.

Overall I’m happy with how this round went. After yesterday’s third place in qualifying, we were looking for two solid motos and that’s what we did. In race one, after a strong start I kind of lost my rhythm and couldn’t really find it again, so sixth wasn’t a bad result after all. I had a really good start to race two but messed up a little at turn one, so I had to make my way back to fourth. I pushed as hard as I could to get third – which would have meant a podium – but it wasn’t enough. The team worked so hard and the bike was awesome, so I look forward to Latvia!

It was a solid and positive performance for Calvin, who had good starts to both races but struggled a little in finding his way past Olsen in race one, which kind of upset his rhythm. In race two he was much more aggressive and in the end he went really close from passing Cervellin and getting his first podium. I believe it was a good round for all of us and the bike performed great, so thank you to all the boys for their hard and great work.

Race Round 6   MX2 of Russia Russia 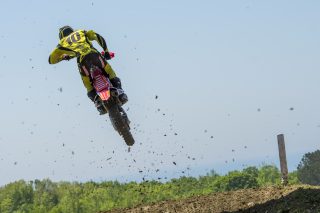 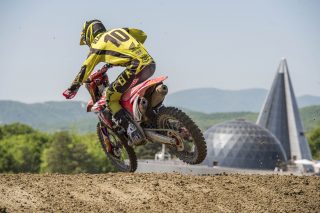 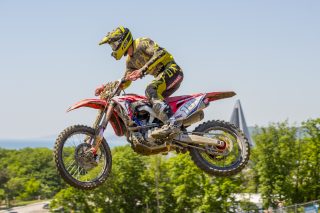 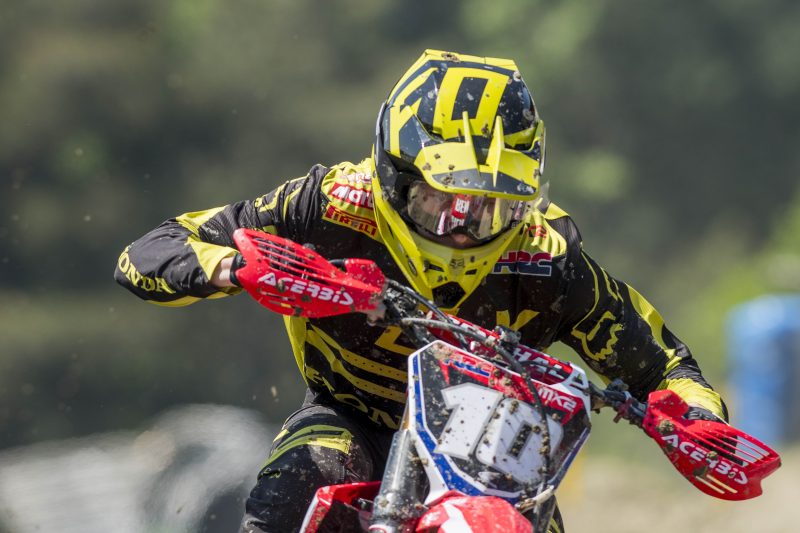