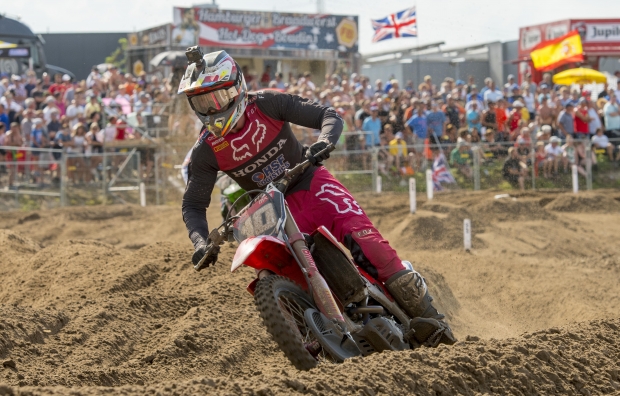 The MX2 qualifying race for the tenth round of the 2018 MXGP World Championship saw Team HRC’s Calvin Vlaanderen claim fifth place aboard his Honda CRF250RW, after a smart and encouraging performance on the deep sand of Lommel – in an unusually hot midsummer Saturday in Belgium.

After coming out of timed practice a solid fourth, Calvin had a decent jump out of the gate in what was an eventful start to the qualifying race – with few riders on the ground before turn two. During the second lap of the moto, Vlaanderen caught and passed Michele Cervellin for sixth whilst improving his pace and consolidating his position. The 22-year-old rode smartly enough to avoid any unnecessary risk on the notoriously-tricky Belgian track and was promoted to fifth position when Thomas Kjer Olsen made a mistake on lap seven.

Vlaanderen will return to action tomorrow morning at 10:25 for the usual 15-minute warm up, with the two MX2 motos scheduled at the traditional European times of 13:15 and 16:10 GMT +2.

It was a good race overall, and fifth place is good all things considered. The track is really tough and the high temperatures surely didn’t make things any easier, so it was important not to make any mistake and go home with a good gate-pick. I don’t feel 100% with the track, but the bike is working well so we’ll see how it goes tomorrow – it will be tough, but we’ll do our best!

It was another smart qualifying race for Calvin today, especially given how tough the track is and how hot it is around here this weekend. Here at Lommel it takes no time to make a mistake, but you could see that he was really comfortable aboard his CRF machine – so great job to the team and him! As usual – but even more so here – it will be important to avoid any drama at the start, so we need to stay focused and hungry for results.

Qualifying Round 15   MX2 of Belgium Belgium 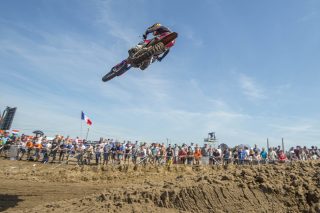 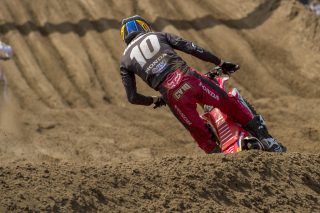 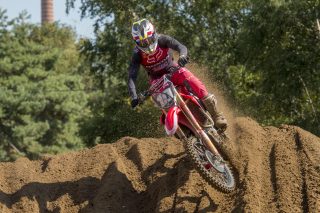 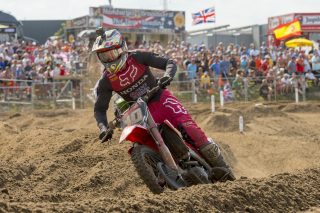 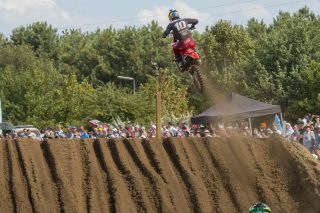 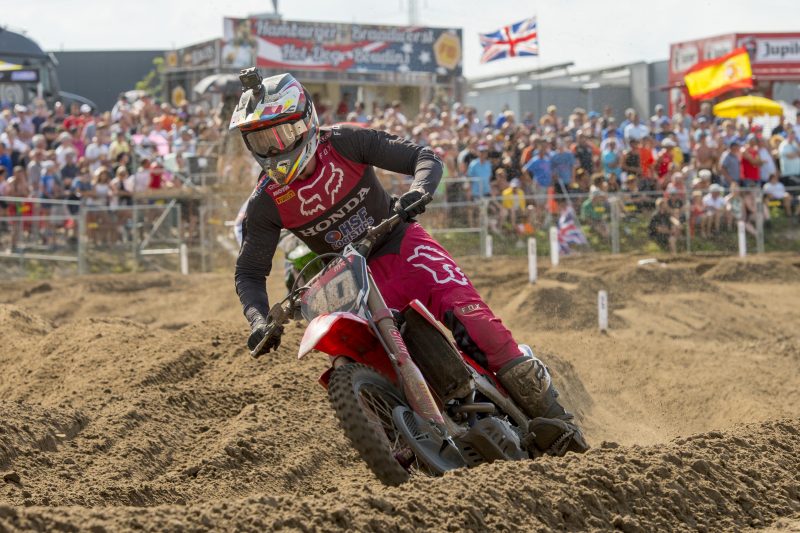