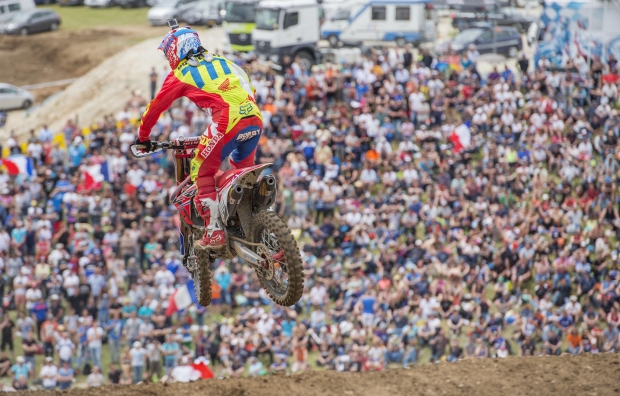 At the conclusion of the MXGP of France, two HRC riders climbed onto the podium for the second time in two races, with Evgeny Bobryshev in third and Tim Gajser in second.

With Gautier Paulin out, the lone Team HRC contender today was the #777 CRF450RW of Evgeny Bobryshev alongside Honda Gariboldi’s Tim Gajser on an identical machine.

From the start of race one, yesterday’s qualifying race winner was side-by-side with Tim Gajser in fourth. In the jostle for position, Bobby was pushed down to fifth temporarily, but on the second lap he reclaimed the position. From thereon, he gave chase to Antonio Cairoli but had what was ultimately a lonely race with gaps ahead and behind him.

In race two, Bobby had a similarly lonely race having slotted into third from the start and holding position until the flag. It’s the Russian’s second podium of the season, his first being in the opening round in Qatar, as he continues to return to his early season form with gusto.

“I’m happy with this weekend – with the win in the qualifying race and the podium today with third. Actually I had two quite boring races where I was just on my own for pretty much the whole time – behind Cairoli in race one in fourth, and then in third in race two. I want to congratulate Tim and Romain though because they were just so fast today. I was behind them at the start in race two and they just pulled away. I struggled a bit with the starts and couldn’t find the lines and a proper flow, but we’ve had a strong and consistent and bring home good points to close up on third in the World Championship, so I’m happy.”

“For the second weekend in a row it’s great to see a Honda double-podium, with Tim and Bobby both up there. Bobby rode very well this weekend – with the win yesterday in qualifying, and today just keeping out of trouble, with a good and consistent pace, and we’re seeing that Bobby again that we saw at the start of the season. It’s great for the whole team to see him on the podium again. Tim also rode exceptionally well. In race one he threw everything he had at it and came away with a big win, but just as impressively he was very smart in race two to just roll off it a bit once he got caught up in the lapped riders and bring it home in second, with equal points to Febvre meaning he’s still 24 points clear.”

Race Round 10   GP of France France 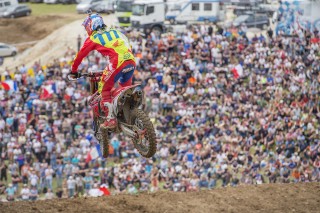 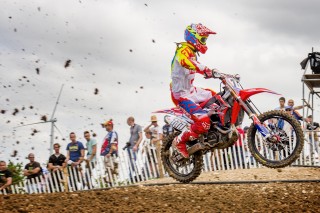 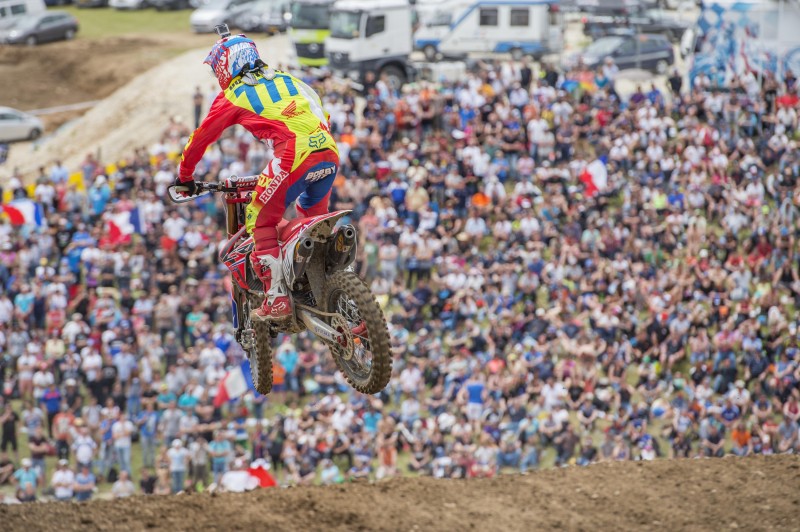