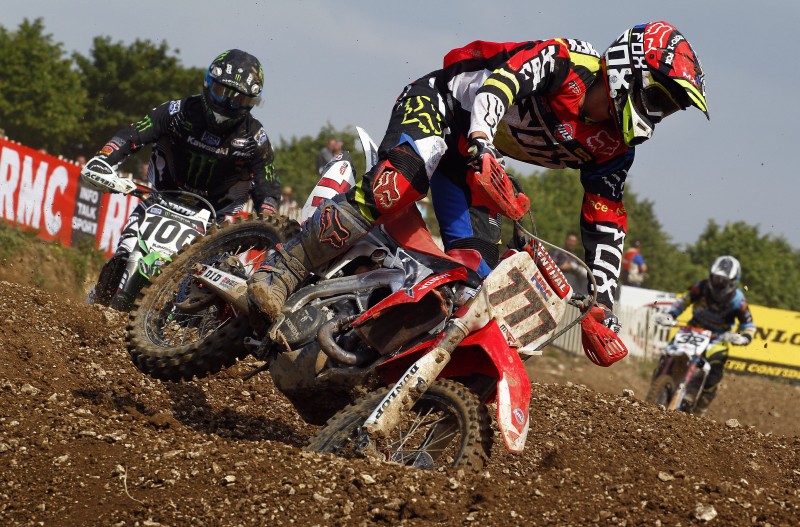 Evgeny Bobryshev took a pair of fifth positions in the two races in France today to secure fifth overall in the Grand Prix classification. Whilst his results were consistent, his two races couldn’t have been more different.

In race one he exacted a comeback of the type the field has become accustomed to when he gets his head down, fighting back from 13th at the start to climb to fifth. He was involved in battles for position the whole race and his pace and performance were relentless.

Race two was a more controlled affair as he lay in seventh from the start before picking his way to fifth again, keeping in touch with the lead pace for much of the race. Five laps in and Bobby was the fastest man on track.

After a start to the 2014 season that has so far been beleaguered by injury and subsequent recovery, this is the first Grand Prix for a time at which the Russian has secured a strong finish in each of the two races, and therefore marks the anticipated turning point in his MXGP campaign.

The next Grand Prix will be the MXGP of Italy at the popular Maggiora track on 14-15 June.

"Finally I feel I can smile after a race weekend! We had good preparation for this race and we found a good setup. I’m really happy now and getting better with confidence on the bike. We worked a lot with the team and HRC during the week to improve the bike to my style and for sure at the same time I am feeling physically better. For Maggiora we will improve more and do more testing again. The speed is there but we now need just need a little more confidence and to improve race fitness. It’s not like training because you have the added stress of competition that affects you but I’m happy that my pain is gone and I’m getting back. I saw I was in control of my position in the second race and then towards the end I made a few mistakes and the group ahead pulled away. I just need more races, but it was important today to get two strong finishes, so for this I am happy."

"It was a positive race today – two good results for Bobby was important. In race one he had more fighting to do through the field, but in race two he set the early pace and by lap five he was the fastest rider, so clearly the speed is there. Speed towards the end of the race is still something we will work on, but we see we are moving in the right direction. We will do lots of testing and work for Maggiora to build upon the performance this weekend."

"It was a solid weekend for Bobby and very important to get two good results on the board from the two races. In the first race he didn’t make a good start but came through the pack again and got stuck in. He was in battles all the way through the first race so it wasn’t easy for him as he couldn’t get any time to catch his breath or settle down, but he did a good job to take his first fifth position.

Then in the second race he got himself a good gap and hung onto the front guys for a while. He was stronger early on, but then he made the decision, rightly so, ‘ok, I can push and risk mistakes, or I can settle a bit and take two good finishes’, and that’s when he lost the gap a bit, otherwise he was running at the same pace as the front pack.

We’ve got a bike that he’s enjoying and we’ll now go back to more testing and work before Maggiora in two weeks and build upon this. With more bike time and his fitness good, the results will start coming."

Race Round 9   GP of France France 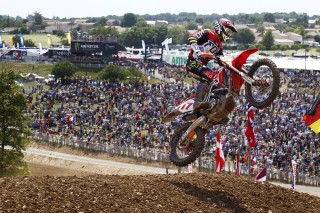 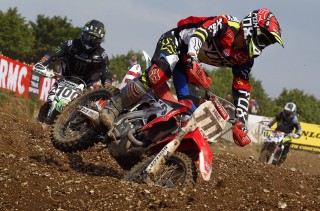 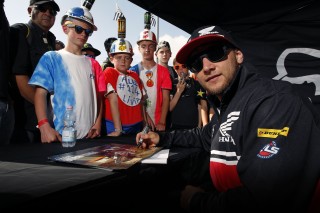