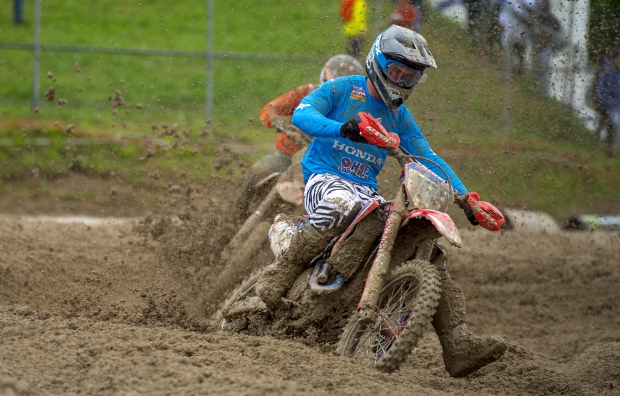 Almost 20 hours of continuous rain turned the sandy Mantova track into a muddy mess which brought about mixed fortunes for the Team HRC duo of Tim Gajser and Brian Bogers. In what was the fifth round of the 2019 motocross world championships, Gajser struggled off the line, making his life extremely difficult and meaning that he dropped valuable points in the title hunt. For Bogers, a great start in race two meant that he was able to post his best ever MXGP finish, coming home in second place, to the delight of everyone in the team.

After posting the fastest time in timed practice and then coming second in the qualification race, Gajser was confident that he could challenge for another GP victory despite the torrential rain that hit the track. However, he wasn’t able to eliminate the mistakes and even though he posted the fastest lap in both motos, he instead had to settle for his lowest points tally of the season.

With the rain causing problems all over the track, the start straight and first turn was especially affected and it was this area that caught Gajser out in the first moto. After the crash, he had to pull into the pitlane straight away in order to change his goggles, getting back into the race in last position. Mistakes littered his ride as he charged through the field, but despite this, he was still able to get back up to 10th place by the time the chequered flag came out.

He fared much better in race two but found passing harder as the track was becoming more and more one-lined. After losing his goggles due to the roost of another rider, Gajser had to settle for sixth position in what ended up being a disappointing day for the Slovenian rider.

As Gajser struggled, team mate Bogers put in the best ride of his MXGP career, finishing in an extremely impressive second place in race two. After also being involved in a start turn crash in race one and only managing to get back to 20th, Bogers was highly motivated to do well in conditions that he enjoys. And that’s exactly what he did in the second race, rounding the first corner in third place and moving into second after a couple of laps. From then on, he put in a strong ride, holding off the challenge of the rider in third, before pulling away and finishing just seven seconds behind the winner. Having put in a lot of training during the break, it was great to see that work bear fruit so quickly and it’s great motivation for this next batch of races.

Next weekend Team HRC to Agueda, Portugal for the sixth of the series before then heading to St Jean D’Angely in France the weekend after. Both Gajser and Bogers are looking forward to getting back to the race track and will use these few days for testing as they look to come in as ready as possible, for what should be a completely different surface than this weekend.

It was a tough day, after a whole night of raining. The track was a bit sketchy and one-lined and it made the start very important. Unfortunately in the first race I crashed right at the beginning and had to go directly into the pit lane to change my goggles and remove my neck brace. During the race I made a few mistakes because I had to leave the main line to make the passes and this was where the track was very tricky. I was really disappointed to finish 10th and it’s not where I wanted to be. I had a slightly better start in race two, rounding the second bend in around 10th or 12th position. I was able to make a number of quick passes but when I got to behind Coldenhoff, I just couldn’t make the pass. I knew I was faster and I posted the fastest lap of the race but I just couldn’t get around him because of how one-lined the track was. Because of all the roost, I had to throw my goggles away and then it was very difficult. It was a horrible day but that’s sometimes how motocross can be. I will move on from here and head to Portugal extremely motivated to get back to winning ways.

My good day actually started last night when it started raining, so that made the track a bit of a mess but I actually quite like these sort of conditions. Overall it wasn’t too bad and definitely not as bad as something like Russia a couple of years back but I knew that I could do well. In the first heat I got a terrible start because I crashed and got stuck under the bike and I couldn’t move until somebody helped me. After that I had to change my goggles and even with that I ended up 20th. It wasn’t the result I wanted so I was very focused for the second race, especially at the start and that helped me turn the first corner in third place. After a couple of laps, the rider in front of me crashed, so I stayed in second place for the rest of the race. My speed was very good, my fitness was good and I’m just really happy with this result. This whole team do a great job, they support me and keep believing in me and I know with their help I can do this on a normal track too. We are still building and this is great step in the process.

It was really great to see Brian riding so well in that second moto. To finish second is a great achievement and it showed how much he has improved for this year. His pace was good and his fitness kept him in second place and he looked extremely comfortable in what were difficult conditions. The whole team is extremely proud of him.
Unfortunately Tim wasn’t able to show his real speed today and it was a tough day for him in both races. To go down like that in the first corner on a track like this makes things very hard and he did well to get back to 10th. The second race again proved how hard it really was to make passes as he got stuck in a position and couldn’t move further forward. He had the fastest lap in both races so speed definitely wasn’t a problem, but now we have to hope that he can rebound in Portugal next week and get back on the podium like he did at the first four rounds.

Race Round 5   MXGP of Lombardia Mantova 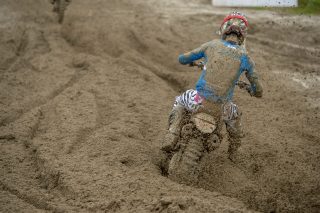 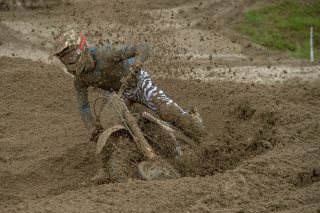 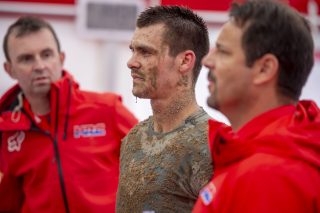 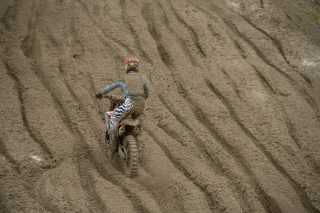 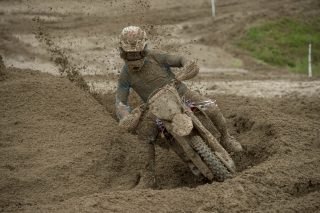 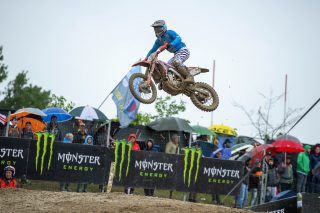 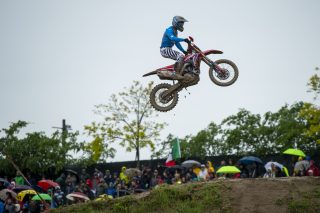 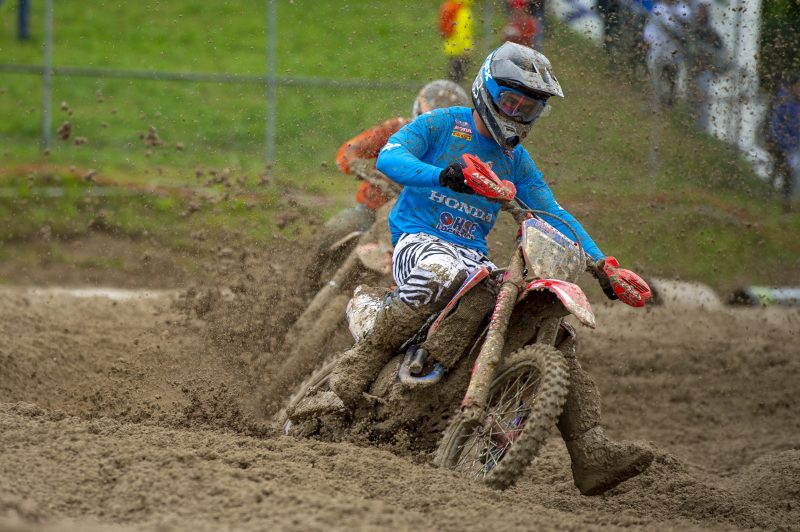