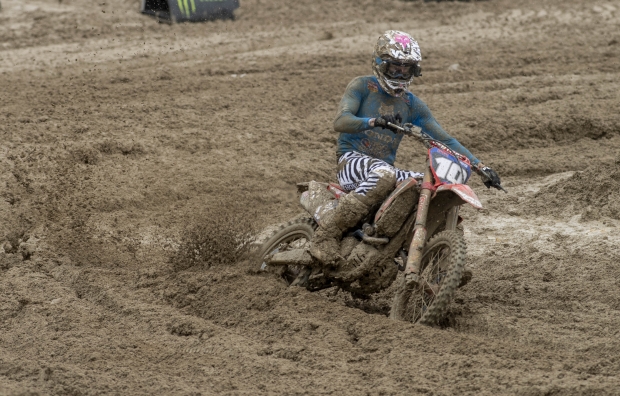 After recovering from injury for the last four weeks, Team HRC’s Calvin Vlaanderen returned to race action at the MXGP of Lombardia in what were extremely tough, muddy conditions in Mantova. A sunny day on Saturday preceded overnight rain which continued throughout race day, turning the track into a muddy mess which caused many riders problems in both races.

Unfortunately in race one, Vlaanderen was caught up in a first turn crash that included five or six other riders and he had remount in almost dead last position. With their only being one fast line around a lot of the track, passing was very tricky but the Honda CRF250RW rider didn’t give up and forced his way back into the points to finish 17th. A much better jump in race two meant he was clear of any problems and he could try and find a good rhythm on the difficult terrain. Despite having just a couple of days training in the last month, Vlaanderen kept a solid pace and was able to place inside the top 10, giving everyone confidence that he will get back to the form that saw him finish just off the podium spots in the first three rounds.

With the MXGP of Portugal next weekend, and France the week after that, there isn’t too much time to get ready but Vlaanderen and Team HRC will work hard to make sure he is fully prepared and raring to go when the gate next drops.

The day was completely different from yesterday with all the rain, and that meant the riding was a lot harder. I went down at the start of the first moto and had to pass a lot of riders to get back to 17th place. Then in race two I had a better start but made some small mistakes and ended up in 10th place. My riding wasn’t great but I am happy I could come here and race and get some points and I think that’s good for the next few weekends. Obviously we need to improve but with the help of my team I know that we will do everything possible to make that happen. I also know that each day my leg feel better and that will help me get back to my pre-injury form when I was challenging for podium positions.

It was really good to see Calvin out riding this weekend. There was some doubt a few days ago but he proved that despite the long layoff that he is still fit and fast in this MX2 class. With a few more days on the bike, we know that he can be back to feeling like he did at the beginning of the season and when that happens, we are sure that he can get the podium position that his form has deserved.

Race Round 5   MX2 of Lombardia Mantova 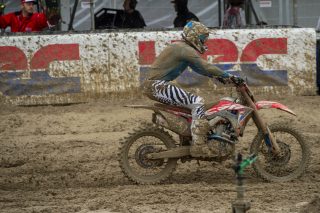 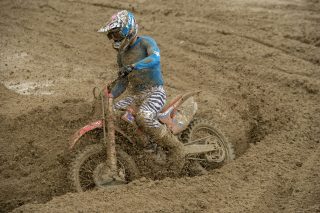 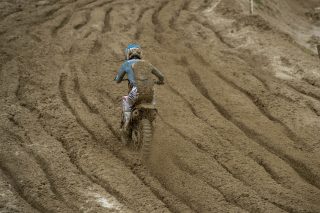 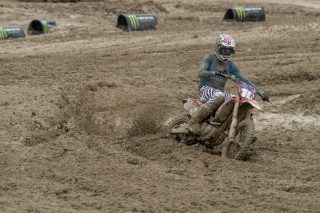 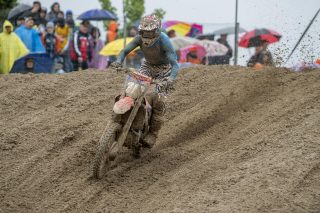 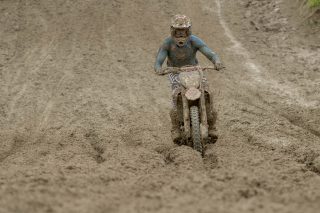 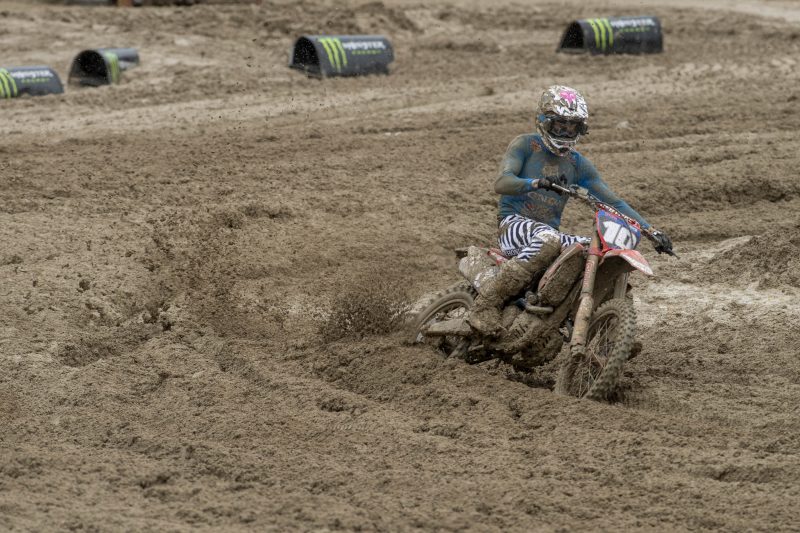