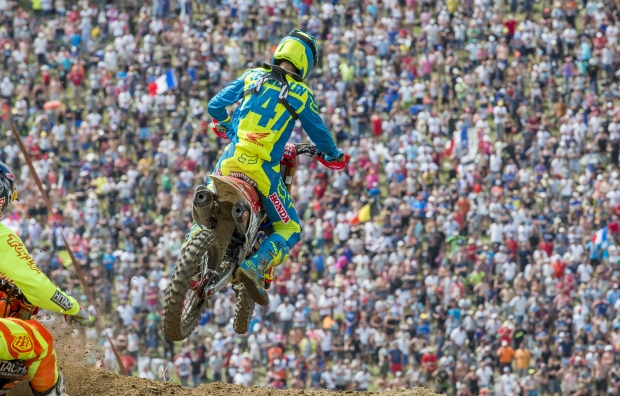 The MXGP of Ernée was a little off the mark for Michele Cervellin as his overall results do not truly reflect the Italians speed this weekend on his CRF250RW.

He proved early on this weekend that he was capable of a top five finish when his time in timed practice came in fifth fastest. Michele didn’t get the start in the first race and as a result, was pushed to the back of the pack as they all bunched in the first corner. As he began to make headway through the pack he avoided a collision with another rider but crashed himself. Quickly picking himself up, he managed to salvage a 20th place finish.

By the second race, Michele was prepared to make amends and had an excellent start. He was fourth within the first two corners and could have held onto a top five finish. Unfortunately this wasn’t to be, he went down again early in the race, setting himself back to 19th. True to form, he battled on until the end and secured a 12th place finish.

The championship now takes a week break before heading onto a new track in Russia on June 10th.

Today was not good. In the first Moto I didn't start well and then I crashed and lost all my positions, so I was right at the back of the pack. I pushed to try and get some points back and managed to get into 20th position which is one point. The second moto I started a lot better but then in the first lap I crashed and in the end I finished 12th. This is better than nothing but still not good for me. I want more. I want to do better and for sure in Russia I want a better result. I know I have good speed I just need to learn something from this, work on some things and then come into Russia focused.

Ernée turned out to be a very difficult track where it demanded the respect from the riders. Michele made one mistake in the first race which halted his progress. Going back between races, he analysed the situation and prepared to come to the line for the second race to make amends. He got off the start in fourth place and lost the front end. He went down and all the effort from the good start was lost. Fortunately, from the two crashes there are no injuries and we are thankful for that.

Race Round 9   MXGP of France France 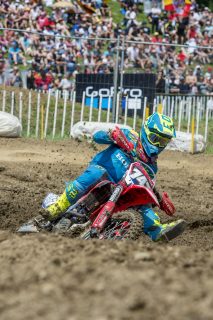 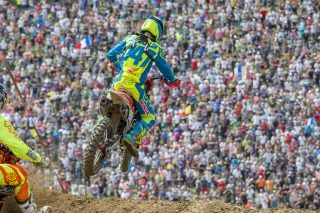 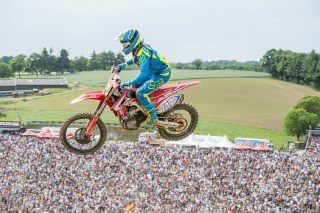 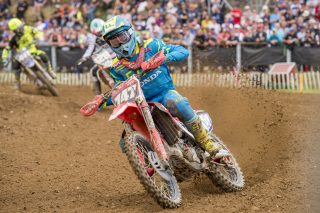 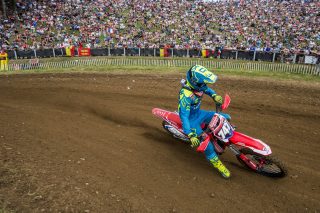 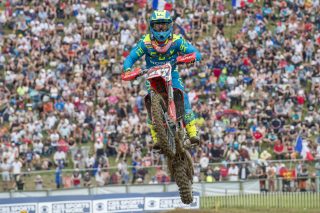 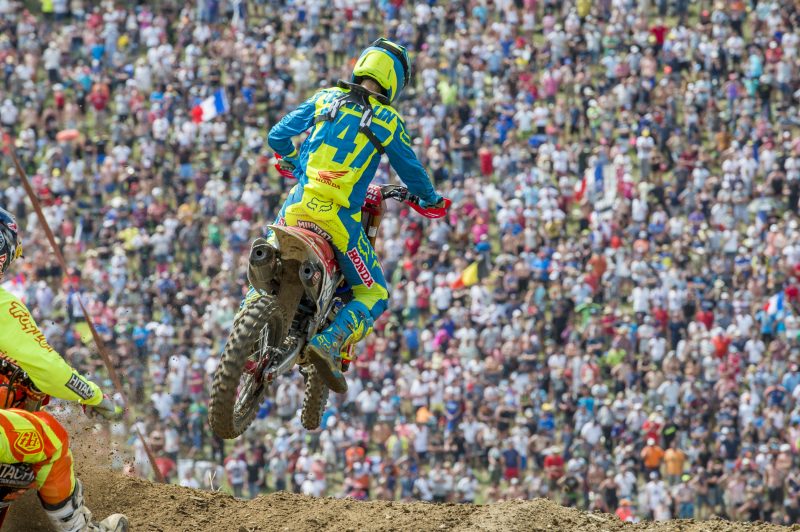