In what was the tightest battle in recent memory, Team HRC’s Tim Gajser ended up with an MXGP bronze medal for his third place in the championship, after finishing second at the 18th and final round of this year’s motocross world championship.

After an unfortunate incident at the beginning of Sunday’s race one, Gajser came into this round needing to gain 15 points over his rivals and despite his three-two moto scores, he was unable to over-turn that gap and instead had to settle for the third step on the championship podium. It was a disappointing end to what has been an incredible season, filled with many ups and down, but the Honda rider can be proud of an effort that saw him win seven motos and four overalls this year.

In race one, the Slovenian rider was unable to get out front off the start and instead had to work his way through the field. On lap one he was in seventh but as he has proved numerous times during the season, he quickly moved forward and by lap six he was in third and giving chase to the top two. Despite a lot of pressure, he was unable to make the move and as they crossed the line, he had to settle for third place.

Knowing that his championship chances were decreasing all the time, the Honda rider still put in 100% effort into race two, getting a much better jump out of the gate and rounding the first lap in third place. This time he was looking much more aggressive and he quickly moved into second after a mistake by the rider ahead. Setting his sights on a victory in the final moto of the year, he once again put enormous pressure on the leader but he came up just short, crossing the line 1.4 seconds behind the winner.

It was a valiant effort and one that is typical of the #243 who never gave up, despite suffering a number of hardships throughout this 2021 campaign. He also provided a lot of great moments this year with some excellent performances, most notably in Russia when he overtook the entire field, and then when he won in Germany, just a few weeks after recovering from a surgery. However, overall, Gajser will be disappointed not to have added to his four world titles after leading the series for the majority of the rounds.

With the 2022 season scheduled to begin early next year, there won’t be too much time to reflect and recover from this tumultuous campaign, but no doubt that Gajser will ready and raring to go come the first gate-drop of the opening round.

To come third in the championship is obviously not what I wanted when we came to Mantova last week, but this season has been filled with a lot of ups and downs and sometimes things just don’t go your way. It was a really close season until the very end, and we had some really good battles and I think we put on a great show for all the fans. Congratulations to Jeffrey for winning the title, he did what he needed to do and it was good to finish the season with another tight race with him, pushing until the chequered flag. It sounds like we’ll be starting the season at the end of February so we don’t have much of a break but I will have a little holiday and then prepare myself for 2022. A big thank you to all of the team and all the fans, I am privileged to have such great support on and off the track and I look forward to trying to win my fifth title next year.

Coming into this race, Tim needed a bit of help if he was to become champion but he is still a champion in our eyes because he always gives 100% every time he goes on the track, and because of the way he acts off the track too. Even when he knew that the title was unlikely, he kept pushing, and it was a great riding to come through the field and finish second overall here in Mantova. The whole of Team HRC are very proud of his effort and we thank him for all the great memories he gave us this year. Thank you Tim! 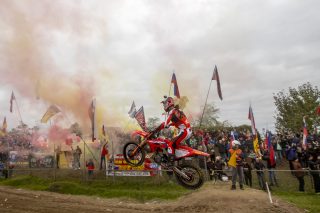 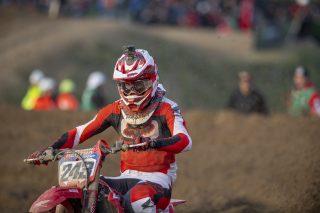 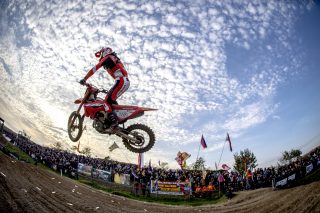 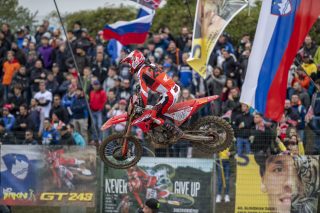 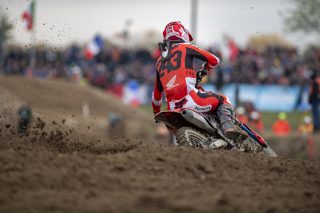