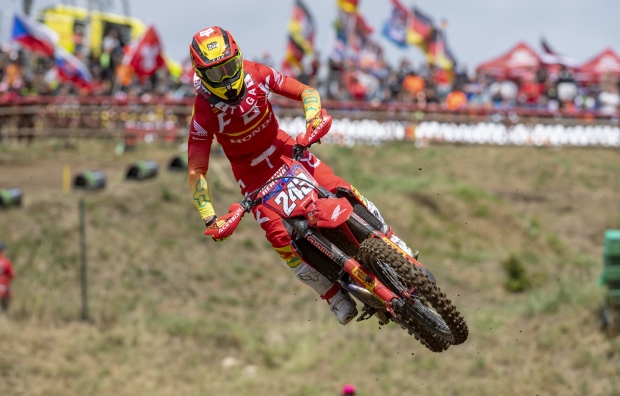 A strong second place from Team HRC’s Tim Gajser in the MXGP of Czech Republic qualification race means that he heads in tomorrow’s point-scoring motos confident that he can win his 10th overall of the season and extend his lead in the championship even further. Teammate Mitch Evans also had a good showing, finishing in eighth place, after an excellent second place in timed practice, just 0.09 seconds behind Gajser, for a Team HRC one-two.

After a couple of weekends off from racing, the riders were raring to go and the Honda CRF450R duo really showed their speed and improvements, to give themselves the top two gate-picks for the qualifying race. With the top 20 separated by just 2.5 seconds, it was an impressive feat from the Team HRC pair and a very promising sign for the future with over a third of the season still to race.

With the Loket start gate being wide open in terms of the best position for a holeshot, the timed practice domination didn’t provide such an advantage as it would at other venues on the calendar, where the inside slots are the most sought-after. And then, knowing that start is important here, Evans hit the gate, and Gajser slipped out in turn one, so the pair had to work hard to get themselves into strong positions. The #243 made some really impressive moves on lap one, moving him from seventh to third, while Evans did his best to follow him through, and ended up in seventh as they crossed the line for the first time.

With the hard, slick nature of this hillside track making passing difficult, that’s pretty much where they stayed for the rest of the race, with Gajser moving into second at the halfway mark before pressuring the leader in the last few laps. He wasn’t able to make the pass then, but he knows that he’s still in a strong position to come out near the front if he is able to get a good jump out of the gate.

Evans ended up finishing eighth, battling for the whole duration of the race, but knowing that the end result wasn’t as critical as his ability to start well in tomorrow’s two point-scoring motos. That is focus for both riders when the gate drops tomorrow at 14:15 and 17:10 for what should be another warm, sunny day in the Czech Republic.

It was a good day today, I had good speed and I felt comfortable on what was a pretty tricky track. I was fastest in timed practice so I had first gate-pick but that isn’t so much of an advantage here, like it is at other venues. In the qualifying race, I didn’t have the best start and made a small mistake on the first corner but I was able to make a lot of passes on the first lap and was third by the end of that lap. I caught up with the second-placed rider quickly but it wasn’t easy to make a pass, but eventually I did and then set my sights on the leader. Again, I closed quickly but couldn’t make a move this time and settled for second place. I’m happy with my speed and if I can get a better start, I’m confident I can get the victory here.

It was great to finish in second place in timed practice, just behind Tim. It really showed how fast the Honda CRF450R is and also how much my speed has improved this season. Unfortunately, I didn’t put second gate-pick to good use as I hit the gate and had to work hard to get myself into the top 10 early on. Still, I made the passes and was seventh, which is pretty much where I stayed for the rest of the race. I tried to make some more passes in the race but it was quite a difficult track to find good places, and knowing that the gate-pick isn’t so important, I wanted to stay consistent and try to get a better jump in the motos tomorrow.

It was great to see the Team HRC riders first and second in timed practice, because we know just how hard they have worked to get there. Tim was then able to transfer that form into the qualification race, finishing a strong second and making some passes, which wasn’t easy on this track. We are hopeful he can come out on top tomorrow and get his first win here in Loket. For Mitch, we are also happy with his performance and he’s really starting to feel comfortable battling with guys in the top five positions. We just need both riders to get good starts tomorrow and it should be a very successful day. 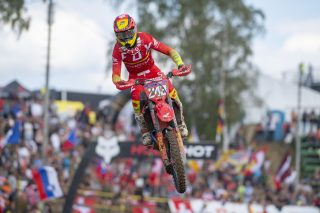 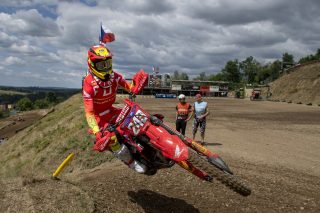 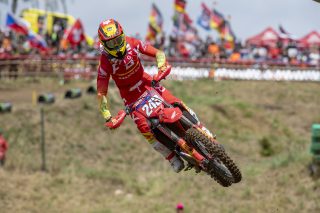 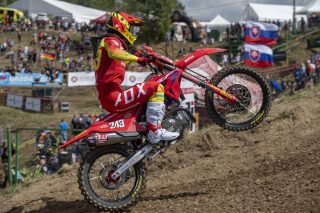 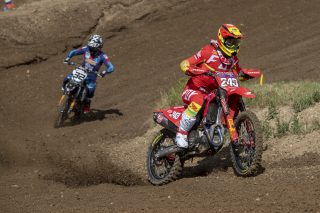 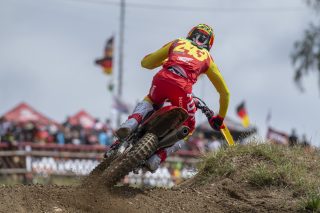 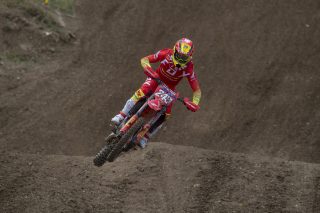 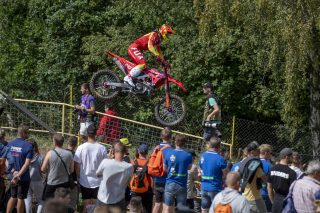 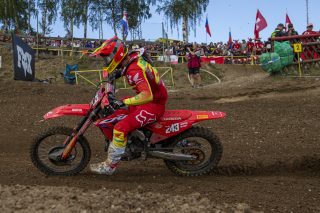 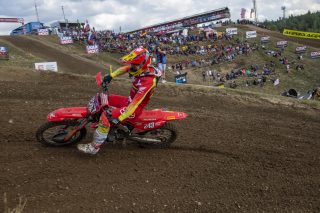 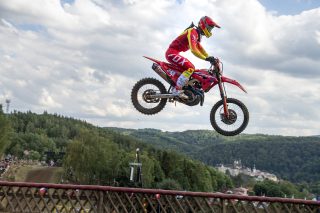 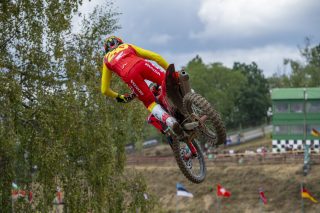 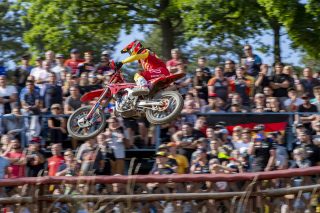 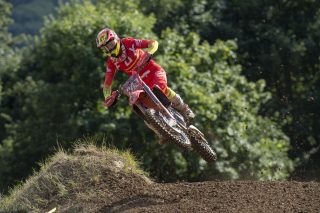 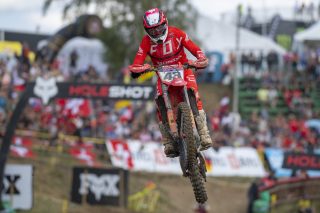 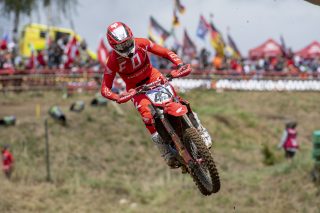 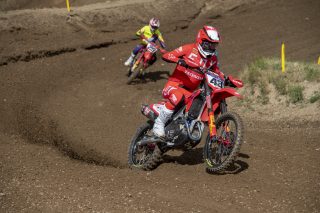 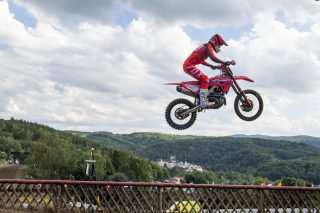 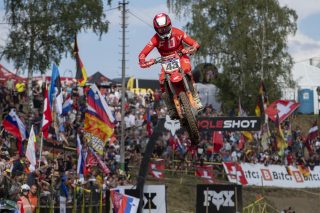 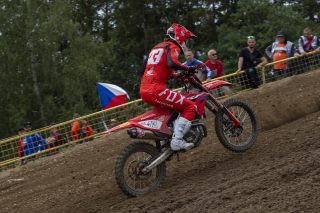 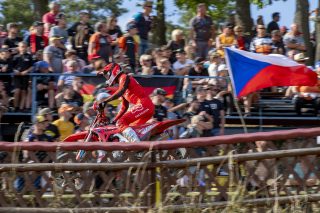 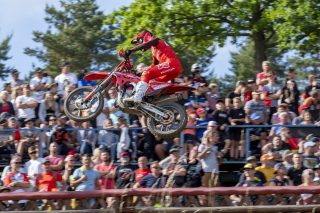 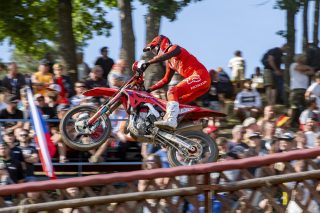 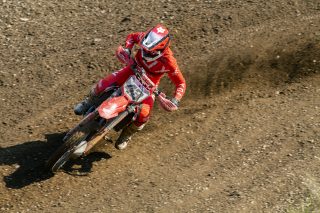 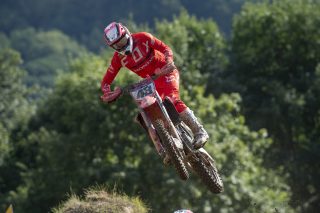 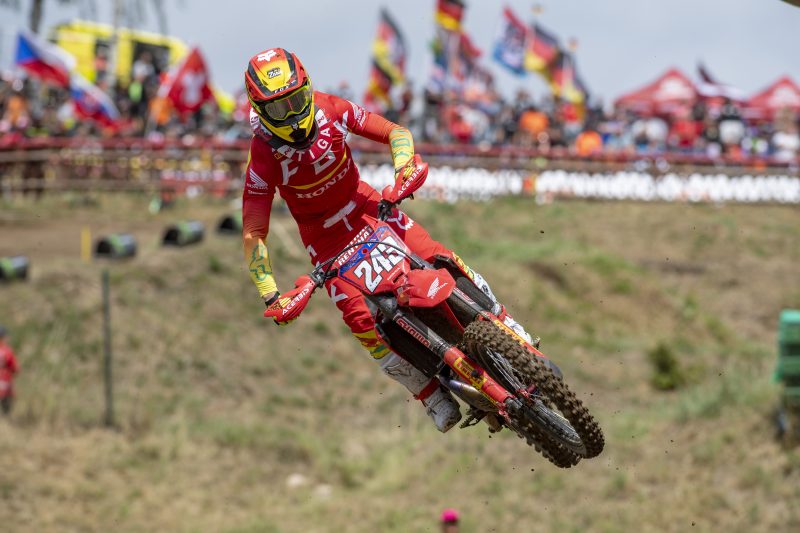