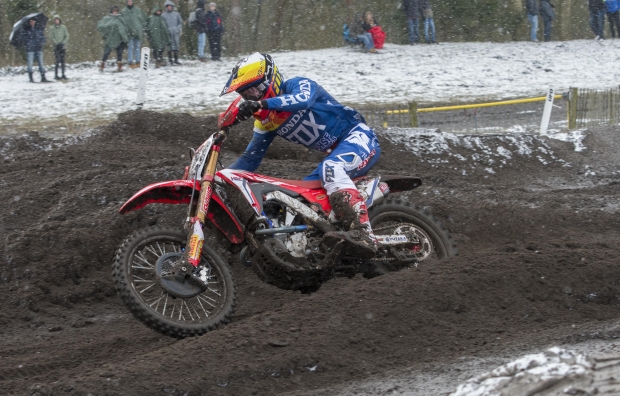 Team HRC’s Calvin Vlaanderen completed the opening day of action of the MXGP of Europe by claiming eleventh place in today’s qualifying race of the MX2 class. The encounter took place in freezing temperatures at Valkenswaard’s Eurocircuit, with snow adding an extra challenge to the riders competing in the category.

Vlaanderen did not enjoy the best of starts after having the tenth gate pick, and was running in 17th place after the opening lap was completed by the MX2 field. The young South African rider, however, managed to recover a handful of spots in the early stages and with twelve minutes left he was running solidly in eleventh place aboard his Honda CRF250RW. He then maintained his position for the remaining laps as he crossed the line 11 seconds ahead of the next rider.

It wasn’t my best day at the office, I would say. I didn’t feel comfortable since free practice; I must say I’m also a little bit sick, and surely this has played some part in today’s performance. I got a good jump off the gate in the qualifying race but I got bogged down because it was quite wet. My rhythm was more similar to training than racing, but hopefully tomorrow things will go in a different way so that I’ll be able to show my true speed again.

Calvin got a good start but got stuck a little bit in a soft spot after the gate, which surely didn’t help. He struggled a little to get up to speed so he could not stay close to the riders, but that can happen. He now needs to rest – as he’s a little bit sick - regroup and focus on tomorrow; he needs two good start and a different type of pace if he wants to get nearer the front of the field. We have a couple of set-up changes in mind following his feedback and hopefully these will give him fresh confidence ahead of the races.

Qualifying Round 2   MX2 of Europe Netherlands 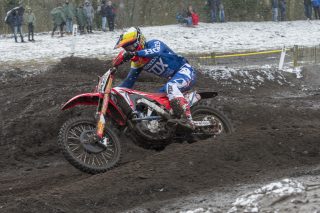 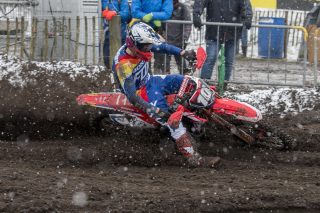 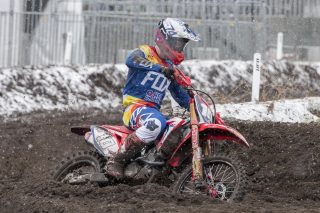 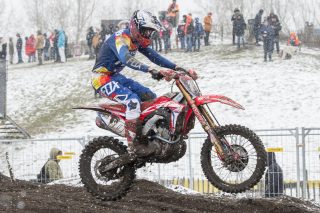 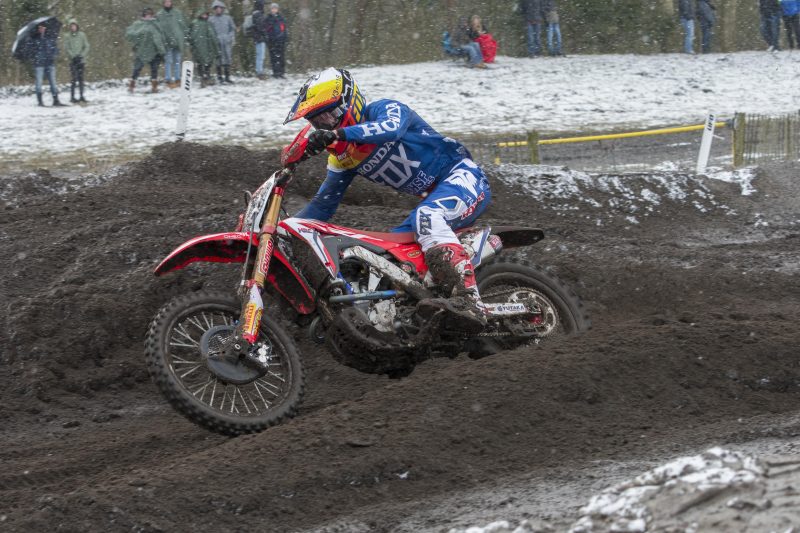