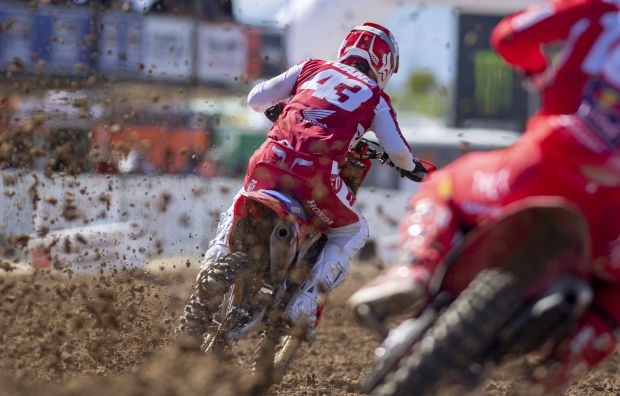 Team HRC’s Mitch Evans was the highest finishing Honda CRF450R rider in today’s MXGP of Spain qualification race after an excellent sixth place result, while championship leader Tim Gajser recovered from an early-race crash to storm through the field and get back to 11th, still giving him a decent gate-pick for tomorrow’s races.

In what is the ninth round of the 2022 MXGP World Championship, Team HRC were sporting a 1980s-inspired livery to mark the 50th anniversary of the Honda CR-CRF machine. But while the look was different, the power of the 2022 Honda CRF450R was still evident as Gajser posted a fastest lap just 0.005 seconds behind first place, giving him second gate-pick for the qualification race. Teammate Evans rounded out the top 10 with both riders well-placed to get a strong start on this long first straight.

After the first turn, both riders were challenging inside the top 10 and looking to move forward throughout the moto, however on lap two Gajser was forced to jump off the track to avoid the rider ahead and he slid out on the loose dirt next to the circuit. Remounting in 20th place, he soon began working his way through the field, and was actually the fastest rider on the track at one stage as he carved his way forward. Unfortunately he just ran out of time to get inside the top 10 but 11th position is still okay for this start and after Sardinia’s holeshot, he’ll be confident he can get out near the front and get back to adding to his six overall wins so far this campaign.

For Evans, he’ll be starting from sixth gate-pick as he worked his way forward from eighth place after lap one. It could have been even better for the Australian as he was extremely close to taking fourth place with a couple of laps remaining, but a small mistake then dropped him a position and he settled for another good qualification result in what were extremely hot and difficult conditions.

Tomorrow’s forecast also looks like 30C plus temperatures and with the rutted surface causing a number of mistakes, it will be a real challenge for all the riders to navigate this Arroyomolinos circuit. However the Team HRC duo are feeling confident and excited for the opportunity to once again showcase their speed and skill in front of what should be another massive Spanish crowd tomorrow.

Finishing 11th wasn’t the best result but I was happy with my riding and I know that if I can get out of the gate well in tomorrow’s races, I have the speed to challenge for the win and that’s hopefully what I’ll be doing. I didn’t get the best start today, but I moved quickly into the top five and was challenging another rider in front when he changed his line on the take-off of the jump, forcing me to jump off the track into the dry dirt. Unfortunately, this didn’t have any grip so my rear tyre spun out and I had to pick my bike up near the back of the field. I made as many passes as I could in the remaining laps, moving up from 20th to 11th so that was pleasing, I just have to concentrate tomorrow and find a good rhythm on what is a tricky track.

I had a really good race today and I’m very happy with how things are progressing. Obviously, coming into the race, there was some focus on the fact that this was the track where I got injured in 2020 but I really like the track and I really feel like I can get good results. I started just inside the top 10 and just tried to find a flow and keep a consistent pace. I was able to make a couple of early passes and was even looking to move into fourth a one stage but a small mistake near the end of the race meant I finished sixth. Overall though, I’m excited for tomorrow and hoping to get my best results of the season.

Bit of a mixed day, with Tim finishing in 11th but we know he can do better tomorrow so we aren’t too worried about that result. The important thing is to get two good starts and he showed at the last round in Sardinia that he is capable of that after getting a holeshot. His speed is good and we are confident he’ll be challenging for the top step of the podium once again. We were really happy with how Mitch rode and can’t wait for him to do even better in the points-scoring races. This sort of result has been coming for a number of rounds now and this would be the perfect place to start his podium charge.

Qualifying Round 9   MXGP of Spain Spain 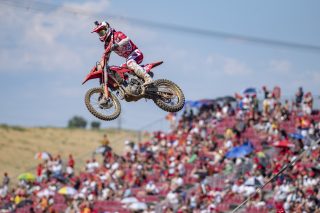 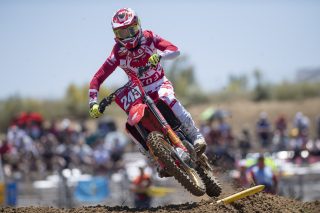 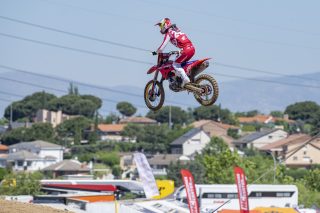 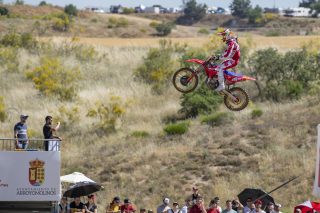 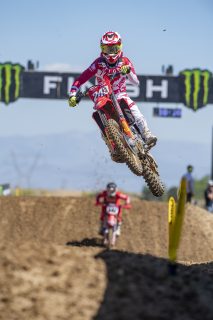 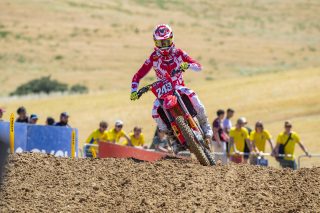 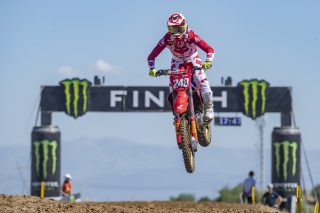 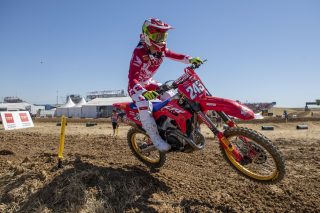 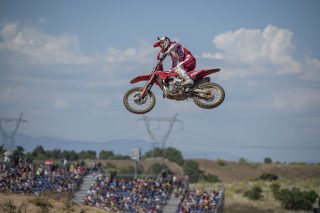 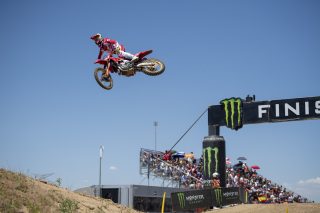 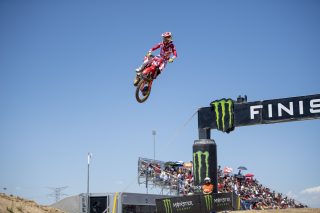 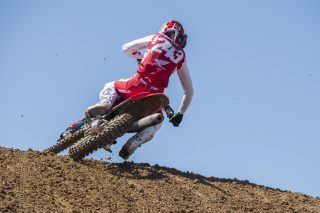 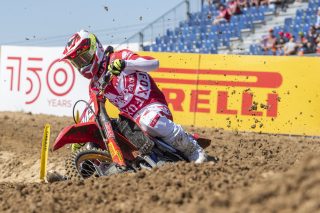 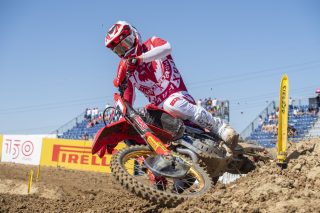 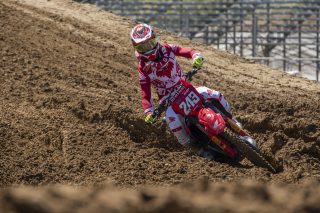 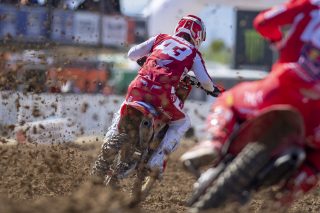 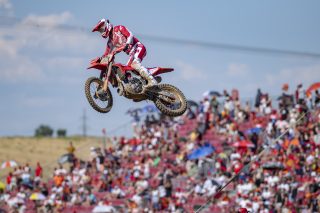 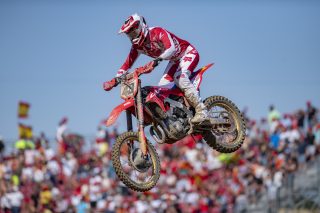 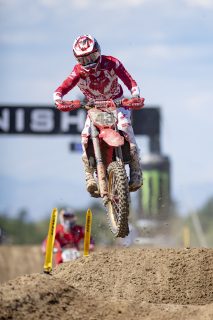 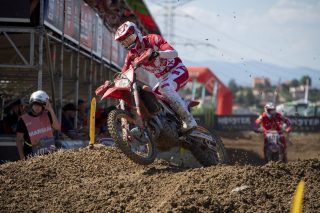 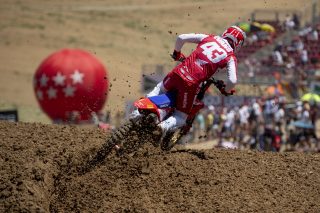 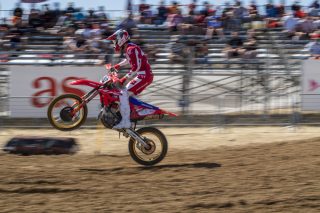 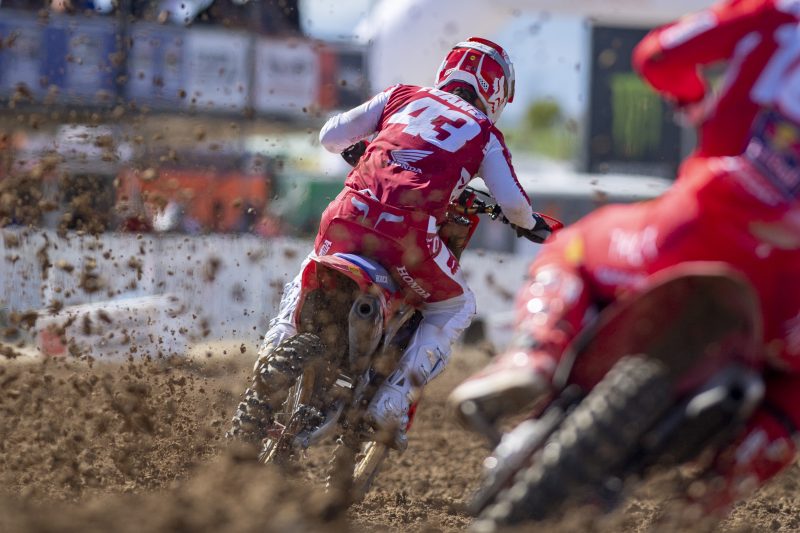