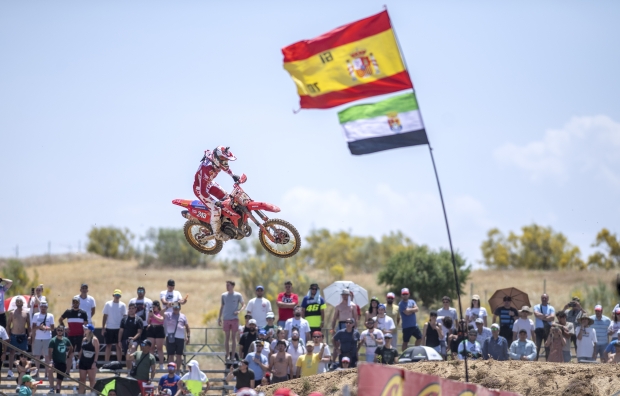 Team HRC’s Tim Gajser leads the 2022 MXGP Championship by 66-points after going two-six at a blisteringly hot MXGP of Spain, held just outside the capital of Madrid at the intu-Xanadu Arroyomolinos circuit in front of a packed-out Spanish crowd. Teammate Mitch Evans just missed out on a top 10 performance with his 12-8 finishes but is still building and had a strong final few laps to give him some positivity heading into next weekend’s French GP.

On a track where passing was at a premium, the first few corners were critical and Gajser was able to use the full-force of his Honda CRF450R to power through into third place on the first lap. A couple of laps later he swept into second place and despite pressuring the leader and posting the fastest lap of the race, he couldn’t find a way through and had to settle for second place. Knowing that a seventh GP win was still within reach, he tried his best to repeat that performance in race two but he wasn’t able to make the passes on the first lap he needed and came through for lap one in seventh place. With victory now an extremely difficult task, he just tried to keep things consistent on what was a tricky one-lined circuit in soaring temperatures, but unfortunately fell into following the rider in front, and as a result couldn’t move forward. In the end he crossed the line in sixth place, for fourth overall, missing out on a podium spot by one point but still keeping an extremely healthy 66-point gap at the top of the championship.

Evans came into this event looking for a bit of redemption at a venue he likes, despite it being the place he crashed in 2020, which ended up forcing him to miss the whole of 2021. Qualifying went well, giving him sixth gate-pick for the two motos, but he wasn’t able to utilise that to its full potential in either race as he came through the first lap in 11th and 10th. In race one, things were going well as he moved up to seventh by lap 11, however he wasn’t able to maintain that pace and ended up receiving the chequered flag in 12th position. Looking to improve in race two, he paced himself much better and was able to make a pass with just two laps remaining to move into eighth place. His 22-points just saw him miss out on a top 10, but he leaves Spain with a lot of motivation that things are going in the right direction.

Next weekend, the iconic Ernee track in France hosts round 10 of the MXGP series, where both riders will be hoping for improved fortunes and lower temperatures at a track that hasn’t seen a GP since 2017, but always provides for memorable scenes in front of what is sure to be another passionate French hillside of fans.

It was another tough GP with high temperatures and I’m still not feeling 100% for a couple of weeks now. The track was difficult and there were only one or two lines, so it was very difficult to make any passes once everyone found their rhythm. In the first race, it wasn’t so much of a problem as I was in third place early and quickly got into second, but in the second race I started seventh and only got up to sixth, and obviously I wanted to do better than that. We now have France the next weekend, so I will regroup again and get in so more training and just try to get back to the high level I had before Sardinia. A big thank you to the team for all their work and I’m sure we’ll get back to winning in this second-half of the season.

It was good to get this round done, and finish strongly in that second moto. Even with the crash in 2020, I like this track and I felt good again this weekend so I felt I could get some good points. Unfortunately, I wasn’t able to get as many as I would have liked but I feel like I am progressing and the best is definitely still to come. This place is a really cool venue and the fans are great, so that also adds to the positive experience, and hopefully Ernee, France will be the same again next weekend.

We knew this would be another difficult weekend with the temperatures and the fact the track really doesn’t produce a lot of passing opportunities. The start is very important and although Tim was able to have a good couple of corners in race one, he wasn’t able to replicate that in race two and that made things very difficult. He fell into the pace of the rider in front and couldn’t make the moves he needed to challenge the guys in the podium spots. Still, the championship is in a strong position, even after two tough rounds, so we are looking to bounce back in France.
For Mitch, it was good to see him moving forward in race two for another top 10 finish. We expected the same in race one but he wasn’t able to hold on and crossed the line in 12th. Overall, it is another weekend of racing under his belt and as we move into the second part of the season, he has a good platform to fight with the top riders.

Race Round 9   MXGP of Spain Spain 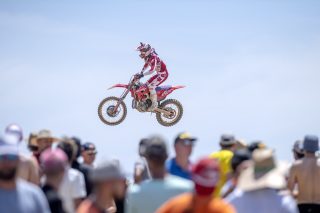 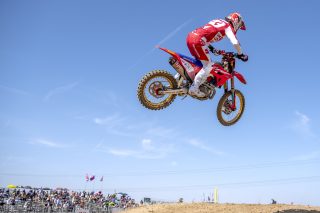 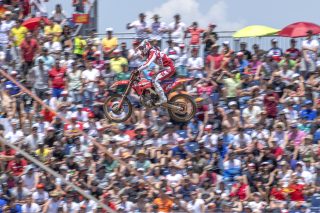 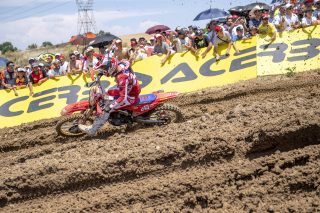 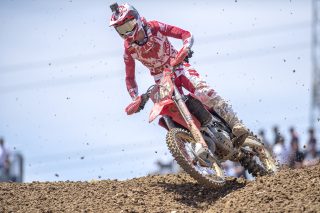 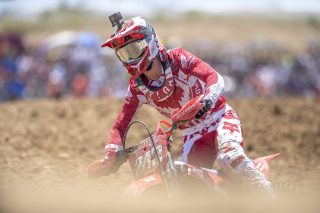 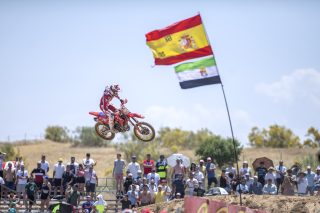 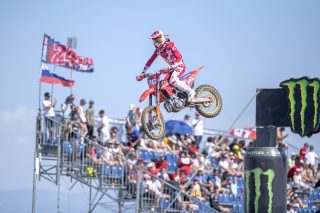 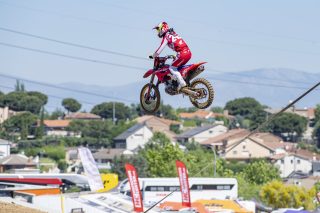 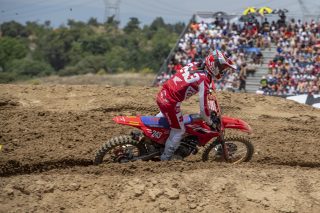 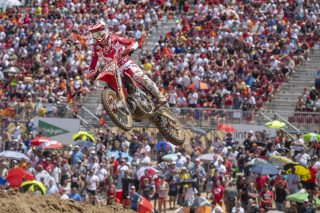 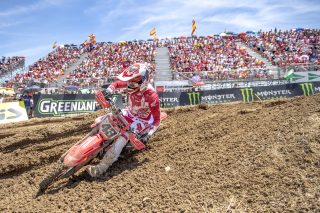 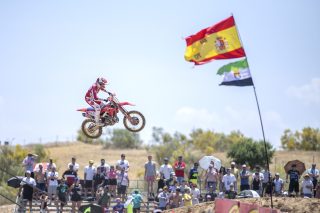 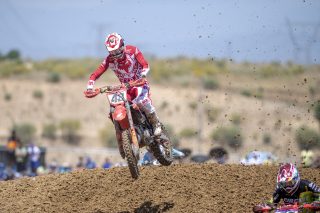 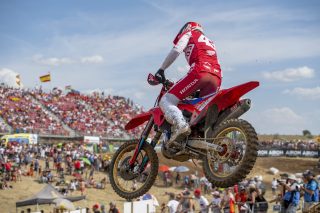 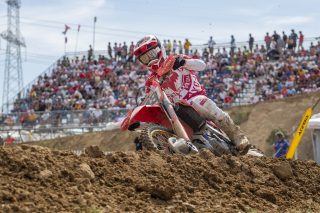 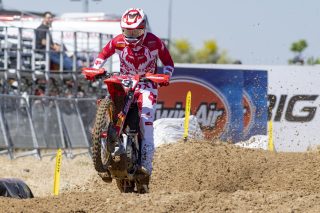 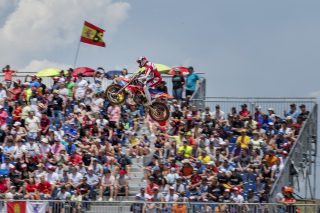 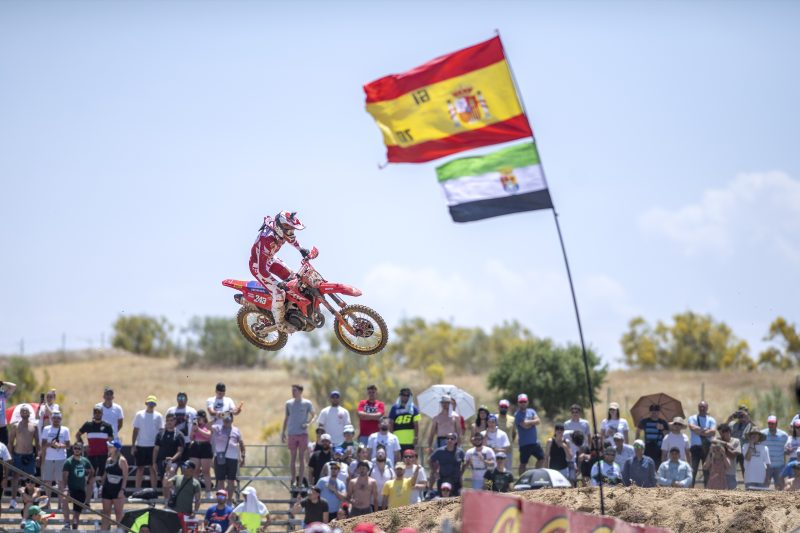