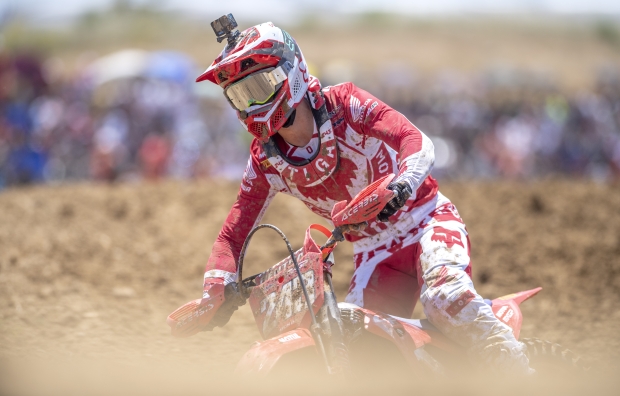 Remembered as the track that kicked off the era of epic Motocross of Nations in 2005, Ernee, France is back on the MXGP calendar once again after a five-year absence and looking to host another amazing event in front of a packed hillside of wild French fans.

Last weekend in Spain, current red-plate holder Tim Gajser continued his recovery from illness by posting a fourth overall after two-six moto results, giving him a 66-point lead in the 2022 MXGP Championship as the series now passes the halfway mark. The Slovenian had been in amazing form, winning six of the first seven rounds and he’ll be hoping to get back to those victorious performances this weekend.

Teammate Mitch Evans is also hoping to continue his upward momentum after posting his joint second-best moto score of the season in race two at the last round in Spain. The #43 has been in and around the top 10 for the last few rounds now, but he’s hoping for more in this second half of the season, where he wants to work his way into top fives, podiums and then finally challenging for wins. Given how he was looking just before his injury in 2020, these are definitely achievable goals so now he has to go out and make them happen, and that starts this weekend, on a track he has never raced on before.

2017 was the last time a GP was held here, which was before Evans made the switch to the world championships, and while Gajser rode on Saturday at that event, injury prevented him from lining up in the motos, so he doesn’t have any race experience there, other than when he won the MXON B-Final in 2015. Since then, there has been quite a bit of track development but the old-school essence still remains as the tight, twisty circuit is sculpted onto the side of one hill, while the thousands of fans watch on from the hill across the valley.

The weather forecast will be much cooler than the two previous rounds, which should make it a bit more enjoyable for the riders with showers expected to hit the track at some stage on what should be predominantly sunny weekend. Once again, the schedule is a two-day format with free and timed practice taking place on Saturday before the qualification race in the evening, which then leads into a Sunday morning warm-up before the two gate-drops at 14:15 and 17:10 on June 5th.

The last two rounds have been tough for me, but each day I feel better and better and I’m confident that I’ll be getting back to my best for this MXGP of France. It’s been a long time since I’ve raced at Ernee, as I missed the 2017 GP motos with an injury, so my last race is actually the 2015 Motocross of Nations, when I won the B Final. Still, it is cool to go back as it is a great venue and there should be a lot of fans there which always makes the racing a much better experience.

I’ve never raced at Ernee so I’m looking forward to checking it out as I’ve seen a lot of photos and heard the stories from the Nations that have been held there. It looks really cool but I have also heard it’s hard to pass on, which was similar to Spain last weekend, but I believe that they have done some tweaks since the last time the World Championships went there, so hopefully they have helped. Either way, I’m excited to get there and ride again and just try to get in two solid motos. We’re now in the second half of the season, which is when I was hoping to be up there with the top guys so that’s what I’ll be aiming for this weekend.

We’ve had two tough weekends in a row, but the team head to France motivated to put in some strong results at what should be a great weekend of motocross. Ernee always has an amazing atmosphere with the fans able to see most of the track from the hillside opposite so hopefully they’ll be seeing two Honda CRF450Rs out front. Both Tim and Mitch are looking to improve from the past couple of rounds and we’ll be doing everything we can to try and make that happen. 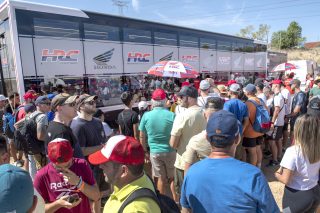 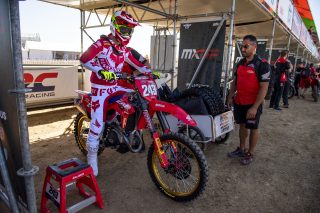 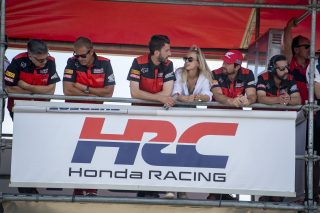 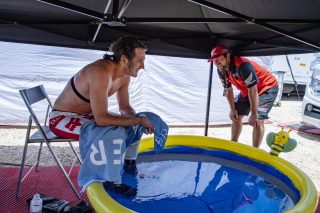 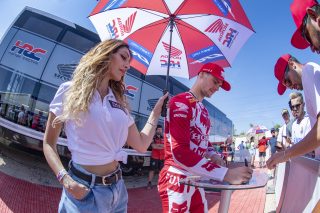 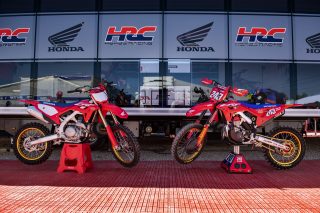 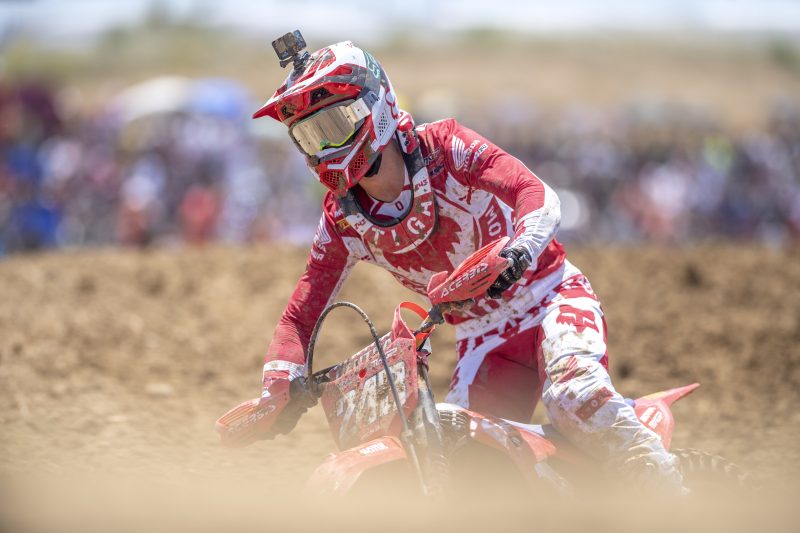