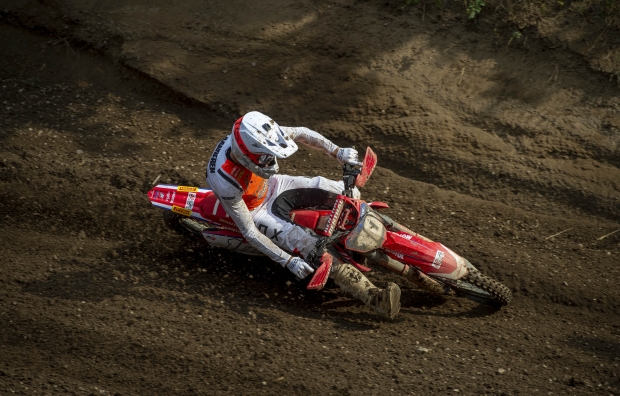 After his podium performance in Semarang at the last round, Team HRC’s Calvin Vlaanderen continued his strong return from injury with an impressive fourth place in the MXGP of the Czech Republic qualification race.

Like his MXGP team mate Tim Gajser, Vlaanderen was fastest in MX2 free practice and second in timed practice, which gave him second gate pick for the qualification race. Unfortunately he wasn’t able to capitalise on this though, as he almost got caught up in a first turn incident with a bunch of other riders. Eventually the Honda CRF250RW rider crossed the line for the first time in 11th place and set about trying to pass those riders in front of him. For the first seven laps of the race, Vlaanderen picked off one rider per lap and although he did briefly get into third place, he wasn’t able to make the pass stick. A small mistake on the last lap meant he had to settle for fourth, but after posting the fastest lap of the race coming through the field, he knows that with a better start he can challenge at the front of the field once again.

Tomorrow, Vlaanderen has a warm up session at 10:25am, which is then followed by the two main races at 12:15 and 15:10 where he will be hoping to keep this good recent run going and aim for a another podium position.

I had a pretty good day today. I was fastest in free practice, second fastest in timed practice and fourth in the qualification race. I had to come through the field in the race after a bad start and I don’t feel 100% comfortable yet but I think I have the speed and fitness and if I can get the good starts tomorrow, I know I can battle up front. It was nice to get the fastest lap of that qualification race because it proved that I have the raw speed in a race environment and that is a real confidence booster when the gate drops.

It was great to see Calvin at the top of the field in free practice and in second place in timed practice. It was just a shame that he couldn’t get out of the gate well in the race because he obviously had the speed to battle at the very front. Instead, he was still able to post the fastest lap of the race, coming through the pack and to finish fourth was a really good end result. We’ll be hoping for even better when the gate drops tomorrow. 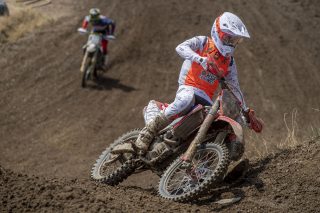 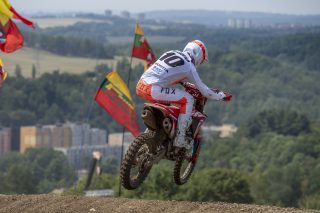 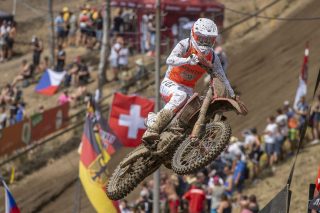 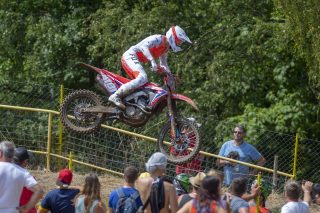 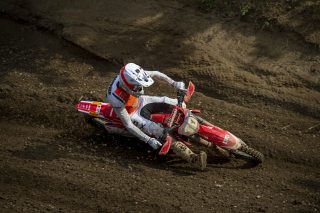 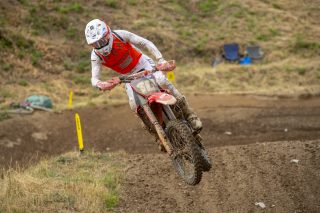 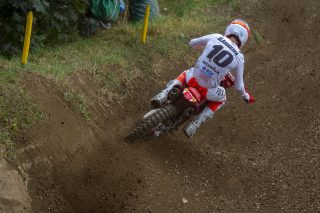 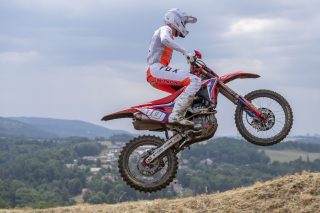 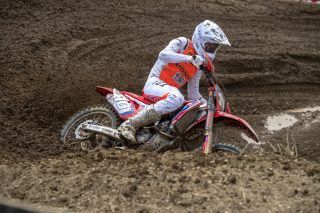 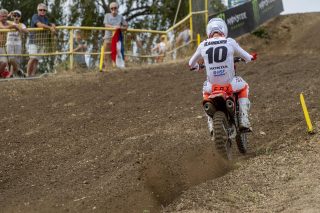