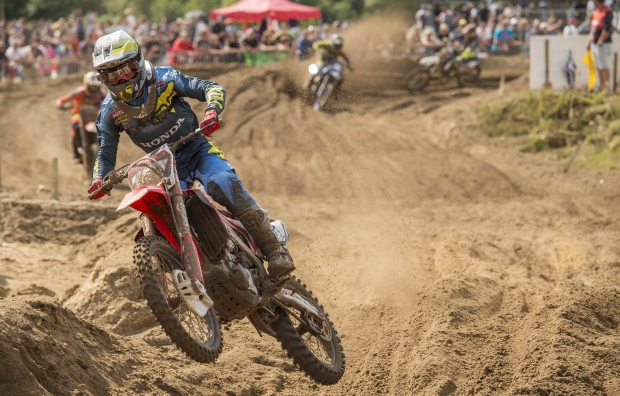 Michele Cervellin and Jed Beaton had a frustrating day at the MXGP of Belgium, as they fought their CRF250RW’s round Europe’s toughest track.

Michele, who has been in and out of hospital since Czech Republic, found himself struggling with his fitness. As he has been unable to ride or train properly over the last few weeks, he came into this weekend with a focus of finishing as best he could and managed to race consistently in both races to secure a 16th result overall.

Jed’s overall result doesn’t give a true reflection of how he was riding today. A bad start in the first race meant Jed had to fight hard through the pack, making his way from 38th to 18th within a few laps. As the Aussie started to reel in the next few riders, he crashed meaning all his hard work was undone. Jed’s start in the second race was much better but he was unable to avoid a pile up in the first corner. Picking himself up, despite making it back into the top 20 through the race, the Aussie crashed numerous times pushing him to the back of the group and out of the points.

Michele Cervellin heads into Switzerland next weekend with another stand in team mate on the CRF250RW who will be announced later in the week. Jed Beaton returns to Cargalss Honda for Switzerland, to compete in the EMX250 championship.

The MXGP of Belgium has been ok for me. I was 13th in the first race and then after one small crash I lost my rhythm and I finished 18th. In the second race, I had a good start in ninth or tenth which I was happy with but then in the last few minutes I lost a few places and finished 14th which is not so good but I just have not had my usual energy this weekend. I have been really sick in hospital over the last few weeks so I have been unable to train or get in any bike time. Now for Switzerland I can ride and train this week normally so I hope I can do better. I am happy overall with where I finished when I wasn’t even sure if I would race this weekend.

I haven’t exactly had the best day in Lommel today. The first start wasn’t so good and I don’t know what happened I think I just struggled a little bit and after making really good headway through the race I had a small crash which took all the energy out of me and then I ended up crashing again and by then I was just done! I wasn’t feeling it, I came in and regrouped for the second race. I got off to a good start in the second race but Jonass went down and a huge pile up happened and I ended up in it. The first couple of laps after that was good, I made progress through the pack and I was just trying to flow. Probably about six laps in I went down again which just took all my energy out of me again, then I ended up crashing another three times. So basically, this whole weekend has been a series of crashes. The track was so gnarly, it is the roughest track I have ever ridden. So, all in all, a lot of negative and positive things to take away from this weekend.

Over the last few weeks Michele has been in hospital which hasn’t exactly been the best preparation, heading into what is the toughest race of the year this weekend. Despite this handicap, he managed to finish both races in the points. During the week, we were contemplating whether he would even be able to race today so we must take a positive from this.
A crash strewn ride for Jed put him out of the points scoring positions in both races. The first race he had a terrible start, then he managed to make his way into the top 20 before a series of crashes put him down the field. The second race started for him by being involved in a big pile up in turn two and picking himself up off the floor, pushed and came through quite well. Jed then succumbed to a further series of crashes, which dropped him down the race

Race Round 14   MXGP of Belgium Belgium 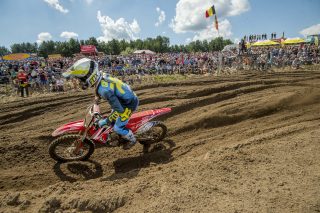 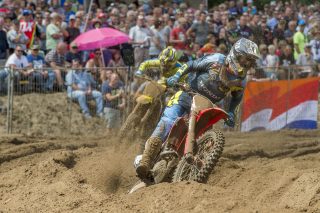 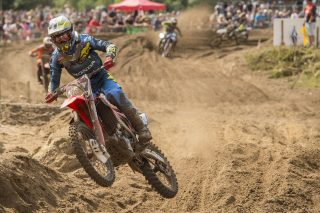 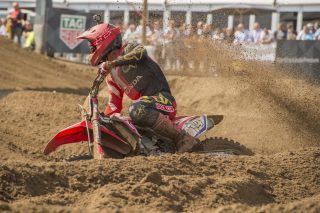 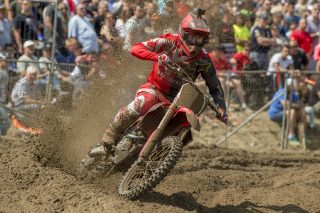 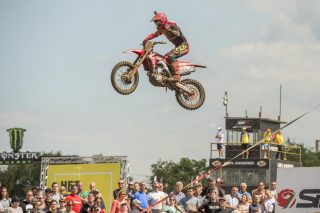 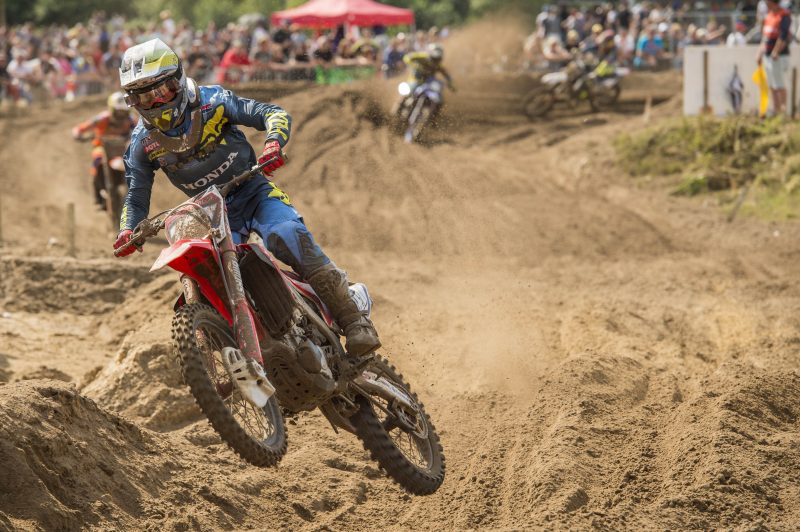