Team HRC MXGP riders Tim Gajser and Evgeny Bobryshev found luck wasn’t on their side today as they bashed through the Belgium sands on their CRF450RW’s, on a track labelled as; ‘the most challenging track’ on the MXGP calendar.

With no more rain overnight, the track had a chance to settle and the sitting water that was a problem in qualifying yesterday had been drained, allowing for much better line choices for riders.

Although the water had cleared off the start line, Gajser still struggled with his first race start and found himself getting knocked about in the first corner. The Slovenian was unusually caught up in the pack and although he had the speed, he couldn’t get the momentum to make many passes coming in ninth. The second race started better and this meant Gajser could make some efficient passes, getting into the top six. By the end of the race he found his rhythm and was pushing for a top four finish. The relentlessly rough Lommel terrain bit Gajser back and he went down twice in the last lap in his efforts to push for a higher position.

Bobryshev after a difficult first race battling with the pain in his back, showed early promise in the second race with a good start in fifth place. The Russian looked more at ease and he appeared to be making headway on a now perilous track. Unfortunately, in the last five minutes of the race, a back-marker collided with the Russian knocking him off his bike and winding him, meaning Bobryshev had to retire from the race.

Next week the riders head into Switzerland for round 15 which is the also the middle race in a back to back trio.

I am disappointed with today. We have been testing and during the test the speed was there, I was fast and comfortable on the bike. When I came into the race it was different I was struggling first Moto, I didn’t have a good start and I was struggling to pass the riders in front of me. My speed was there but I just couldn’t make a pass. Second race was a bit better, I had a better start and I made some decent passes. At the end of the race I was really fast, I caught Desalle and Coldenhoff and then I made a mistake and fell down and then fell again in the last lap. So, it has been a really disappointing weekend overall. That is just how it is, this season I don’t seem to have any luck but that is racing.

Today was not an easy day for me. I had a lot of pain in my lower back from yesterday which gave me loads of problems in the first race and I ended up slowing down for a few laps to recover and I finished badly.
The second race was going much better for me, I had a much better start and then I collided with a back marker. I am not sure what he was doing, or trying to do but he landed on me and knocked me off the bike and I ended up winded. I was worried I had hurt my back more too and I DNF’d the second race as a result. It is not getting better for me at the moment. It is a shame but I still keep my head up and keep fighting to come back. I am lucky I have such a good team behind me and I will work hard to come back for Switzerland.

What a day, today as been. As we all know, Lommel is a notoriously difficult track and for us today really the luck wasn’t on our side. Tim got tangled in the second corner of the first race which put him down the field. Then the uphill struggle started for him to get back through the pack which eventually meant he came in ninth. His second race was a much better and he was holding sixth throughout most of the race, then in the last three minutes he made a push for fourth but cross rutted off one of the jumps and went down, costing him four positions. Obviously off the back of this, Tim is not so happy with today’s performance. Bobby came into Lommel already carrying an injury. During testing this week, he compressed his spine causing the muscle to spasm in his back. This forced him to ride the bike stiffly and it was evident as he was riding round to avoid as much pain as possible. In typical Bobby fashion, he did push throughout the race to finish. As he went into race two, he had a much better start and was running more to the front. Then, five minutes till the end a back-marker jumped onto his back and took him out. He was checked out medically and thankfully he was only winded and bruised. A great shame as he was fighting through the pain and it would have been a good result for us.

Race Round 14   MXGP of Belgium Belgium 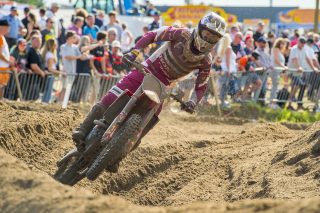 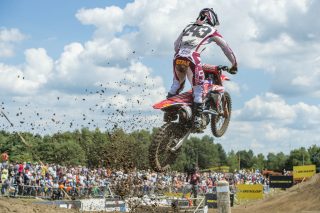 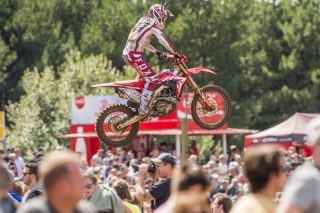 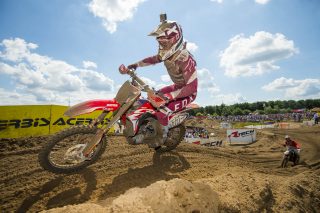 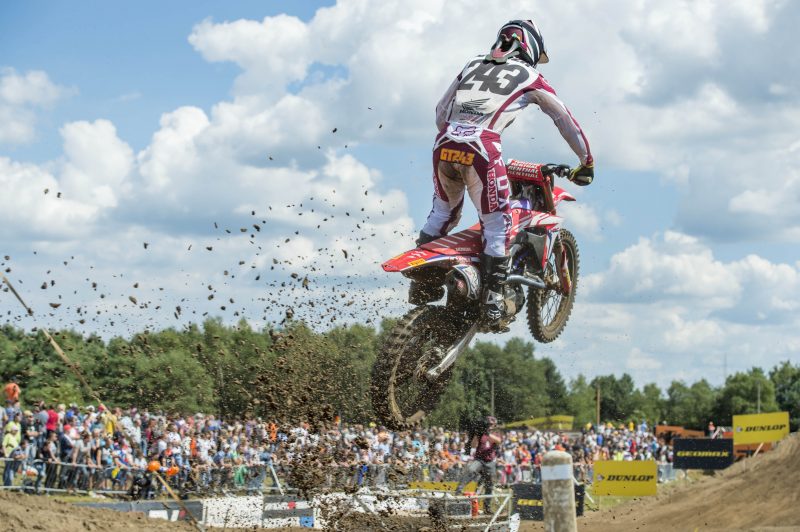