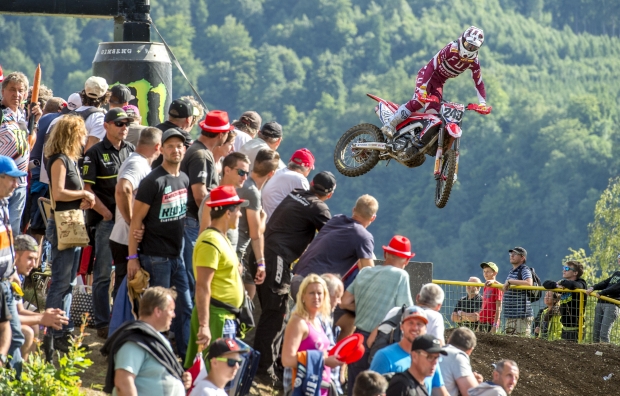 Tim Gajser made a welcome return to the podium today as he took a holeshot and third overall today in Loket at the MXGP of Czech Republic.

The weekend was already off to a positive start for Gajser with taking a holeshot and a second-place finish in yesterday’s qualifying race. As the gate dropped for the first race today, it was clear to see that the Slovenian felt at home again on his CRF450RW. He took the holeshot and led the race. Desalle put some pressure on him for the first half of the race but he didn’t buckle, continued to lead for the rest of race, to take finally the win. The second race started much in the same way as the first, Gajser took the holeshot and began to lead the race. Amidst battles with Herlings and Desalle, Gajser came in fourth for third overall and a podium finish.

Bobryshev displayed early promise again today with the setting the fastest lap time in the warm up. When it came to the race however, he just couldn’t find his rhythm. Although the second race was good for the Russian, alongside two bad starts and some small mistakes in both races he finished 10th overall for the weekend.

The season now takes a weekend break before heading into a series of back to back races in the lead up to the end of the season.

I am really happy as the weekend has been really positive for me after many weekends struggling. Too now be back on the podium is great, I had a good first heat leading all the race. The second race I took the holeshot and for the first couple of minutes I was feeling great and then made some small mistakes, lost my rhythm and it was not easy to come back from that. I was struggling in the last couple of minutes. All in all, I am happy. It is the first weekend in a long time that I have enjoyed riding the bike, I am going to take all the positives from this weekend, focus on that and bring them to Lommel.

For me today was tough. In the warm up I could make a fast lap time and this gave me quite alot of confidence but then it got to the race and made a bad start in both races. In the first race I was just struggling I was eighth and I dropped to 14th. I made so many mistakes and couldn't find the rhythm. I couldn't get locked in the bike and I just spent all race getting angry with myself. The second race I was riding better but I am really disappointed about the day overall. I need to change my structure of training and get fitter and more confident so I can get back to the pace I was at, at the beginning of the year. It is frustrating to be riding like this and getting these results.

Today was really good to see Tim back on the podium, where he belongs. He had a really good first race and was riding in the same form we saw from him at the beginning of the year. His second race wasn’t quite so strong but we expect that is due to the lack of bike time. Bobby struggled all weekend on a track that normally suits him. His fitness is back to normal now since his collarbone injury, so it is just a case of building a stronger physical base for the next GP. 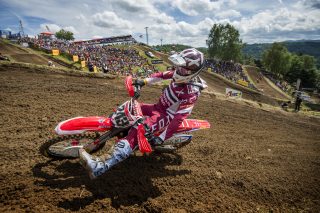 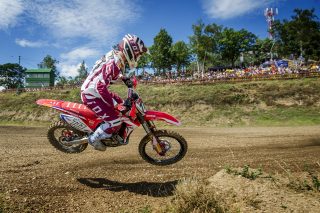 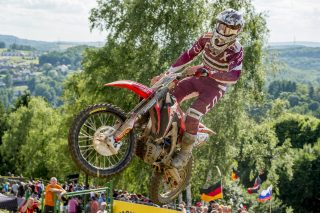 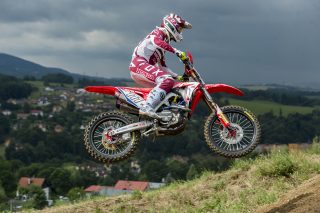 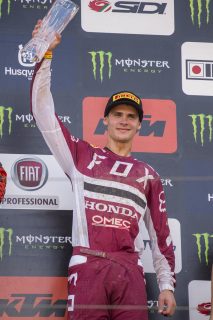 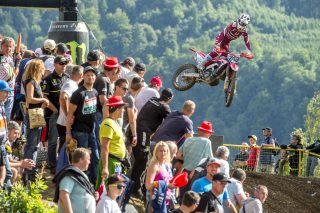 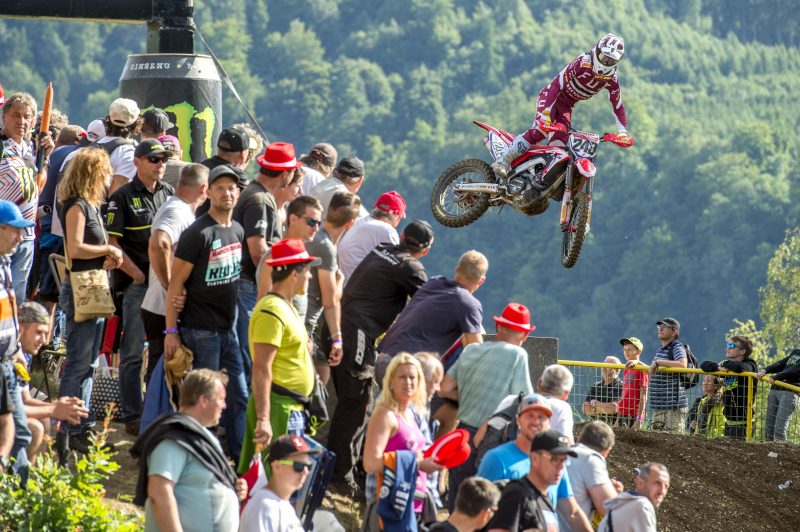