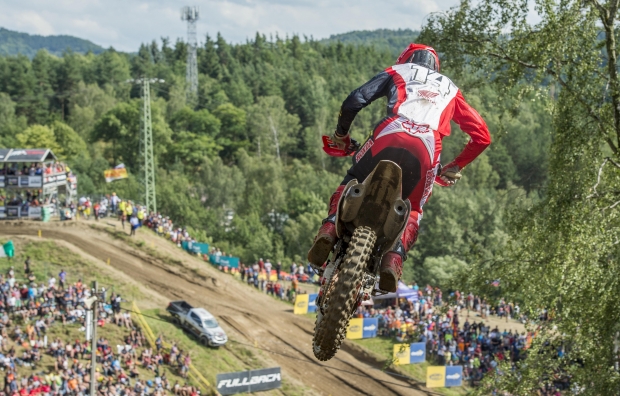 Honda Racing Family member; Jed Beaton, made an impressive debut this weekend in his first MX2 race with HRC at the MXGP of Czech Republic.

Having not been overly pleased with his qualifying result yesterday and with a better understanding of the MX2 class, Beaton went out today to show HRC what he is capable of. His start in the first race was poor and made more difficult with a sodden track which; mid-pack, left riders caked in mud. Having used all his tear-offs whilst battling for positions, he stripped his goggles off 15 minutes into the race and fought on to take 14th. Jed performed much better in his second race, having a bad start but managing to quickly cut his way through the pack, Beaton quickly got into 12th place. From there he went from strength to strength, with lap times increasing as the race went on and latching onto other MX2 riders his determination and consistency earnt him a well-deserved ninth place finish.

Michele Cervllin had been suffering all weekend with sickness but had decided to race today despite feeling under the weather. As the rain poured down before the first race, Cervellin got on better in the slushy mud. Not getting the best start due to having last gate pick, Cervellin picked good lines through the mud to finish 13th. Having used up all his energy in the first race, the Italian then faded slightly in the second race but pulled it back in the end to take 14th.

The series now takes a one week break before Jed Beaton remounts the CRF250RW machine to return for his second MX2 race.

Today was a difficult race as I didn't qualifying yesterday due to being ill but today the actual racing was a little bit better than yesterday. The racing wasn't actually that good but I got some points for the championship. Weirdly I was actually really sick in the Loket round last year too and ended up in hospital. We have one week free now so I will get back and do some more training in the sand ready for Lommel.

Today was a good day for me. Like I said I wanted to improve every time I rode and that is exactly what I did this weekend. I know I just need to improve my starts as I didn't have a good gate today and as a result I had to put in a lot of extra work to get the results. In the first race, I had to lose my goggles 15 minutes into the race but the race was not so bad. The second race the track had dried out and it was so much better and it was a better result. I just tried to ride consistently ride and maintain my speed and positions.

Jeds results were quite impressive today considering he had poor starts in both races. The first start was worse for him but the second race still left him with a lot of work to do on a track that was exceptionally difficult to pass on. I am really pleased with the way he rode today.
Strangely enough like last year, Miki was ill again here at Loket. Last year he ended up in hospital on a drip for rehydration, this year he had an issue with his tonsils which meant he had very little sleep and a high temperature so his results today were all that could be expected, in light of these issues. 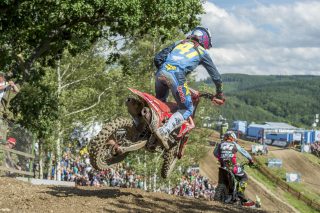 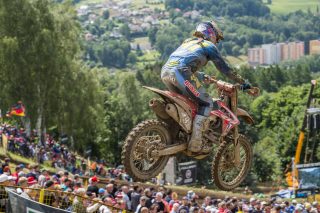 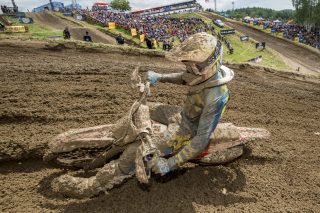 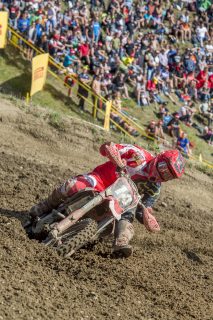 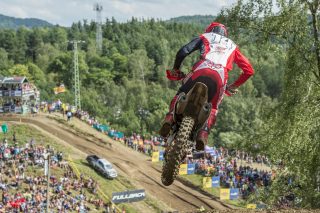 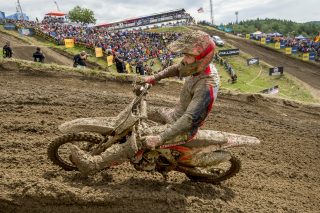 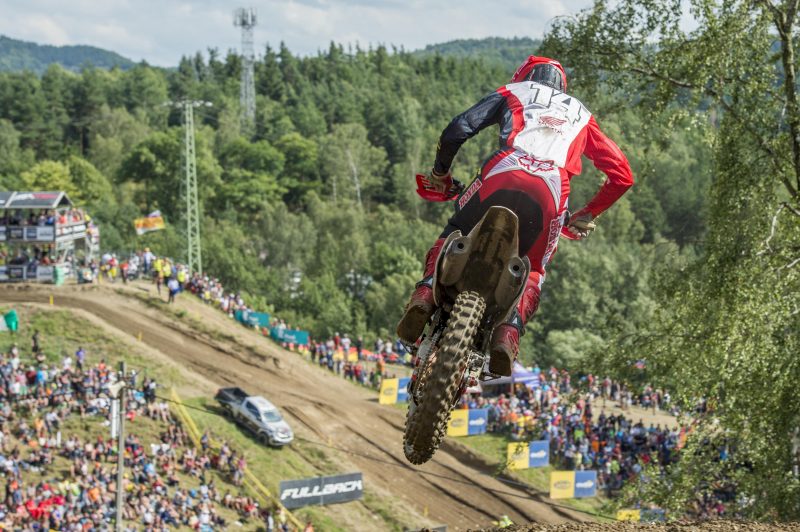