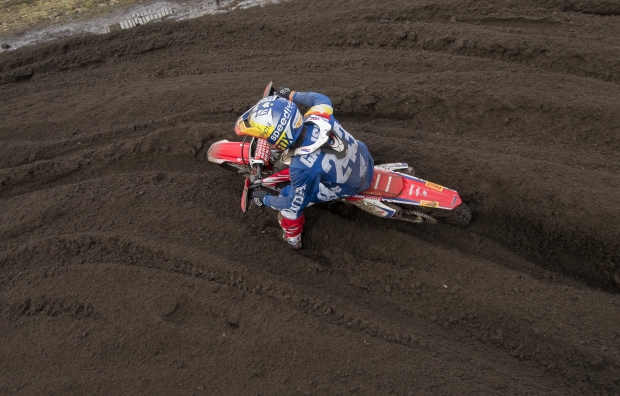 Tim Gajser had a successful season debut in the Netherlands today as he claimed ninth place overall in the MXGP of Europe at Valkenswaard. After finishing ninth in the opening encounter of the day, he crossed the finish line of race two in thirteenth place despite crashing unhurt in two separate occasions.

Gajser got a good launch as the gates dropped and ran fourth in the early stages of race one. After a couple of strong laps, the Slovenian rider was unable to match the improving pace of the riders around him and had to give up a number of places, moving down to 8th. From there Tim did his utmost to maintain his position but after dropping one more place he was eventually ninth at the finish line as the chequered flag was deployed.

Tim had an even better start to the second encounter, running in second place as the MXGP field entered turn two. Gajser had a difficult time in maintaining the position as he quickly dropped down to 5th place before eventually losing the front and crashing unhurt halfway through the second lap. The former MXGP and MX2 world champion managed to jump back on his Honda CRF450RW and from 18th place he made his way back to 14th position before another crash occurred; Gajser re-joined the race and was 13th at the end of the encounter.

Team HRC will now pack up and get back on the road towards Spain to contest the MXGP of Spain at Redsand next weekend.

Actually I am a little bit disappointed because yesterday I had good speed and the qualification race went well, so I was expecting a bit more from today. I had two good starts but made quite a few mistakes that cost me a lot of time but I’m happy that finished both races – and that I didn’t get hurt. We did some important laps, so now I’m looking forward to Spain.

After what he’s been through lately in terms of injury and recovery, we can be quite happy with Tim’s performance and results for this weekend. He was fast but lacked a bit of consistency, and he ended up making some mistakes which fortunately left him unhurt. The season has just started for him, so it’ll be important to build some momentum in the upcoming races. The Honda CRF450RW worked really well throughout the weekend so a thank you goes to all the team members for the great job.

Race Round 2   MXGP of Europe Netherlands 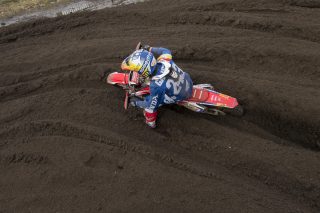 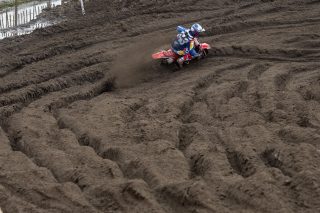 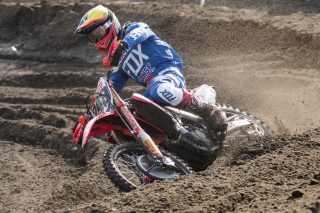 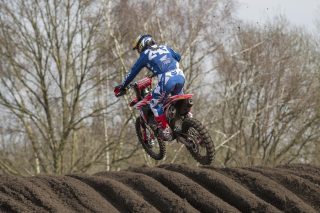 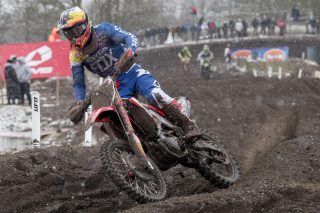