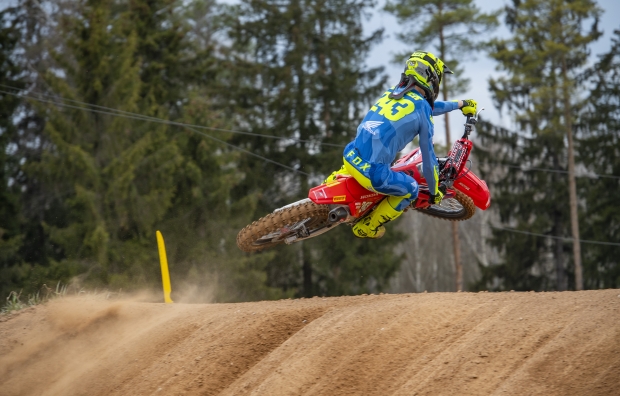 After winning the last five motos, Team HRC’s Tim Gajser is looking to extend that winning streak at the seventh round of the 2022 MXGP World Championship, held at the prestigious Maggiora track in northern Italy.

Having hosted some of the most memorable moments in motocross history, the hillside venue is hoping to become a regular on the MXGP calendar once again, after last year’s return from a five-year hiatus.

So far in 2022, Gajser has stood on the top step of the podium five times out of six, narrowly missing out on a full-house by a couple of seconds. He has won eight of the 12 motos and sits 66 points clear after just six rounds. It has been a season of controlled-speed and impressive passes from the Honda CRF450R rider and he’ll be hoping to continue this form at a track that he actually won at back in 2015 on his way to the MX2 World Championship. Last year’s storm-hit event didn’t quite to plan so he’s fully-focused on making sure that doesn’t happen again and is instead looking to try to increase that five-moto win-streak even higher.

For teammate Mitch Evans, his race experience at Maggiora consists of just the 2016 Motocross of Nations, when the young Australian made his professional European debut. It was a massive step-up, but sowed the seed that eventually saw him make the transition to the MXGP series a few years later. And while 2022 hasn’t gone entirely to plan, he has made positive strides this year and will return to this majestic circuit with the belief that things will get better as he gets more and more track time.

As has been the case this year, the event will be run over two days, with free practice (11:20), timed practice (14:00) and the qualifying race taking place on Saturday 7th May. The two points-scoring motos will then have their gate-drops at 14:15 and 17:10 on Sunday 8th.

I’ve had a good weekend off since Latvia. I’ve kept up my training programme but also been able to have some relaxation time as well. This is such a long season and we are about a third of the way through so I need to make sure I don’t overdo things too early. Obviously, things are going really well on the bike, and Latvia was another really good round for me, going one-one, so I just want to keep that feeling up and enjoy my racing. I like Maggiora so hopefully the weather will be good and Team HRC can have another strong showing.

I feel like I’ve been riding better than my results suggest, so now it is a case of putting it together in both races for the full motos. My laptimes have been close to what the top guys are running so I need to get my starts sorted out and then ride like I know how to ride. I’m hoping that it’ll all come together in Maggiora and that this race will provide the platform for me to really settle into the top 10 and aim higher for the rest of the season. The only time I’ve raced in Maggiora was the Motocross of Nations in 2016 so it’s been a while but I enjoyed that event and I’m excited to go back there.

Maggiora is a good race for the team and for the riders. Our workshop is close-by so that makes things easy logistically, and the track is one that Tim has done well on before. Mitch doesn’t have that same experience but sometimes it can be good to come into a race with a fresh approach. Latvia turned out to be a good event for Tim, with his gap at the top of the MXGP championship now 66 points, which does give him some breathing room, but he knows how quickly that can all change so he is determined not to lose focus. We all hope the weather is good and lots of Italian fans come out to really make it another special event. 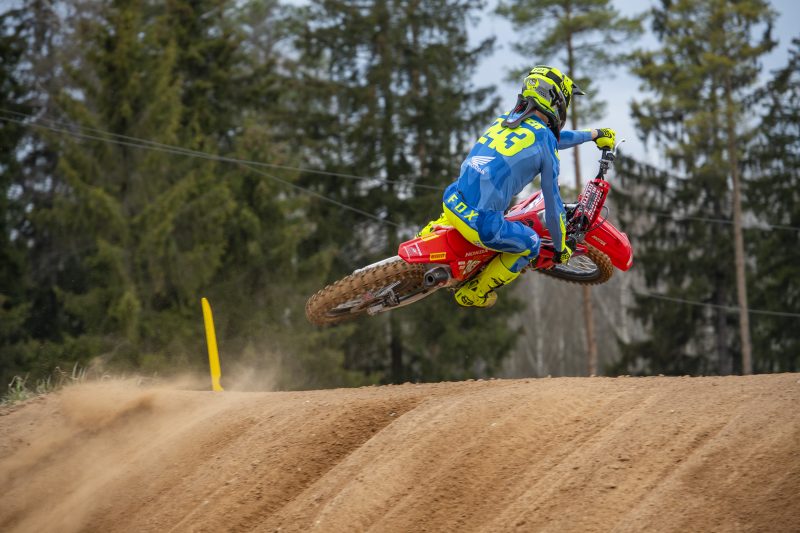